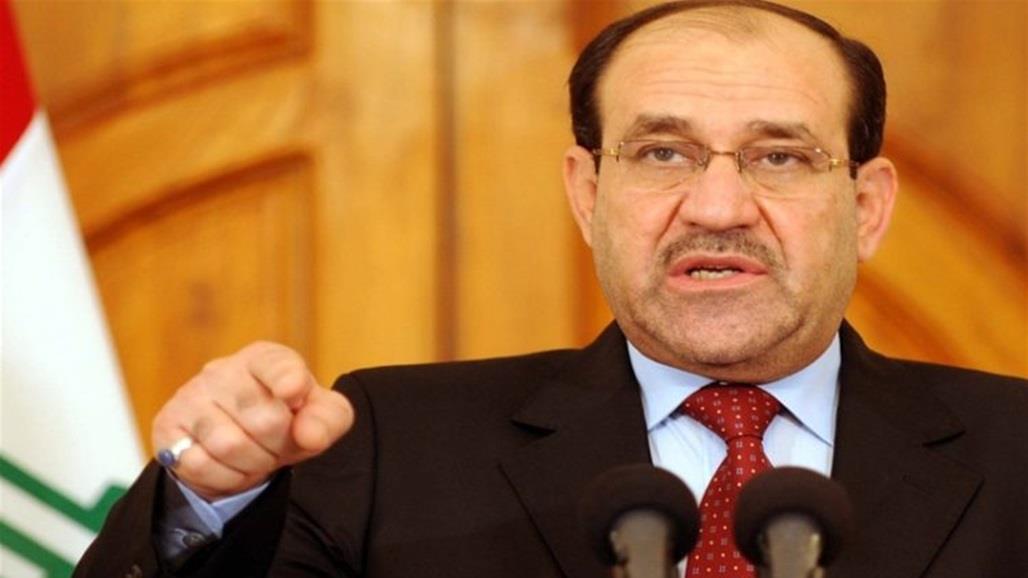 The head of the State of Law coalition, Nouri al-Maliki, warned on Friday that the country would be a battleground for more than one country, including Iran, if Israel continues to target Iraq.

And he moved his office manager, in tweets published on Twitter, the head of a coalition of state law as saying, "if it continues Israel 's targeting of Iraq will be Iraq , an arena for conflict involving more than one country, including Iran."

He added head of a coalition of state law that " Iraq will respond by force if proved the involvement of Israel 's bombardments."

Earlier, the New York Times quoted two senior US officials as saying that Israel had carried out several strikes in Iraq over the past few days on ammunition depots in Iraq . the past.

The deputy chairman of the Popular Mobilization Council , Abu Mahdi al-Mohandes , last Wednesday accused US forces of being "the first and last responsible" for the attacks, which were carried out "by agents or by quality operations with modern aircraft."

He accused the Americans of "introducing four Israeli drones" to Iraq to carry out "sorties" targeting Iraqi military headquarters.

The head of the Popular Mobilization Authority,  Faleh Fayyad, easedIn a statement issued following the statement of the engineer, the severity of these accusations made by the latter, and said that the "preliminary investigations" revealed that the incidents were "an act of external orchestrated," and stressed that "investigations will continue to accurately identify the responsible authorities in order to take appropriate positions against them. ". On Thursday evening, the Popular Mobilization Commission

published a video showing the air defenses of the Hashd forces confronting a "hostile" drone that attempted to reconnaissance the headquarters of the 12th Brigade in the Baghdad belt.

Prime Minister Adel Abdul Mahdi last week ordered the transfer of all ammunition depots belonging to the armed forces or armed factions outside the cities.

Re: Al-Maliki: Iraq will respond by force in the case of proven involvement of Israel bombings

Page 1 of 1
Permissions in this forum:
You cannot reply to topics in this forum
Who is online?
In total there are 133 users online :: 3 Registered, 0 Hidden and 130 Guests :: 2 Bots

Most users ever online was 2065 on Mon 9 Apr - 14:34
Latest topics
» Iran jails U.S. businessman, possibly jeopardizing Biden's plans for diplomacy with Tehran The imprisonment of a fourth American could derail a bid by the incoming Biden administration to revive a nuclear agreement with Iran.

Yesterday at 7:14 by Purpleskyz

Yesterday at 7:10 by Purpleskyz