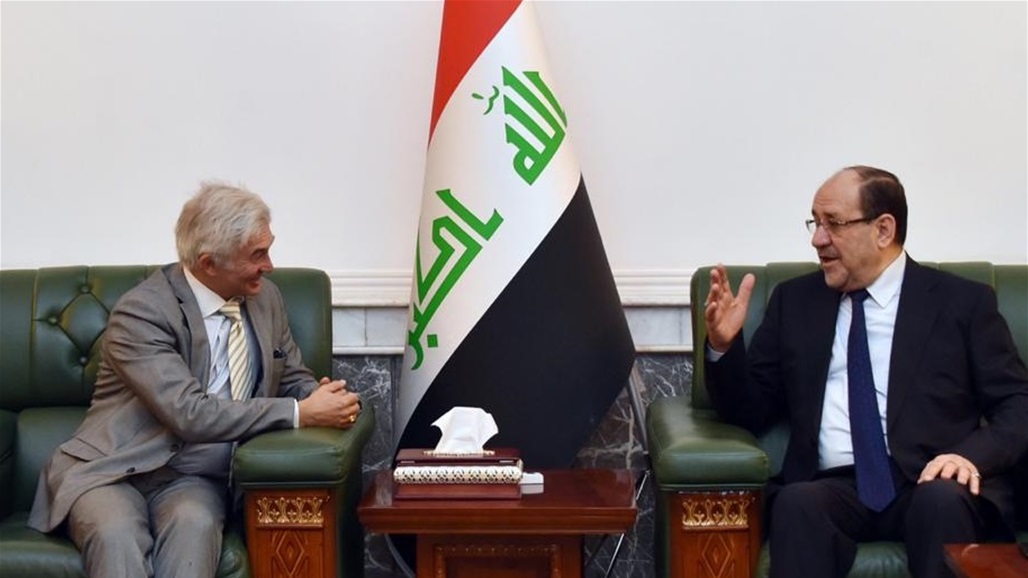 The head of the coalition of the rule of law Nuri al-Maliki, on Wednesday, the positions of the European Union in support of Iraq.

A statement from Maliki's office received a copy of Alsumaria News, "The President of the coalition of state law received in his office today, the European Union Ambassador to Iraq  Ramon Bilqua on the occasion of the end of his duties in Iraq ."

He added that "during the meeting discussed the issue of developing and strengthening relations between the European Union and Iraq ," stressing "the importance of advancing these relations to higher levels, wishing the ambassador success in his future tasks."

During the meeting, al-Maliki praised the positive attitudes of the European Union and many European countries in supporting Iraq , especially in the humanitarian and military field, as well as assisting in the return of displaced people, reconstruction of liberated cities and supporting national dialogue.