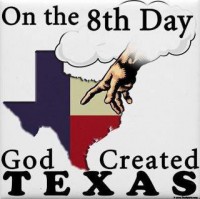 My sincerest wish is that no one reading the following takes any offense or believes I am attempting to insult anyone's intelligence or understanding of the fiat currency system this nation as well as many of the worlds nations who have implemented similar programs and one of the very real aspects of why a GCR/RV is so essentially needed at this point in time, even though I personally have owned currency since 2004 and have been told like many, the new rates will be visible in the next so many hours.
As some may know my background has been in money management and marketing of securities as well as structuring Private Placement offerings since 1971, but that history has allowed me to meet and secure the confidence of many very well placed professional money managers and high level members of the Wall Street investment banking community, many now retired some still active, but all a wealth of knowledge surrounding the economies of our nation and the worlds markets.

While the Federal Reserve Note, money created out of thin air, is regarded as the Reserve Currency of the world, the insecurity of same as an asset has finally reached the end of its useful life, a new Gold/Asset backed currency has been in the implementing stages for better than 20 years and has recently become a subject that us and those similar to us have come to understand and be aware of with the advent of these various chat rooms as well as the numerous calls conducting telephone seminars that hopefully keep us current and ever hopeful. Thus far nothing should be new  information for the most part.

Well over the past 24 to 36 hours much additional information has come to my attention and while for security purposes I must remain sacrosanct so as to not create any additional concerns that would further delay our pending exchange possibilities. We have heard before, concluded by and then a date or by the end of a certain month, the end of this month being the most recent time line. From the information relayed this day including the number of national central banks around the globe including Germany as the largest who are all on the verge of failing, the numerous tests on the new banking codes and systems that have been implemented, and what the brokerage community is preparing for I am most comfortable in advising we all remain extremely alert over the next 24 hours and actually quite possibly a much narrower window. Would very much appreciate that this information remain within WSOMN and you keep your phones fully charged.  Was further advised bank appointments can begin within hours of the release of those elusive numbers we await. ~ God Bless
*****************

Page 1 of 1
Permissions in this forum:
You cannot reply to topics in this forum
Who is online?
In total there are 87 users online :: 1 Registered, 0 Hidden and 86 Guests :: 4 Bots