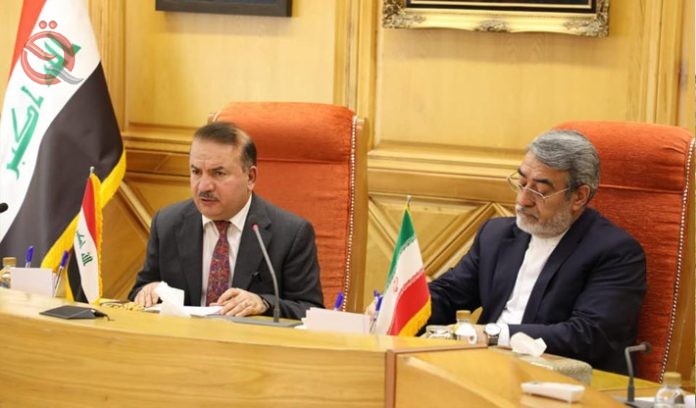 Iraqi Interior Minister Yassin al-Yassiri and his Iranian counterpart Abdolreza Rahmani Fazli have signed a memorandum of understanding to open the border crossing point between the two countries.
Fadhli told a news conference during his meeting with his Iraqi counterpart Yassin al-Yasiri that according to the signed memorandum of understanding, visas between the two countries have been canceled and the level of services and facilities provided in other areas will increase, especially for visitors to Arba'een, according to Fars news agency.
He added that according to the memorandum of understanding, security in the border areas will also be enhanced, describing cooperation between the Iranian and Iraqi interior ministries as "continuously improving. During the past years we have seen appropriate cooperation in the fields of security, border trade and during the 40th visit season."
The Iranian minister praised the cooperation of the Iraqi government, pointing out that President Hassan Rouhani "followed several issues, including the 40th visit, during his visit to Baghdad. We will witness the opening of the Khosravi border crossing as well as the abolition of visas and the strengthening of services and facilities in other areas."
He pointed out that today's meeting was in accordance with the Memorandum of Understanding, which covered all issues such as bilateral relations, security, borders and police relations, adding that "this Memorandum of Understanding is a major step towards enhancing cooperation, consolidating relations and improving conditions in both countries and their provinces."