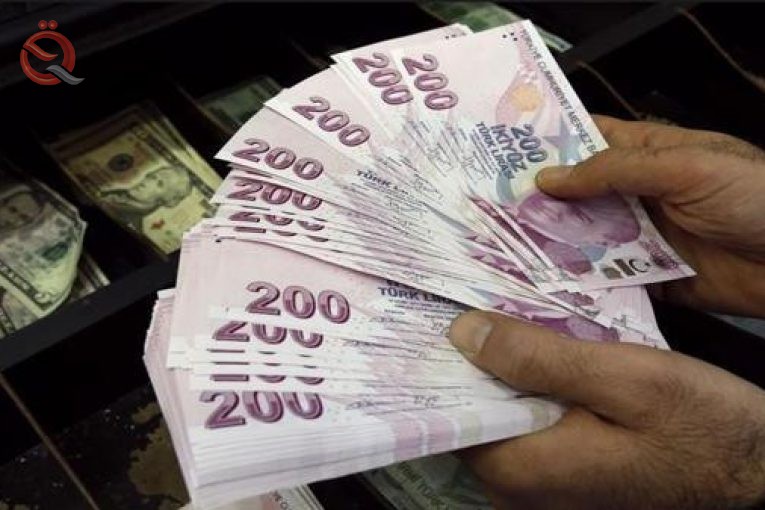 Economy News - Baghdad
According to data released by the Turkish Commission, Iraqis came at the top of the list of the most buyers of real estate in Turkey by 3,337 properties, followed by Iranians with 2,202 properties, the Russians by 1264 properties, and the Saudis with 1,094 houses.
The real estate sector in Turkey benefited from the depreciation of the local currency during the first half of this year, and the reduction of the value of real estate that enables foreigners to obtain the extraordinary citizenship from $ 1 million to $ 250 thousand. The first of 2019 compared to the same period last year.
This figure, economists considered an important indicator of the exit of the sector from the recession during the last period, and the return to attract investors in a field vital to the Turkish economy.
According to the Turkish Statistical Authority, the number of properties purchased by foreigners is about 20,000, bringing the proportion of property sales to foreigners in Turkey almost fourfold in the last six years.
The statistics group said in a report that the group of housing sold throughout Turkey during the first half of 2019, amounted to 505 thousand and 796 houses. Istanbul topped the best-selling cities, with foreigners buying 8,903 residences, followed by Antalya with 4,933 properties, followed by the capital Ankara with 1,111 properties.

According to data released by the Turkish Commission issued recently, Iraqis came at the top of the list of the most buyers of real estate in Turkey by 3,337 properties, followed by Iranians 2,202, then the Russians by 1264 properties, and the Saudis with 1094 houses.
Investment opportunities
One of the main reasons for the increase in sales to foreigners in Turkey recently is that prices are considered very favorable when compared to real estate prices in Europe. He explains that the price of a two-room property and a lounge in Istanbul within a residential complex containing services of swimming pools, gyms and security protection can reach between $ 90 and 140 thousand dollars in good areas for housing.
These prices can increase as we approach the city center or the Bosphorus waterfront. The price of the same area within the same area may vary as a result of finishing, cladding and materials used by up to 10% or more.
As for the Arabs to buy real estate in Turkey, the sales manager adds that the reason related to the proximity of culture, customs and traditions with the Turks, and that the opportunity to obtain exceptional citizenship is a cause that can not be ignored, and in any case, the purchase of real estate prices constant despite the exchange rate decline, is an investment opportunity And a near-guaranteed profit for businessmen, who are already reaping its price, when the lira improved to the best price in five months and reached about 5.5 pounds to the dollar.

Turkey is strategically located on the continents of Asia and Europe, and the renaissance it has built in recent years has been an important reason for attracting foreign capital, as well as a free market. This allowed a large number of nationalities to own property (183 nationalities) after the foreigners were allowed in the name of a limited company.
According to statistics, sales to foreigners during the first six months of 2019 amounted to about 20,000 houses average amount paid per property 150 thousand dollars, achieving $ 3 billion and an increase of 68 per cent over the first six months of 2018.
Rebound after stagnation
The pound's depreciation over the past year has given many foreigners purchasing advantages, he said. A person who had one dollar took him 3.5 lira, and he can now get about 5.5 lira against the dollar.
The demand for ready-made properties is increasing as they have a good price opportunity because new properties are more expensive due to exchange rate differentials and therefore have higher prices. This comes in light of the growing purchasing power of foreigners because of the fluctuation of the lira, and with the rigidity of the real estate sector and not affected by crises, and the fact that real estate investments in general, characterized by being a long-term investment, as the duration of benefit from the purchase of the property up to a few years, while the follower finds the crises going through The Turkish economy that, on its own, does not prolong its periods before it subsides.
The sales manager adds that last month, as the central bank's interest rate cut from 24 to 19.5 per cent coincided, some of the money deposited with banks began to go out into the market, especially real estate, the most delicious and probably the most assured of the price stability.

Padengke expects a further rate cut before the end of the year, which in his opinion means more stimulus to the real estate market, both in terms of investing Turkish money or foreigners' buying, which means logically, and because real estate is a leveraged sector of many occupations, we are likely to see growth Turkish economy and the recession that hit the economy last year, for the first time in ten years.
Government encouragement
For his part, says the Turkish analyst Ozjan Oisal that the Turkish government is aware of the importance of the real estate sector, although its contribution may not exceed 5% of the GDP, but it is an inflammatory sector that provides employment and other sectors, and generates foreign cash through the purchase of foreign real estate and residence And spending in Turkey.
Turkey's average price has risen by more than 200 per cent for some goods and products in the last two years, and the lira exchange rate has fallen by more than 24 per cent, but real estate prices have not changed much, keeping this sector the most favorable environment for investment.
The Turkish analyst says that his country has called for a time of high interest, which means the entry of new money into the market in the near future, some of which are going to real estate, but the government's policy of encouragement, manifested in other ways, such as the reduction of the interest rate on mortgages for Turks, "and today we are seeing competition between private banks The government has put interest on mortgage loans at less than 1 per cent.
"Turkey always promotes tourism and real estate through drama, for example," he said. Turkish real estate companies have also expanded to the Gulf countries, especially promotional campaigns have reached Russia and most European countries.
In the same vein, a director in the Turkish Tabu and Real Estate Survey, Mehmet Zaki Adli, said that the General Directorate of Tabu is preparing to open offices in five countries, including Arab countries.

Adli points out in a press statement a few days ago that they had opened an office for them, as a pilot application almost three years ago at the Turkish Embassy in the German capital Berlin, and now there is a plan to expand to France, Belgium and Arab countries, "with similar requests from other countries to open offices We have begun to intensify our efforts with the issuance of a presidential decree in this regard, and we have coordinated with the Ministry of Foreign Affairs in determining the countries in which we will open our offices. "
With the opening of the foreign offices of the Tabu, foreigners will be able to buy property in Turkey while they are in their home countries without traveling to Turkey.