“I still hold Charles responsible for that because he would declare up and down this is the best investment,” Webber said.

Stein told Webber in a February email Trois was not a guarantor on Webber’s investment.

Trois sued the Meta 1 Coin Trust and trustee Robert Dunlap for fraud in January in Bexar County district court. Trois alleged that Meta 1 agreed to buy the Vaselli art collection for $125 million but never made a $37.5 million down payment.

Further, Trois charged that Meta 1 claimed ownership of the artwork despite never buying it. With a cloud hanging over ownership, Trois said he’s been unable to sell the artwork. He seeks damages of more than $1 million.

A “white paper” posted on Meta 1’s website contained images of the artwork the trust said it owns but Trois said is his. Those images were removed from the white paper after Dunlap was contacted by San Antonio Express-News for comment about the lawsuit against him and Meta 1.

In response to the query, Dunlap emailed two documents asserting that Hearst, the newspaper’s parent company, was in breach of copyright trademarks regarding Meta 1 and Dunlap’s name.

Each document contained a blood-red thumb print next to Dunlap’s signature. 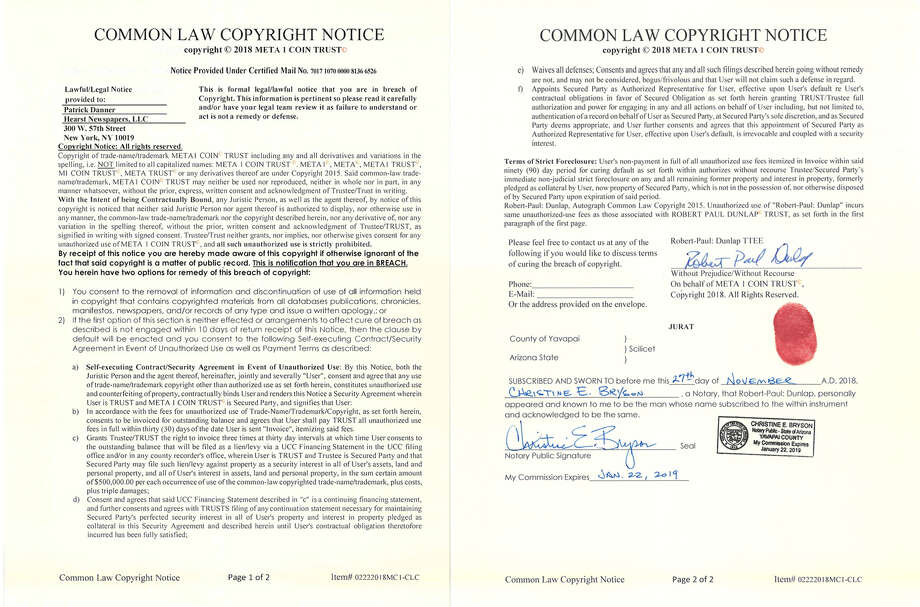 “I will not be complying with your nonsensical demand to stop using your name in court pleadings or correspondence,” Snell replied in an email to Dunlap.

The white paper says investors “will be able to invest in the art market by merely purchasing the Meta 1 Coin. The increasing demands for Meta 1 coin and the trust’s acquisition of more art will increase the value of each coin.”

Dunlap regularly appears in web videos with Dave Schmidt, host of a program called the Sedona Connection, which deals with links between spirituality and finance. Schmidt is on the Meta 1 Coin Trust board and is a former Washington state senator.

In a May 3 video posted to YouTube, the pair said 450 million Meta 1 coins would double in price to $44.44 each effective May 15. They based that on the addition of $1 billion in assets added to the coin.

Dunlap is starting to work with pioneers of two of the largest crypto coins, Ethereum and Litecoin. Meta 1 is going to be on their exchanges and vice versa, Schmidt said.

Despite Trois’ financial troubles and legal issues, he isn’t giving up on leaving a legacy — his planned 350,000-square-foot museum that will chronicle the “evolution of civilization.” 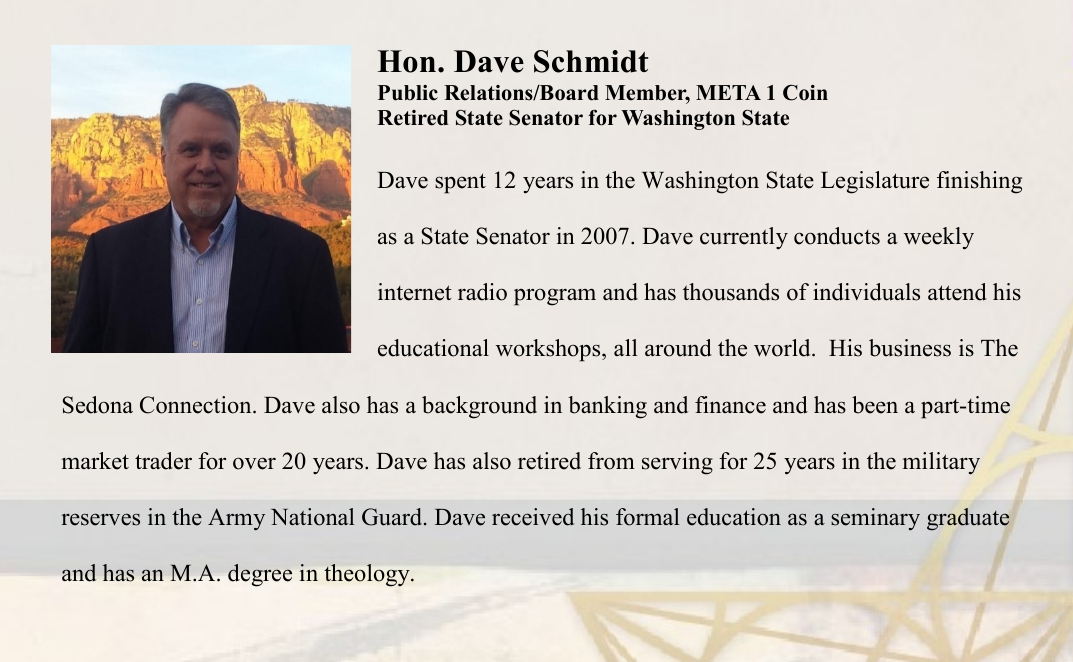 "On June 13, state District Judge Mary Lou Alvarez issued a roughly $25.5 million judgment against Dunlap and Meta 1 after they failed to appear before her for a hearing related to Trois’ lawsuit. She also ruled they have no interest in the artwork that he said is his." 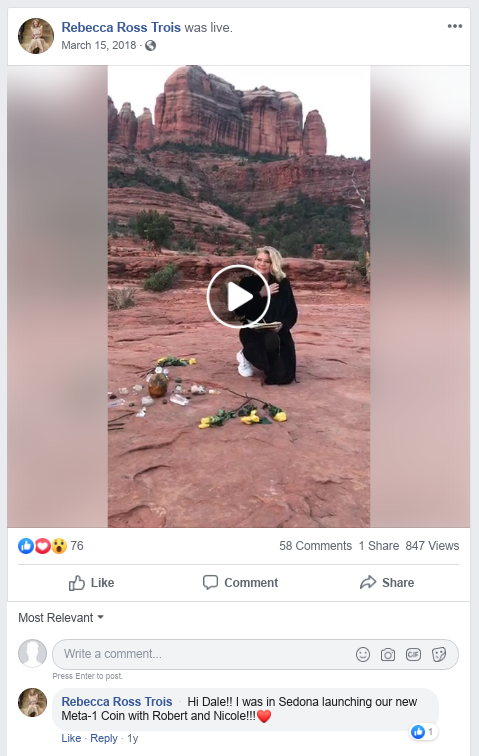 Page 1 of 1
Permissions in this forum:
You cannot reply to topics in this forum
Who is online?
In total there are 148 users online :: 2 Registered, 0 Hidden and 146 Guests :: 2 Bots