Baghdad is close to a deal with the two companies, British 'British Petroleum' and Italian 'Eni', to build two oil export pipelines, which were previously part of a huge deal with 'Exxon Mobil' America.


The news agency 'Reuters' five Iraqi officials involved in the negotiations confirmed
that the Italian and British companies, will build two oil pipelines under the sea for export, for 400 million dollars.
A few weeks ago, US energy giant Exxon Mobil appeared to be moving ahead with a $ 53 billion project to boost Iraq's oil production in its southern fields, an important step for the company's ambition to expand in the country, but officials said a mix of controversy over The contract and security concerns, heightened by rising tensions between Iran and Iraq, have hindered the deal. 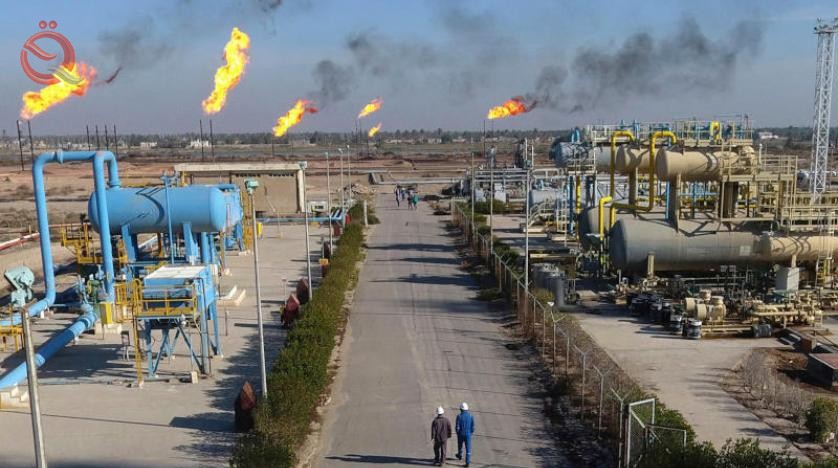 BAGHDAD (Reuters) - Iraq is close to a deal with international oil companies BP and Eni on an export pipeline project originally planned to be part of a huge deal with US oil giant Exxon Mobil, five Iraqi officials said on Friday. .
The sources, who asked not to be named because the discussions are not made public to Reuters, and seen by the "economic news", said that "under a proposed agreement worth $ 400 million, British company BP and Italy's Eni will manage a plan to build two offshore pipelines to export oil from southern Iraq through Gulf".
"The pipeline work was planned to be part of a larger $ 53 billion project that Exxon appeared to be preparing to move forward earlier this year, but an agreement with Baghdad was halted due to contractual differences and security concerns," the officials said.
The 30-year-old giant is at the heart of Exxon's plans to expand into Iraq, OPEC's second-largest producer, and the fragmentation of plans from the deal could have a negative impact on the company's ambitions.
BP and ENI talks with Baghdad follow Iraqi officials in June announcing Hyundai Engineering and Construction of South Korea to build a $ 2.4 billion seawater injection facility, another part of the deal that was under discussion with Exxon.
Exxon Mobil and Eni declined to comment, while BP has yet to comment.

EXCLUSIVE-Iraq close to pipeline deal with BP and Eni, rather than Exxon - sources

BASRA, Iraq/BAGHDAD, Aug 8 (Reuters) - Iraq is close to reaching a deal with oil majors BP and Eni for an export pipeline project that was initially planned as part of a mega-deal with U.S. energy giant ExxonMobil, according to five senior Iraqi oil officials involved in the negotiations.

Under the proposed $400 million agreement, British company BP and Italy’s Eni would run the scheme to build two seabed oil pipelines for Iraq’s southern exports through the Gulf, the sources told Reuters, declining to be named as the discussions have not been made public.

The pipeline work was meant to be part of a larger, $53 billion project that Exxon looked poised to move ahead with earlier this year, but an agreement with Baghdad was held back by contractual wrangling and security concerns, the officials said.


The 30-year mega-project is the focus of Exxon’s plans to expand in Iraq, OPEC’s second-largest producer, and a chipping away of schemes from the deal could drag on the company’s ambitions.

The BP and Eni talks with Baghdad follow an announcement from Iraqi officials in June that South Korea’s Hyundai Engineering & Construction Co Ltd had been selected to build a $2.4 billion seawater injection facility - another part of the deal originally on the table with Exxon.

In May, Iraq’s proposed bumper deal with Exxon appeared imminent. U.S. Secretary of State Mike Pompeo discussed it with Iraqi Prime Minister Adel Abdul Mahdi twice in three days, including during a surprise visit to Baghdad. Abdul Mahdi, meanwhile, said Iraq was close to signing the agreement with the American company and its venture partner PetroChina.

Talks to reach at least an initial agreement were held up by two separate evacuations of Exxon’s foreign staff from Iraq, the first after Washington warned of Iranian threats to U.S. interests there, and the second prompted by a rocket attack that appeared to target the company.

The five senior Iraqi oil officials said the delays had forced Iraq to consider other companies to help construct infrastructure for its offshore export terminals.

“We can’t wait for Exxon forever. We have serious problems with our sea pipelines and urgently need to find partners to help build new ones. Further delays could harm our sea export infrastructure,” said one of the officials, who oversees export infrastructure in the south of the country.


The project that Iraq is discussing with BP and Eni involves the replacement of two old seabed pipelines, including an idled one which transports crude to the Khor al-Amaya terminal.

Loading operations have been halted at Khor al-Amaya since 2017 when the pipeline suffered ruptures and leakages and had to be shut, oil officials said. The other pipeline is operating at partial capacity to ship crude oil to the Basra offshore terminal.

Under the proposed deal, BP would finance the project and Eni would handle the procurement, engineering and construction tendering aspects, the sources said.

The negotiations are in their final stages after the parties worked out a mechanism to allow the British company to recover its financing payments.

“In principle we agreed BP could recover its payments by taking oil shipments instead of cash, just like the mechanism we’re following to pay the company to develop Rumaila oilfields,” said one of the Iraqi officials.

Eni will be paid in cash for its work, the officials said.

The seawater injection project, which Hyundai has been selected for, was also originally part of Exxon’s planned deal to develop Iraq’s southern energy installations.

Iraq has no major water injection plant and needs one for its wells or would risk losing pressure and face severe production decline, especially at its mature oilfields. As freshwater is a scarce resource in Iraq, using treated seawater is one of the best alternatives.

Three of the oil officials said Exxon had costed the project at higher than Hyundai’s $2.4 billion. They said other parts of the proposed Exxon project could go to other companies if they offered lower costs, including a project to build additional crude storage.

The Hyundai deal, announced by the state-run Basra Oil Co, still requires the final approval of the oil ministry. One of the officials said the agreement would be finalised before the end of year. (Reporting by Aref Mohammed and Ahmed Rasheed; Addiotnal reporting by Gary McWilliams in Houston, Ron Bousso in London and Stephen Jewkes in Milan; Editing by John Davison and Pravin Char)

Oil expert Hamza Jawahri, said on Sunday, that the treatment plant and the extension of pipelines to the sea to provide treated water for the oil wells south of the direction of a political orientation, provided by the American company related to participation and this is contrary to the Constitution, revealing that the Ministry of Oil and Hyundai Formulation of a contract for the construction of the treatment plant worth two and a half billion dollars.
Al-Jawahiri said in a statement to Al-Maalouma that the project of laying pipelines to the sea to supply oil fields in the south and the establishment of a water treatment plant to be contracted with ExxonMobil was slowed because of the exit of the company's staff to the UAE following the security events in Basra. The ministry commissioned BP and EM to purchase the $ 400 million project equipment for the US company to accelerate the project.
"The ministry and Hawandi reached a contract worth two and a half dollars to build the treatment plant to pump sea water to the wells to be added to the contracts of BPYME and also for the American company."
Jawahiri pointed out that "ExxonMobil has added a clause on the contract to be a contract of participation and therefore the contract has been politically oriented because the clause is contrary to the Constitution." Ends / 25 m

Page 1 of 1
Permissions in this forum:
You cannot reply to topics in this forum
Who is online?
In total there are 202 users online :: 2 Registered, 0 Hidden and 200 Guests :: 3 Bots