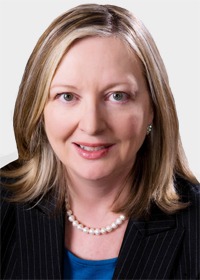 
A US research institute on Tuesday confirmed the gravity of the legislation of the Federal Supreme Court in Iraq, pointing out that its provisions exposed religious freedom and fundamental rights to danger.

Said Nina Shea, of the Hudson Institute of Research, he said that " the Federal Supreme Court Act , which will engage the Iraqi parliament to pass linking Iraq to rule the theocratic regimes of neighboring Islamic, and undermines democracy and fragile displays of religious freedom and other fundamental rights at risk."

She added that "Shariah scholars will receive under That law on strengthened powers to veto the laws they see as incompatible with Islam, ie laws passed by the elected parliament. "

"The second paragraph of the bill, which provides for the granting of four new Supreme Court seats to Islamic clerics to serve not as advisers, but as judges with exceptional veto power, is to ensure that a constitutional provision is applied that states that a law contrary to the provisions of Islam "He said.

She stressed that the wording of the law, which is being studied now in Iraq, is imported directly from Islamic systems adjacent to it, and therefore should not be passed in any form. "