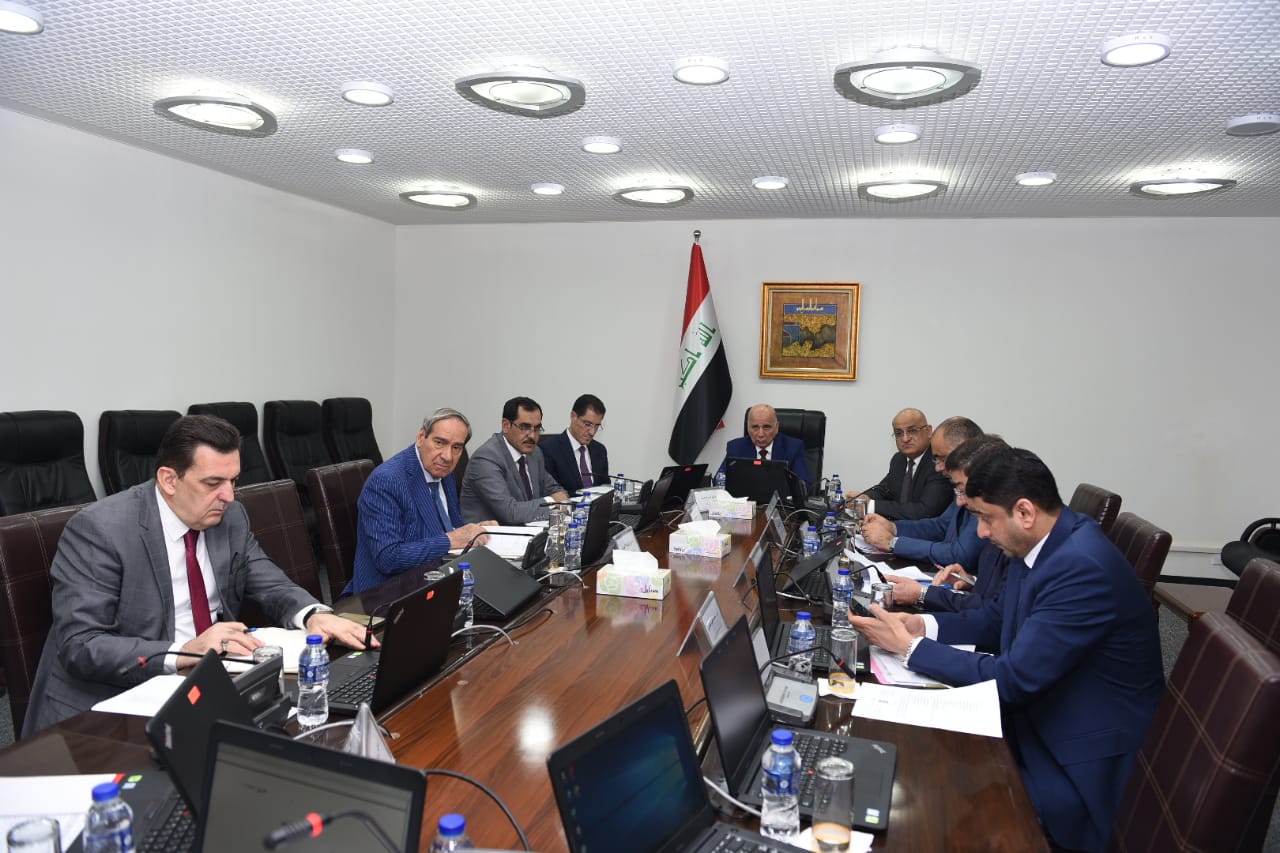 Deputy Prime Minister for Economic Affairs and Finance Minister Fuad Hussein on Monday, 5 August 2019, the first session of the Ministerial Council for the economy in the presence of Ministers of Planning, Trade and Industry, Minerals and Agriculture and Secretary General of the Council of Ministers and the Governor of the Central Bank and the Chairman of the National Investment Commission and Undersecretary of Planning and Finance.

The meeting reviewed the mechanisms of the Council's work, which were formed under a decree to formulate and formulate the economic and financial policy of the State, draft conventions and laws of an economic and financial nature, coordinate the activities of ministries and entities not affiliated with the Ministry and grant exemptions to the instructions of executing government contracts and studying the agricultural and industrial reality. finance resource
State, loans, product protection, customs tariffs and other powers of an economic nature.
The attendees then discussed the agenda of the first meeting and took several decisions, including reviewing the decision to merge state-owned public companies as well as the development of former central markets and referring them to investment.
The Council continued the decision of the Committee on Economic Affairs to ban the importation of eggs and chickens and considered the positive effects left by the decision to support the local product. The Council decided to continue the implementation of preventive measures and called on the concerned bodies to take their active role in the success of this decision.