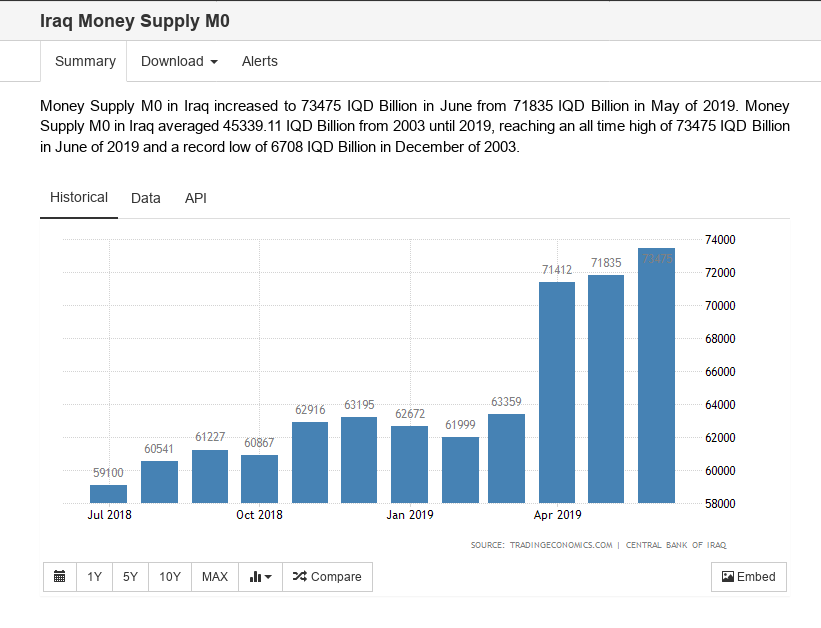 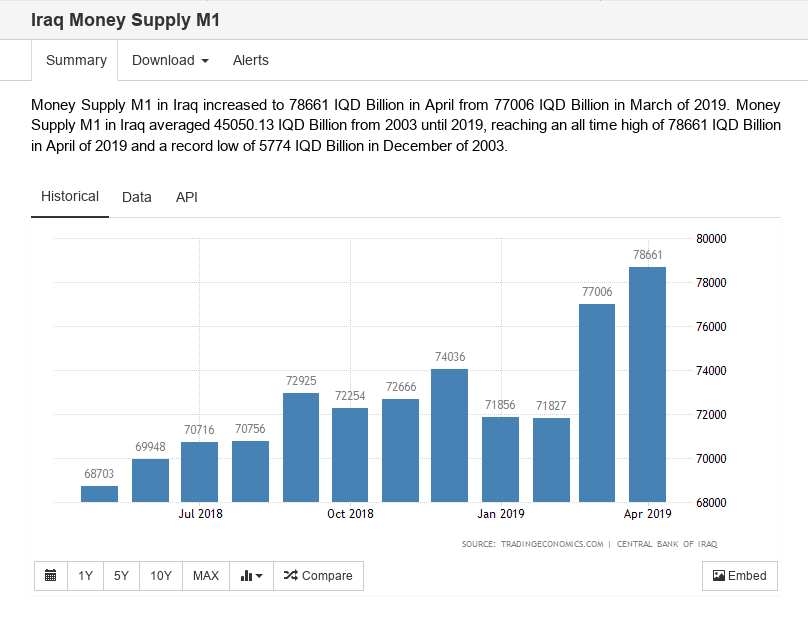 good job guys!
thanks and shared

In the longer term, Saleh said a redenomination was needed wherein three zeros will be dropped so that the 25,000-dinar banknote -- currently the largest denomination -- becomes a 25-dinar note.

«Change the currency» .. Tehran's trick to escape the economic collapse .. Central Bank of Iran proposes to delete 4 zeros from the national currency .. And the Cabinet approves 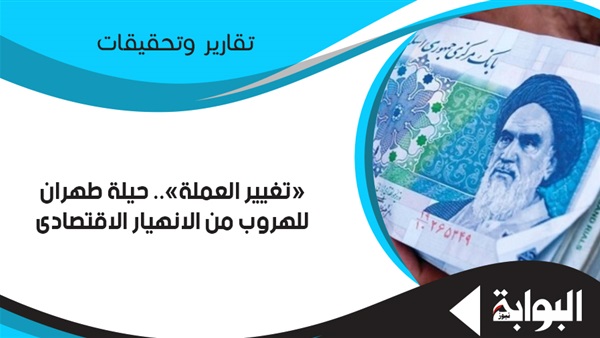 At its meeting held on July 31, the Iranian cabinet approved the proposal of the Central Bank of Iran, which was submitted in January, to delete four zeros from the national currency (rial) and change the currency from riyal to toman, so that one toman equals 10,000 riyals, after That was equal to only 10 riyals. According to official statements, Toman will be started after two years and the riyal will be canceled except among Iranian banks that will continue to do so.

The move comes as an attempt to “beautify” the country's economic reality in the face of economic bottlenecks that have been exacerbated by the U.S. withdrawal in May 2018 from the 2015 nuclear deal, and the imposition of further economic sanctions in September 2018, including in the oil and energy sectors. 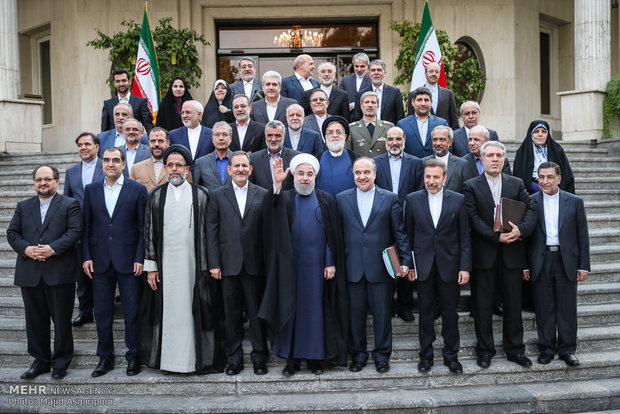 This was not the first time the Iranian government was considering deleting some zeros from its national currency.This step was considered in 1994, when inflation in the country rose to nearly 49% from a single figure (below 10%). Then came the second thought to delete some zeros from the currency at the time of former Iranian President Mahmoud Ahmadinejad, when he announced in 2010 the intention to delete three zeros from the currency, but it did not reach the point of implementation.

In December 2016, the government of President Rouhani agreed to delete zero from the national currency, but this decision was not implemented, because the parliament did not approve it as a weak step and will not affect the economic situation of the state, but this time it seems that the parliament will approve the government decision Remove four zeros from the currency to try to ease the burden of inflation and facilitate market transactions. 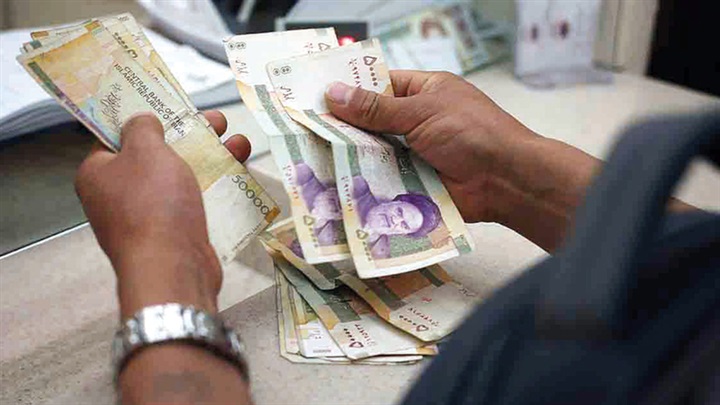 Why is Iran changing the currency at the moment?

Some countries rely on economic tricks in the face of depreciation of their currency, either by deleting some zeros from the value of their currency or changing the currency completely, and this is what Iran did this time. It is argued that Tehran has resorted to this step to avoid many of the problems that have become prevalent in the market today, which is the continued collapse of the value of the currency against the US dollar; In the end of 2018, the Iranian rial lost more than 60% of its value.In September 2018, the US dollar reached about 190,000 riyals in the free market, and then fell to the present time. 140,000 SR Yale (approximately 14,000 tomans).

Iran also seeks to facilitate the process of payments and reduce the cost of printing, it is enough to imagine that a citizen carrying thousands of coins of riyals to buy some vegetables from the store, where the price of a kilo of meat, for example, 100,000 riyals (one million riyals) , A huge figure too. In addition, Tehran costs a lot to print currency.According to the official statements of the Central Bank Governor, `` Nasser Hemti '', the cost of printing the 500-toman banknotes is 400 tomans (i.e., the cost of printing one currency is approximately 80% of its value).

Perhaps the most important motivation behind this step is to try to control the specter of high inflation, with the withdrawal of the United States from the nuclear agreement and the imposition of sanctions, Iran has become unable to export oil as before, which led to great pressure on the Iranian economy, led to the devaluation of the currency, Accordingly data from the Central Bank of Iran, the money supply in the markets increases by 20-30% annually.In October 2018, the money supply reached approximately 17 quadrillion riyals (one billion billion) and this is a huge figure. We also note that inflation rose from almost 10% in 2017 to 18% after the U.S. withdrawal from the nuclear agreement in mid-2018.Although the Central Bank of Iran stopped announcing inflation, it is currently estimated at around 50%.

There is no doubt that changing the currency leaves a good psychological impact on the general public, after the citizen had to carry thousands of coins to go to the market, will have to carry a much less amount, omitting the four zeros will make the price of a kilo of meat mentioned above (100 thousand TOMAN to 10 TOM, the free market exchange rate will be 1.4 TOM to USD (14,000 TOM), and a currency change from Rial to Toman will lead to the consolidation of official accounts In the past with the activity of consumers and producers in the market that was done in the Toman. 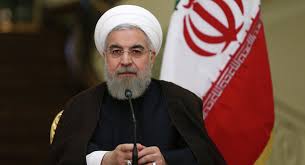 The future of the new currency

Although the Iranian government, led by President Hassan Rouhani, has agreed to change the currency to the Toman, this decision still needs to be approved by the parliament and the Guardian Council, and therefore there is still a lot of time to actually start implementing this step, especially with the conservative announcement. The Central Bank of Iran, that the implementation of this step requires further meetings and consultations and a plan to withdraw the old currency and print the new currency, which means that the launch of the new currency (Altoman) needs at least two years.

It can be said that the introduction of a new currency in any market experiencing currency deterioration and devaluation, it is true that it affects the psychological morale of the citizens well, but this effect is «limited and temporarily», that is, a short-term impact, disappear over time, and the discovery of citizen that the value The purchasing currency is still the same.

The key factor in the success of the process of changing the currency or deleting zeros from its value in the extent of real change in the economic structure of the state, if there is no clear economic plan coinciding with the change of currency, the economic situation will deteriorate further, for example in the case of Turkey In 2005, Turkey removed six zeros from its currency (from one million Turkish lira to one US dollar, one Turkish lira was also equivalent to one US dollar), and it is true that this move has been relatively successful, with the currency depreciating again in 2018. And yet, especially with not There is a real and institutional reform (particularly the crisis of the removal of the Governor of the Central Bank and the intervention of President Erdogan in the monetary policy of the Bank).

We see this also in Venezuela, where it removed five zeros from its national currency (Bolivar) in July 2018, in an attempt to alleviate the crisis of the collapse of the economy with the decline in oil prices since 2014, where oil production accounts for 96% of the national income of the state, although the socialist President «Nicholas Maduro said that this step will fix the situation of the faltering economy, but now we see that the situation has become worse, with inflation in the country to nearly one million percent, for example, the price of a package of parsley in Venezuela about one million bolivars.

Thus, in the case of Iran, it is expected that this step will be only "cosmetic", especially since so far no clear economic plan has been announced in the context of the introduction of currency change, which calls for the expectation that the Iranian economy will continue to falter in the pace for a period Long to come, because of three obvious reasons.

First, the continuation of the US economic sanctions on Iran, which means tightening the screws on all Iran's attempts to expand economic, as well as that US President «Donald Trump» is not only trying to try to "claw claws", but "de-clawing" Iran, so it is expected Iran may have a chance to get rid of President Trump with the upcoming US presidential election in 2020, but it seems to be a slim chance because even Now a strong challenger from the Democratic Party has not emerged The Tali seemsbe «Trump» will stay for another four years.

Third: The permanent stance by the Iranian leadership to create more crises in the region and the world, where Iran behaves in the sense of «loser» or loser who has nothing else to lose, To the detention of oil tankers to announce the lifting of the ceiling of uranium enrichment, all these crises create further economic blockade on them, as well as this is losing its trading partners.

Page 1 of 1
Permissions in this forum:
You cannot reply to topics in this forum
Who is online?
In total there are 94 users online :: 1 Registered, 0 Hidden and 93 Guests :: 1 Bot