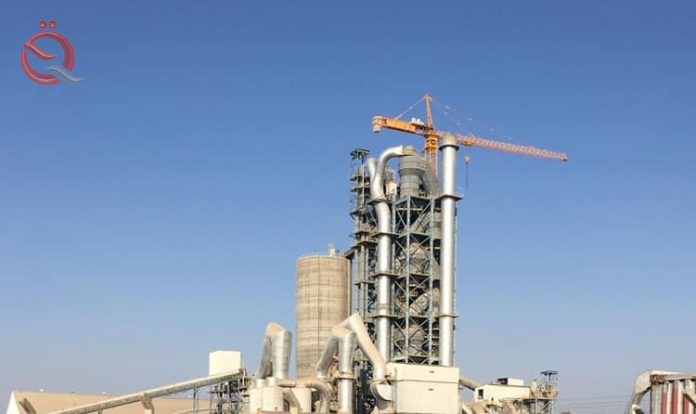 The Iraqi General Company for Cement, one of the companies of the Ministry of Industry and Minerals, on Monday, the investigation of Najaf cement factory in Ma'onat South Cement Laboratories, which has a boom in the production and marketing of its product of ordinary cement.
The General Manager of the company Hussein Mohsen Al-Khafaji said in a statement received by "Economy News" a copy, that "Cement plant Najaf achieved a growth rate of sales during the month of July last (121%) compared to the same month last year," noting that "this development came As a result of the price and marketing policy prepared by the company for all its factories, which aims to increase production and sales while reducing the cost of production through continuous maintenance and rehabilitation in all joints of work.
Al-Khafaji added that "the company followed a unified price policy in all its factories and offered its cement products in these laboratories at competitive prices at (60) thousand dinars per tonne of ordinary gas and (65) thousand dinars per cubic meter resistant, In order to continue the process of preventing the import of cement, which contributed to stop the depletion of millions of dollars that were wasted in the import of cement from neighboring countries while preserving the safety of the future construction and support the movement of construction and reconstruction of the most appropriate and high-quality cement.
He explained that "the company has (18) plant to produce all kinds of cement spread throughout Iraq and customers can cut and processing from any laboratory by geographical location and any amount away from red tape and bureaucracy."
It is worth mentioning that the cement plant in Najaf was established in 1975 with the implementation of the Indian ACC company with a design capacity of 156000 thousand tons annually. It works in the wet way with one production line. The laboratory is certified by the Central Organization for Standardization and Quality Control. 1984.