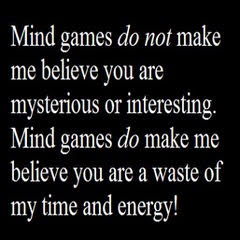 CABAL are on a tear today!! I’ve gotten 30 emails, 50 phone calls and texts that I had to delete so many I couldn’t keep track of them asking me “IS IT TRUE!! ARE THE TESTS TRUE!! have groups and tiers and private individuals gotten money??” “WHEN DO WE GET PAID?” “MARKZ SAID THIS, MARKZ SAID THAT, MARKZ SAID WE’D GET PAID TODAY”…etc. #YIKES!

The first thing I want to know from people is Where did you hear this? Do you know the person who told you? Did they get any money? Did they see any money shown to them by someone who claims to have gotten money? And what I get back is:

B. they know the person who told them

C. that person did not get any money

E. But…they heard it from MarkZ and his information is rock solid! (really? So far, all he has put out is refabrications of others and it’s all been false. Now, what’s interesting is DC has been watching and listening to MarkZ. He’s been tagged as a cabal puppet, a voice box, nothing more.

No, it’s not true. NO ONE has been hydrated in groups, tiers, or Private Individuals. You know who private individuals are? YOU AND ME!

BREATHE DEEP!!! There’s a lot happening in DC right now as we’re out here waiting. But when these rumors fly around, and I am guessing in reality that these probably originated from TNT which is known by me personally for lying through their teeth about dates/rates/banks/wealth managers/etc and I can say that because I’ve gone to actual branches where they’ve been and talked to people they’ve talked to who said they were “abrupt, demanding, forceful, and had to be told to leave before police were called”. PLEASE DON’T FALL for their rumors.

When Exchanges happen, 99% of people exchanging will be swapping enough currency to get to the $100,000 USD limit of withdrawal on the first day. Don’t you think that if you were broke or living on the streets and someone you knew and they knew your situation, if they received $100,000, that they might come to you and give you a few thousand to get off the streets? YES, THEY WOULD. How do I know? BECAUSE SO MANY have promised to do that for me, and so far, NOT ONE PERSON has sent me a few thousand and I leave a trail of links so that they can if they want to.

So here’s my challenge to MARKZ and to others out there spouting off to the IDC community about all of your sure information. You say you’ve gotten money. I’ll believe you, if in the next 24 hours I receive into one of my links $5,000. I won’t share who sent it, or anything that they said to me, but I will retract everything in this email saying that I was wrong. My bet is that amount won’t show up. Because plain and simple, the rumors are just that, RUMORs meant to generate panic, and to get people’s hopes up so that they can then say nothing when it’s found out to be another falsehood to manipulate and control minds as Cabal has done for YEARS.

Using CASH APP, use my cashtag of $ XXXXXXX

TICK TOCK!!! Time is running, At the end of 24 hours I’ll report back as to whether or not I was proven wrong. If I wasn’t, then I hope someone out there will think about who they’re paying attention to, and who is availing themselves to them to answer questions honestly and directly. It’s not those who do 6-8 hour long phone calls with hundreds of people behind numbers quoting dates and rates and bus rides to secret bases…or trips to RENO…

Peace be with and within all of those who I interact with. One of you suggested that I ask for those who interact with me often to contribute $20 monthly to be able to ask me questions constantly. Some already ask and some have sent money to me asking me things and thanking me for being there for them to vent to.

If you’re interested in doing that, use one of the links to send that $20 to, and when you do, just include a note that you want to be on the Q/A list and I’ll add you to it. It’s that simple. Then you can join the crew that sends me notes at 1 or 2 in the morning and I actually respond to them at times just to let them know they’re being heard.

Page 1 of 1
Permissions in this forum:
You cannot reply to topics in this forum
Who is online?
In total there are 136 users online :: 2 Registered, 0 Hidden and 134 Guests :: 1 Bot