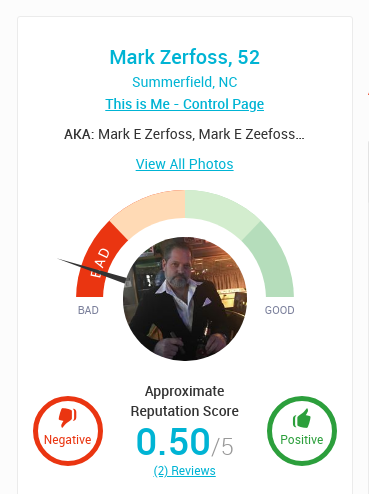 MZ: Last night from my Paymaster ….he is having to extend his stay in Reno….. the decision was made to not release funds until Monday to go when Europe goes.

MZ: So Monday liquidity and package deliveries  over the weekend now.

MZ: Which means we should get 800 numbers over the weekend. I don’t expect to see them until Sunday though…

MZ the info is solid and even though it feels like the can was kicked…..I believe we are there. I personally think the delays are just logistic at this point.

MZ: My 4 solid contacts in Europs still expect their funds to be liquid on Monday……There are great expectations worldwide for Monday now.

MZ: Remember Kuwait went 10 days before the world knew they had RV’d
Member:  How can the US switch to a new currency without Congress' involvement? They will crucify Trump and Treasury saying they have no authority.

Member:  think how Nixon did it by taking us off the gold standard it ran side by side for 5yrs with out us knowing

MZ: Its now been 3 days since I havnt been able to reach my contact in Iraq….this is unusual. Last I heard was the street rate was going to be $3.91

Nflemingjr:  AT THIS TIME WE HAVE BEEN INFORMED THAT EVERYTHING IS DONE FROM THE CHINESE SIDE AND JUST WAITING ON THE U.S. TREASURY

Q: Is Aug. 17th still the deadline to have our Zim done?

MZ: Yes that is what I hear……They want it all done by then and it would be deemed “worthless” after that……so they are pushing for that date……

MZ:  could they change that date ?   They could IMO if they need to.

Member:  Any currency is an outstanding debt whether it inside or outside the country that printed it and it MUST be honored. Can't be ripping off countries holding their currency.

Member:  President Trump is supposed to make an announcement on EU Trade today 1:45!

MZ: I was expecting declass/arrests to happen much sooner then this….

Member:  : maybe they're waiting for the complete recess so that they can release all of the dirt without anybody being there to try to shovel it back?

Member:  First time Q posts about FISA was Dec. 22nd 2017. One day after Trump signs E.O. This means Trump and Q-team knew for over 18 months Dan Coates had been holding back FISA reports.

Member:  Stipulations or requirements by the Chinese elders are arrests need to happen before the Gold Treaty can be implemented.

Member:  HAPPY FRIDAY! The 800#s would be published when the monies reached a certain percentage of release according to a very reliable source

Member:  It was rumored that the Tiers, SKRs, Whales and general public would all go at once.

Mod:  WE DON'T GO THE WEEKEND BUT HOPING APPTS WILL START THIS WEEKEND MAYBE?  KUWAIT RV'D 10 DAYS BEFORE THE WORLD FOUND OUT.
Q: What are your redemption center people saying?

MZ: They were scheduled to work today……they did not know about the weekend yet when I spoke with them yesterday.

Member:  President Trump announced sovereignty of country & us as a people in his speech in Orlando. It is in about 8-12 minutes. He had just returned from seeing the queen.

MZ: When we talk about the new republic we should call it the “Restored Republic”  The new one might be another cabal trick……we want the old one back again.

Member:  Judy Byington: I wrote the day wrong. On Fri. Aug. 2 at around 12:30 am EST I received word from more than one very valid source that the green light had been turned on, 800#s would be published within 48 hours, though no one knew exactly when, and nothing could stop this RV release.

Member: Eagleone said to not expect the RV until Sept/Oct.

MZ: We can disagree on that. We both have totally different contacts…..

Member:  If the Chinese Elders are looking for arrests, things won't happen until arrest have started so Eagle One may be correct with the timeline given Dan Coates won't be removed until Aug. 15th.

Member:  Trump & Q-team knew Dan Coates was holding back FISA reports for 18 months but chose to do nothing because Trump wants the next election by getting as close to it before mass arrests will happen..

Member:  1. Bruce was told he would receive the 800# today around noon, though hasn’t yet. 2. The Forex would readjust rates and the 800#s would come out sometime between 8pm EST tonight until mid-morning tomorrow Fri. Aug. 2. 3. The Dinar and Rial both revalued at the same time internationally last night Wed. July 31 between 8-8:30 pm EST. 4. The new Iraqi Dinar and new Iranian Rial were around the same value. 5. Rates were higher than they were thought to be.

Member:  Alfredo Hitchcock and Rod Serling are laughing in heaven discussing that they could have created a great episode about this!!!

Member:  Rod Serling: Imagine if you will, a train terminal.. Your next destination to a "No Intel Weekend Zone".....

Q: Can you give us the order how the reset is supposed to roll out again?

Member:  Monday Monday, its starting to sound like the mamas and the papas song https://youtu.be/h81Ojd3d2rY

Member:  St. Germaine Trust mentioned that there was a DDOS Attack on all Bank Systems went Down on July 31st that was reported on August 1st.... DDOS Distributed Denial of Service Attack on Servers. http://theemerginglight.blogspot.com/2019/08/ddos-attack-end-of-day-update.html

Member:  RECEIVED A MSG FROM LEAR CAPITAL AND ONE OF THEIR ANALYSTS IS EXPECTING $1600 OR EVEN $1800 FOR GOLD