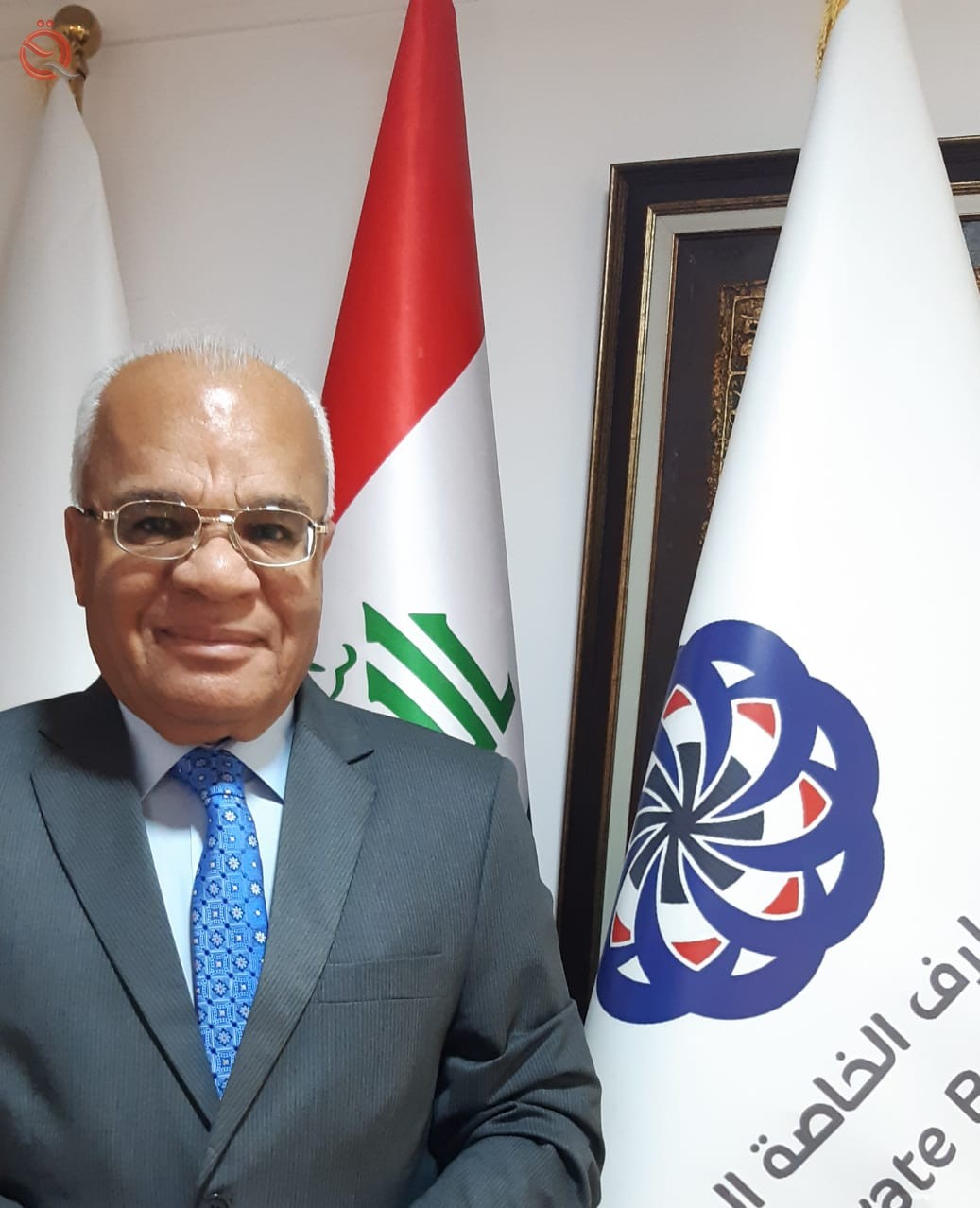 The economic and banking adviser to the Association of Iraqi private banks, Samir Nusairi, on Thursday, to activate its decisions on government support for private banks, which issued earlier but did not implement what was intended by these decisions.
Al-Nusairi said in an interview with the "Economy News" that the structure of the Iraqi banking sector consists of 7 government banks that hold 86% of the total deposits of the government and the public and 78% of the total assets and private banks constitute 70 commercial and Islamic banks and invest 78% of the capital of the banking sector "He pointed out that the objectives set for the banking sector in the fourth axis (strengthening the economy) in the government curriculum focused on achieving lending for development, considering banks as a lever for development and building bridges of trust with the public and achieve financial coverage in the sense of expansion and spread Presented by Ntjat and banking services and the practice of real banking and digital transformation of the banking sector in accordance with the time limits specified in the government program.
Al-Nusairi stressed the importance of stimulating and revitalizing the economy with banking finance and banking facilities in the face of its implementation at present. Despite the great efforts exerted by the Central Bank since 2016 to implement the objectives of its strategy for the years (2016-2020) The most important of which are the structural, structural and technical developments in banks, increasing the proportion of financial coverage and investment in human capital, and moving towards stability in the monetary system and stability in the exchange rate. Y year and a half.
He pointed out that the banks also need government support for the purpose of achieving what is stated in the governmental curricula, taking into consideration the following: The nature of the activities of the banks depends on the nature of the activities of the economic sectors. As long as the economic activity is concentrated in trade (imports), the activity of banks remains concentrated on foreign transfer and related Therefore, unless the other sectors (industry, agriculture, tourism) and others move to predict the diversity of banking activity, the legal environment and the extension of the rule of law should be provided to eliminate the phenomenon of default in the repayment of loans. Form a large proportion of total credit granted and thus reluctance of banks to provide loans and banking facilities.
Without the control of imports, these sectors will not rise, which explains the lack of progress on serious loans through the initiative of the Central Bank.
He added that the non-activation of the decisions of the Council of Ministers and the Committee on Economic Affairs in the Council of Ministers, which had previously been issued to support the banking sector, especially private banks, have impeded the activities and activities of private banks and significantly affected the liquidity and revenues and deposits for that and for the purpose of implementation of the government program to ensure the transition The role of banks from banking to the developmental role and the revitalization of the banking business requires the government and in particular the Council of Ministers and the Committee on economic Affairs to activate the decisions that have already been issued by the Council of Ministers and the Committee on economic Affairs and is also documented in numbers and the following dates: -
a 1-
Not to accept the Ministry of Finance to open bank accounts for ministries and state departments in private banks and to reserve them in government banks under its book 207 dated 31/1/2019.
2 - Activate the decision to allow ministries and government departments to open documentary credits in private banks up to 50 million dollars without going through the Iraqi Bank for Trade.
3 - Activation of the Council of Ministers Resolution No. 110 of 2009 and the decision of the Committee on Economic Affairs 141 on 20/02/2012 regarding the transfer of government documentary bank credit up to 30 million dollars to private banks through the Iraqi Bank for Trade.
4- Activating the decision of the Committee of Economic Affairs No. 253 of 2015.
Regarding the acceptance of instruments ratified by private banks to pay insurance and customs fees and taxes.
Second: Activating the Cabinet Resolution No. 378 of 2018 concerning the collection of government fees in the government departments through electronic payment.
Third: Activating the financial services court formed in accordance with the Central Bank Law No. 56 of 2004, and the court may refer cases that require referral to the competent courts in accordance with the applicable penal law.
4 - to consider the debts of troubled banks customers in the private banks urgent claims and excellent debt like government debt.
Fifth, in addition to the efforts of the Central Bank requires the government also to work to provide conditions and take measures to help private banks to obtain the credit rating adopted internationally and thus strengthen international banking relations with correspondent banks.
VI - The Ministry of Finance to compensate for the damage to the monetary assets and fixed lost by the branches of private banks, which amounted to (37) branches in the provinces occupied by the terrorist advocate and documented with the Central Bank of Iraq.
VII. Activating the decisions of the Council of Ministers No. 313 of 2016 and 218 of 2017 regarding the settlement of salaries of employees and the demand from government departments to settle their salaries as they wish and not to direct them to settle salaries in government banks exclusively.