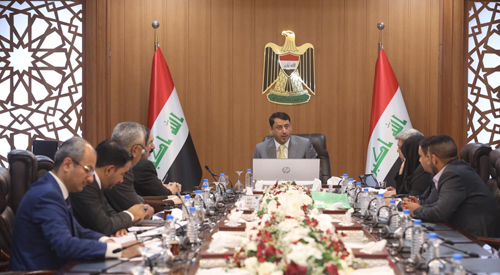 Secretary-General of the Council of Ministers Hamid al-Ghazi, called on the committee to delay the implementation of the decision of the Council of Ministers to improve the environment of reconstruction and investment.
The Secretary-General, during his chairmanship of the Committee on Emergent Projects, confirmed the follow-up to the decision in all sectoral bodies so that the resolution would not remain unfulfilled. Members of the Committee would be mandated to identify the relevant parties and nominate liaison members to follow up the implementation of the resolution.
He recommended that the Secretary-General not to delay the granting of investment licenses, stressing that the disruption of exhausting the state, and the cost of financial losses.
The participants also discussed a number of issues related to the removal of excesses from the lands granted for investment, and a workshop to consolidate the controls of the buildings of the sectoral parties to facilitate the issuance of building permits, as well as the follow-up of several investment projects in a number of governorates.