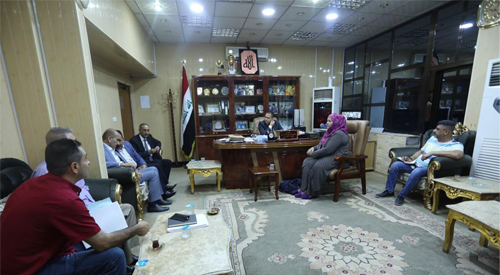 He met with the follow-up team to implement the government program in the General Secretariat of the Council of Ministers, Deputy Governor of Babel Hassan Mandil al-Sariawi, and a number of directors of service departments in the province.

During the meeting, the delegation highlighted the nature of the mission that will be carried out by the team in its tour of the governorate, which concerns the follow-up of progress schedules and the percentage of achievement achieved in the targeted projects.

He stressed that the province has developed a specific plan of action, in the light of the government program, and follow-up projects listed in it, expressing the readiness of the province to provide all the necessary facilities for the delegation during his daily rounds.