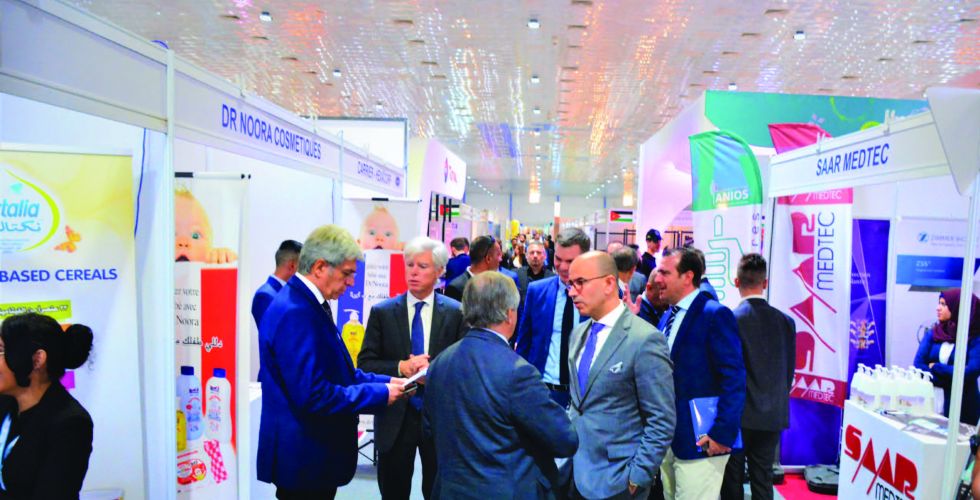 Baghdad / Farah Al-Khafaf
After the Iraqi Exhibitions Company of the Ministry of Commerce launched its electronic system, dozens of local and international companies expressed their intention to participate actively in the next session of the Baghdad International Fair.
"Iraq has recently witnessed wide openness in its regional and international relations, which have resulted in many trade agreements, which opened the doors for the companies of those countries to participate in the Baghdad exhibition in its 46th session," said Saad Al Fayyad, an expert in international trade.
effective role
Al-Fayyad said in a statement to Al-Sabah: "The Iraqi Exhibitions Company has played an active role in creating the right ground for attracting local and foreign companies, especially private sector companies, which are the main arm to stimulate trade between countries."
The Ministry of Commerce announced its preparations for the 46th session of the Baghdad International Fair through a broad move on local, Arab and international companies, as well as official state participation.
"The next session of the Baghdad International Fair, which will be held on the first of November to the tenth of it, will witness the participation of local and international wide, especially that the participation invitations have left only a few areas, This is happening for the first time after the company adopted the mechanisms of electronic booking after the opening of the electronic system in mid-July. "
Quality posts
Al-Ani said that the next edition of the Baghdad exhibition will be an important gateway for the participation of Arab and international countries and companies in many investment projects. The importance of the exhibition lies in being an opportunity to promote Iraqi exports and foreign goods, as it allows businessmen to exchange ideas and information, Trade and economic movement and bilateral deals. "
He added that "the ministry has moved in several directions, taking advantage of the development witnessed by Iraq's relations in the Arab and international environment, for the sake of qualitative participation in this session, through which Iraq confirms its economic position, especially as it constitutes an important weight in the economic and commercial balance, Business in attracting and containing international companies in the countries in which they operate, as well as the distinguished relations of the Iraqi Exhibitions Company with local, Arab and international companies, which resulted from the exchange of joint visits and visits. "
Different attendance
"The countries that announced early participation in the 46th session of the Baghdad International Fair are France, Germany, Saudi Arabia, Iran, Qatar, Spain, Tunisia, India, Egypt, Lebanon, Palestine, Indonesia and Pakistan. Other countries are still completing their technical and administrative procedures. Private sector companies and state ministries, whose presence this year will be different from previous years. "
In turn, Al Fayyad stressed "the need to pay attention to the technical and technical aspects on the exhibition grounds, through the development of smart screens showing the full scheme of the wings of the participating companies, to see in detail the pavilions of the exhibition and accessibility to it."
Development actions
At the same level, the Director General of the Iraqi Exhibitions Company Hashim Sudani, "after the success of the opening of the electronic reservation system, which contributed to facilitate the procedures
On companies in various sectors, for a series of new technical and administrative procedures for the development and rehabilitation of galleries and exhibition halls
Baghdad International in preparation for the next session, as well as the rehabilitation of the green spaces to the appropriate and attention shown by the families of Iraq and Baghdad in particular, to actively participate in the success of the exhibition, especially since the experience of previous years confirmed the presence of distinguished and conscious of our people throughout the exhibition, And other games in sports and artistic races. "

Page 1 of 1
Permissions in this forum:
You cannot reply to topics in this forum
Who is online?
In total there are 184 users online :: 2 Registered, 0 Hidden and 182 Guests :: 2 Bots