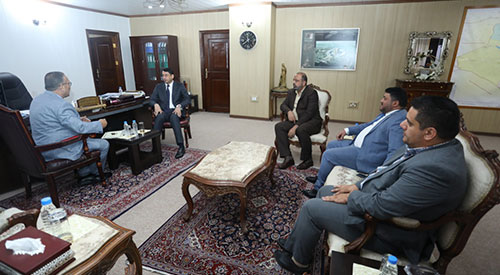 Secretary-General of the Council of Ministers Hamid al-Ghazi promised to solve the administrative problems of granting the journalists of Najaf Al-Ashraf residential land in accordance with the decision of the Council of Ministers No. 70 .
The Secretary-General received a delegation representing the journalists of Al-Najaf Al-Ashraf, headed by the head of the Journalists Syndicate branch in the province, Iyad al-Jubouri, and he briefed the administrative books on granting them residential land .
The Secretary General presented the subject to the Legal Department in the General Secretariat of the Council of Ministers to express opinion and guide a book to the province of Najaf to raise the imbalance in this regard .