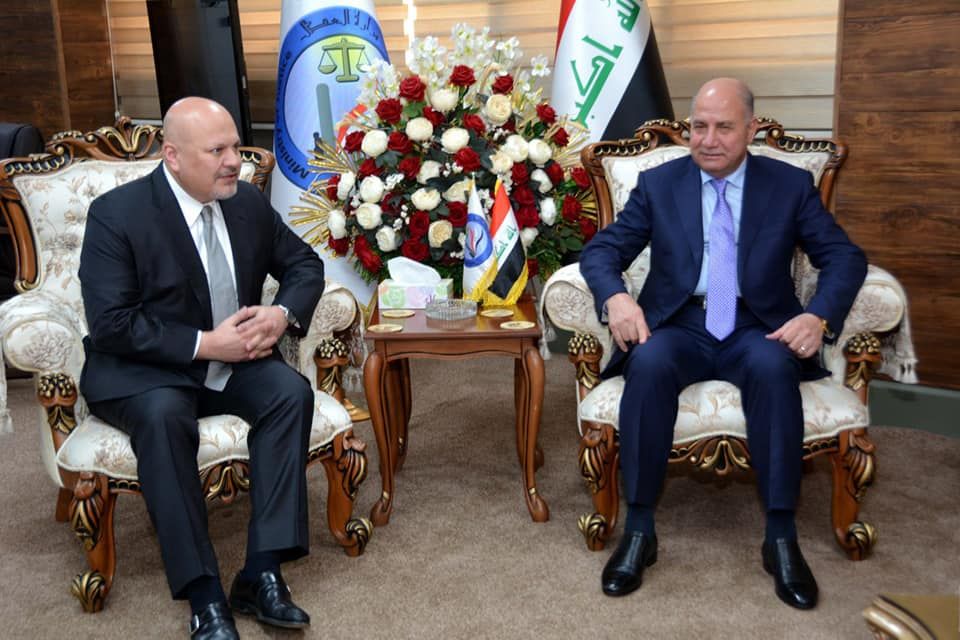 [rtl]The Minister of Justice, Mr. Farouk Amin Al-Shwani, received Tuesday at his official office the Assistant Secretary-General and Head of the United Nations International Team in the investigation of crimes committed by the organization calling on the terrorist Mr. Karim Asaad Ahmed Khan and his accompanying delegation.
During the meeting, the minister stressed the  importance of cooperation and joint coordination between the two sides in accordance with the governmental approach that seeks to open up in various fields within the areas related to the work of the ministry.
And he reviewed the Minister of the visiting delegation tasks and the work of the Ministry of Justice and what are the things and aspects that can cooperate by the ministry with the UN investigation team.
Where they discussed the important issues in the international arena and ways of strengthening the United Nations role in Iraq and the region and intensify international efforts In the fight against terrorism.
The Minister pointed out the need for the contribution of all countries in the world to support orientation of the Iraqi government to prosecute and criminalize Daesh gangs terrorist.
For his part , Assistant Secretary - General , Mr. Minister congratulated on his accession to the post of Minister of Justice, and discussed with him the second report of the team in front of the Security Council and praised the team in cooperation The Iraqi government has shown.
And the importance of supporting the Ministry of Justice for the work of the team, to collect evidence leading to the prosecution of these criminal gangs in Iraq and the world, and end their extremist thought.[/rtl]