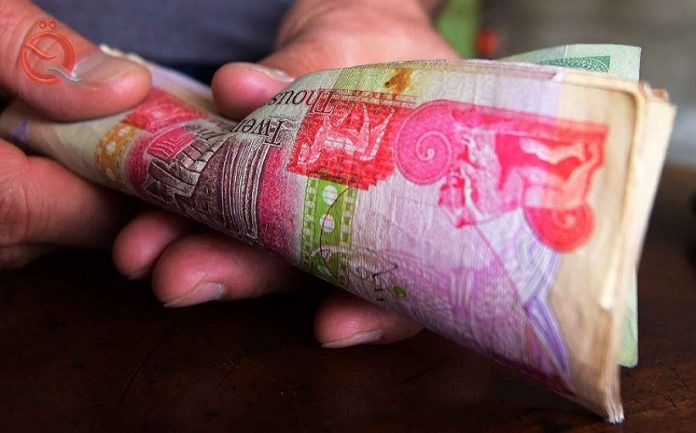 The Ministry of Finance and Economy of the Kurdistan Regional Government denied that the federal government in Baghdad sent the amount allocated to cover the salaries of the region's employees despite the approval of Prime Minister Mustafa Al-Kazemi to spend it.
The ministry said in a statement received by "Economy News", that "despite the approval of the Iraqi Prime Minister to send 400 billion Iraqi dinars from the salaries of employees of the Kurdistan Region, which was scheduled to arrive before Eid al-Fitr, the amount did not reach the Kurdistan region."
And the statement added that "despite the difficult conditions and the region's revenues decreased by a large percentage, the region's government, and depending on the revenues it obtained from selling oil and internal revenues, managed to distribute the salaries of all employees before Eid al-Fitr."

Kurdish lawmaker: The center is very complacent with the region in solving the problem of non-oil revenues

Kurdish lawmaker: The center is very complacent with the region in solving the problem of non-oil revenues 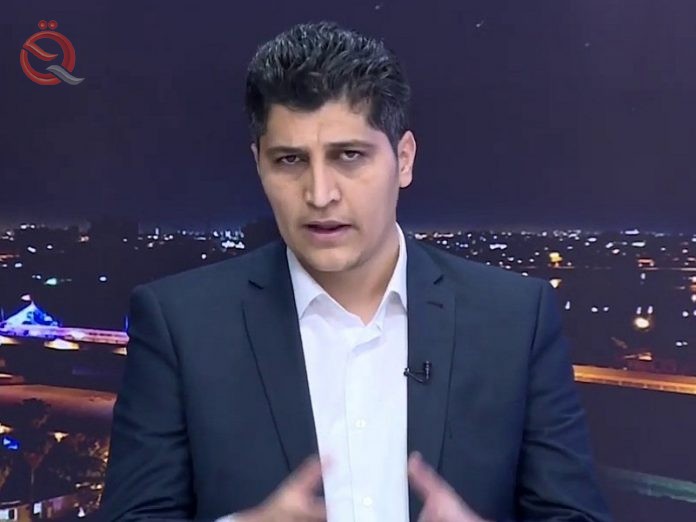 Economy News _ Baghdad
On Saturday, a member of the House of Representatives for the Future Bloc, Sercot Shams al-Din, questioned the seriousness of the center and regional governments in conducting the financial settlement between them, stressing that the two sides wanted the situation to remain suspended without a solution during the next stage.
Shams al-Din said in a statement, "Economy News" received a copy of it, that "Finance Minister Ali Abdul Amir Allawi wrote a letter to the Prime Minister of the Kurdistan Regional Government, Masrour Barzani, for the purpose of financial settlement. It came in the third paragraph of it" The Federal Financial Supervision Bureau coordinates with the Federal Ministry of Finance And the Office of Financial Supervision in the region by calculating and auditing non-oil revenues for the region, pointing out that "this paragraph will allow the region to continue prevarication and its refusal to hand over imports of airports and border ports to the center as it was previously."
He added, “The work of these joint committees is already known to everyone because their members will be managed by the ruling parties, and their agreements will be ink on paper only while what is going on behind the scenes is to allow the provincial government’s adolescents to control the fate and capabilities of the people, so that after that they end with a problem between the two sides The only victim in it is the employees who are threatened with cutting their salaries. ”
Shams El Din demanded that “the Finance Committee’s participation in the House of Representatives in these meetings and monitoring the implementation of the agreement later to cut the road on the region’s government from continuing to fabricate problems with the center each time, and returning non-oil revenues to the center to improve the financial and economic situation of the country in general instead of placing it In international banks to calculate the provincial government sins. ” 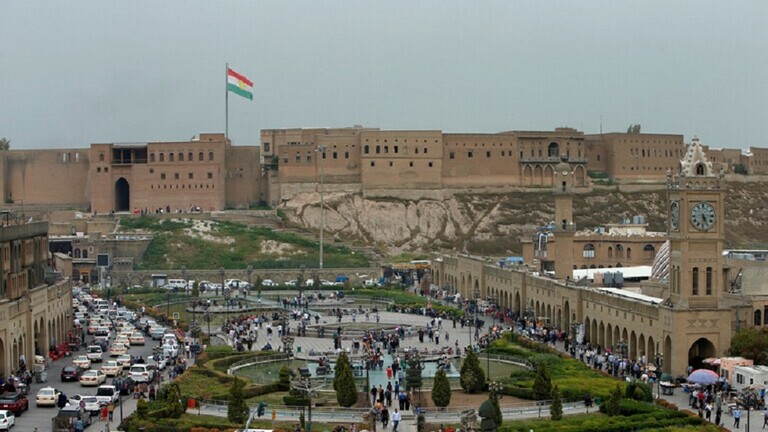 The Ministry of Finance in Iraqi Kurdistan announced its approval of the content of a letter sent by Iraqi Finance Minister Ali Allawi, and it included four proposals for a financial settlement between Baghdad and Erbil.


The ministry pointed out that "the proposals include the payment of 400 billion Iraqi dinars for the month of April by the Finance Ministry in Baghdad to the Kurdistan region, in addition to entering intensive meetings between representatives of the two governments for the purpose of agreeing to a final settlement within a period not exceeding 30 days, and adopts the Federal Financial Management Law as a basis for it ".

She added: "The Federal Financial Supervision Bureau in coordination with the Federal Ministry of Finance and the Financial Supervision Bureau in the region calculates and audits non-oil revenues for the region," noting that the financing of the subsequent payments for last April takes place after the implementation of the agreement that will result from the meetings.

A source in the provincial council of ministers said, "Iraqi Prime Minister Mustafa Al-Kazemi decided to send 400 billion dinars to Kurdistan," adding that "the amount is 53 billion dinars less than the amounts sent during the past months, and there is a high possibility that the amount will reach before Eid Al-Fitr."

According to the 2019 Budget Law, the Iraqi government commits monthly to send 453 billion dinars to the country's northern region.

Document: The Kurdistan government approves the Baghdad proposal to settle the financial situation

Document: The Kurdistan government approves the Baghdad proposal to settle the financial situation 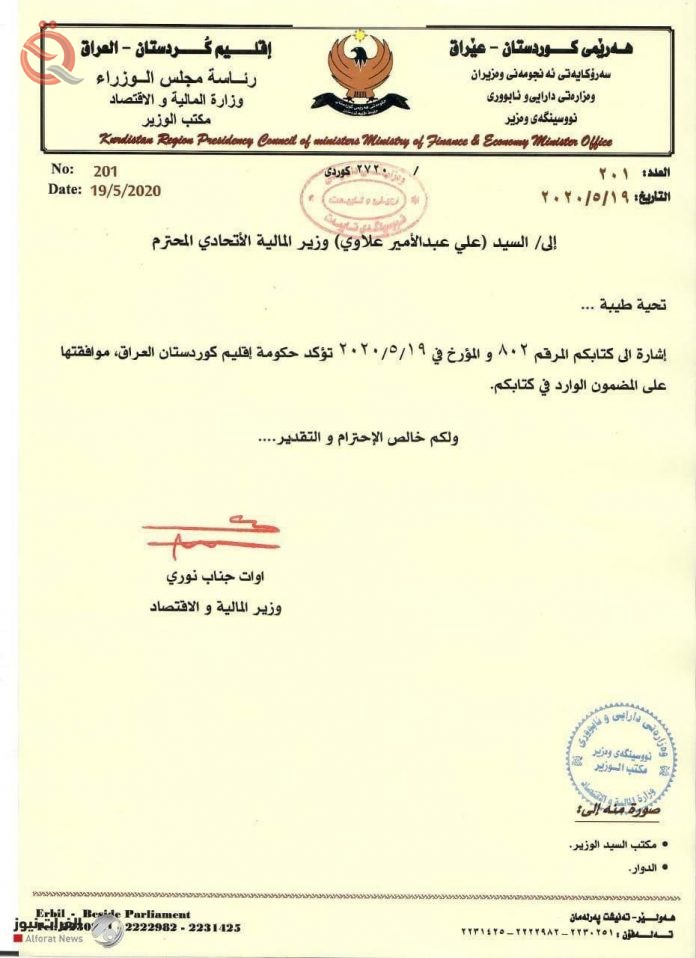