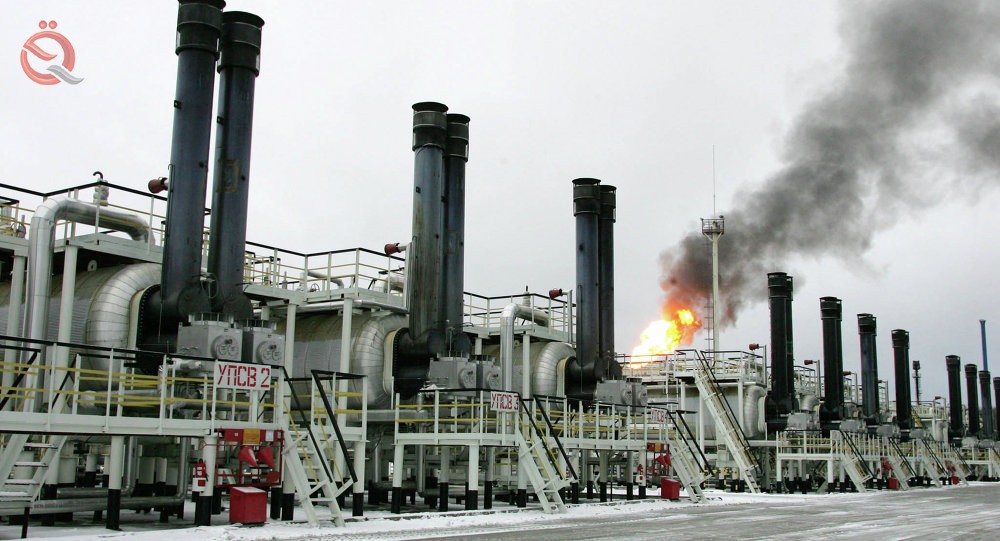 Deputy Prime Minister for Energy and Minister of Oil, Thamer Ghadhban, on Monday, the arrival of production rates in the refinery in Al-Sumoud in Baiji to 70 thousand barrels per day.
Al-Ghadhban said in a statement received by the "Economy News" a copy of it, "The national authorities in the oil sector completed the work of the second phase of the rehabilitation of Al-Sumoud refinery in Baiji, and managed the effort and time of the two standard rehabilitation of hydrogenation units and improve gasoline at Salah al-Din refinery 1 / Production rates to 70 thousand barrels per day. "
He pointed out that "this comes within the government program to develop the oil and gas industry in the country."
For his part, the Undersecretary of the Ministry for Liquidation, Hamid Yunis, said during the opening of the Hydrogenation and Gas Refinement units at the Salah al-Din Refinery 1 on behalf of the Minister. "The rehabilitation operations in both units will ensure the production of oil derivatives at rates of up to 3 million liters of gas and white oil, As well as (1,300) million and three hundred liters of gasoline per day and (350) tons of liquid gas per day. "
In turn, the official spokesman of the ministry Assem Jihad, that "the rehabilitation of the hydrogenation and improve gasoline will satisfy the needs of Salahuddin province of oil derivatives."
Jihad stressed that "the ministry continues rehabilitation operations within the third phase after the completion of the first and second stages to reach the production rates in the third phase to 140 thousand barrels per day."
It is worth mentioning that the rehabilitation operations were carried out by the national efforts of the owners of the companies of the refineries of the north and oil projects, oil pipelines, heavy engineering equipment and refineries of the center and refineries of the south and the supporting bodies in the Ministry of Industry.