For Mark Zerfoss (aka MarkZ) - Dealing With Fraud by Denial

For Mark Zerfoss (aka MarkZ) - Dealing With Fraud by Denial

Dealing With Fraud by Denial


Years after Charles Ponzi was imprisoned for a fraud that cost victims millions of dollars in 1920, the state of Massachusetts determined it had recovered all the assets it could, and began to distribute them to victims, who stood to receive less than 30 cents for each dollar they invested.

To get the money, the victims had to turn over the notes they had received from Ponzi. But many of them refused to do so when the cash was offered in 1931.
Those who refused, wrote Donald Dunn in his book, “Ponzi: The Incredible True Story of the King of Financial Cons,” were “holding onto the belief that Ponzi somehow would yet make good on his promise of 50 percent interest.”

That was probably not the first, and certainly not the last, example of what might be called “buyer’s denial.” It is the belief that somehow a fraud was not what it seemed to be, and that there was still a way to avoid losing the money the victim had foolishly invested.

“One has to ignore a lot of data to come to that conclusion. But that may be better than having to admit to yourself that it is over and you’re never going to get your money back,” said Dean G. Kilpatrick, the director of the National Crime Victims Research and Treatment Center and a professor at the Medical University of South Carolina. “It stands to reason that some would prefer to believe something else.”

To conclude that, it may be necessary to believe that there is some large conspiracy involving the government. Otherwise, why would prosecutors have wrongly claimed there was a huge fraud?

Perhaps the largest case of “buyer’s denial,” at least in terms of alleged damages, is in the fraud involving a tiny company known as CMKM Diamonds, which purported to have valuable diamond mining claims. In reality, what it had was a publicity machine, including the sponsorship of a car at “funny car” races around the country.

Several shareholders in CMKM — some of whom kept buying shares after the government exposed the fraud — want 10 current and former commissioners of the Securities and Exchange Commission to pay them $3.87 trillion, an amount equal to about half the United States government debt in public hands. You might think that would be enough, but the suit claims those are merely compensatory damages. They also want punitive damages, but do not cite a figure.

That is an impressive amount for a company whose last published balance sheet showed total assets of $344. That is dollars, not millions.

The tale the shareholders tell, in a lawsuit filed in January in federal district court in Santa Ana, Calif., is of a conspiracy involving not just the S.E.C., but also the Justice Department and the Department of Homeland Security.

Before getting into their view of reality, we’ll look at the record as developed in court cases filed by the S.E.C. and the Justice Department.

By their account, CMKM Diamonds illegally issued hundreds of billions of shares of stock, which insiders proceeded to sell into the market while the company issued a series of false news releases and failed to file required financial statements with the S.E.C.

With volume in the stock reaching billions of shares a day, the company needed an explanation for where all those shares came from. Disclosure that the company was simply printing them might have alarmed even the least astute investor. 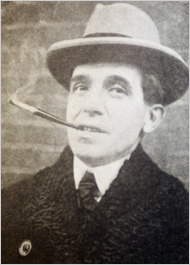 Charles Ponzi in 1920. He offered returns of 50 percent and cost investors millions.
CMKM came up with an explanation that would also be used later by another “pump and dump” fraud named Universal Express. It blamed “naked” short-selling by criminals who had sold shares they had not borrowed beforehand.

Eventually, the S.E.C. ordered a temporary halt to the trading, citing the lack of public information on the company. The insiders kept selling shares, earning a total profit of at least $64 million, according to the government.

The case stands as a tribute to the ineffectiveness of civil remedies against determined crooks. The S.E.C. sued the insiders in federal court in Nevada. Most of them did not bother to reply. The S.E.C. got an order requiring John Edwards, a British citizen said to be the mastermind of the fraud, to pay $55 million in restitution, damages and interest. He left the country.

Urban Casavant, the company’s chief executive and the man who ran the publicity machine, was ordered to pay almost $69 million, but did not. He moved to Canada.

Both of those men, along with four other people said to have been involved in the fraud, were indicted by a federal grand jury in Nevada. Mr. Edwards is fighting extradition from Britain. Mr. Casavant is a fugitive.

The other view of CMKM is advanced by A. Clifton Hodges, a lawyer in Pasadena, Calif. In his class-action suit representing shareholders, and in an interview, he maintained that the government had set up a sting to catch the criminals who were doing the naked shorting.

The government had, the suit says, “evidence that short-sellers were utilizing their activities to illegally launder moneys, wrongfully export moneys, avoid payment of taxes and to support foreign terrorist operations.”

The government supposedly set up a sting using the services of Robert Maheu, a former F.B.I. agent and associate of Howard Hughes, who briefly served as a director of CMKM and complained that he was not paid. Mr. Maheu has since died.

The government now should distribute to shareholders the money it made on the scheme, the suit maintains. It does not explain how it arrived at a number in the trillions.

Mr. Hodges told me he had evidence to back up his case, but would not reveal it now.

He said the suit is allowed under a 1971 Supreme Court decision that allowed victims of ostensibly improper searches by federal narcotics agents to sue the agents as individuals, even though they could not sue the government. He thinks that justifies suing everyone who was an S.E.C. member from 2004 to the present.

Mr. Hodges told me that he could produce testimony from an unnamed witness who had heard Christopher Cox, then the S.E.C. chairman, direct that no enforcement action be taken against CMKM. Mr. Cox declined to comment, citing the pending litigation, but it is worth noting that the S.E.C. did file enforcement actions against the company while Mr. Cox was at the helm.

Mr. Hodges told me he has the phone number of Mr. Casavant, the fugitive former chief executive, in the Canadian province of Saskatchewan, and had spoken to him. He would not provide the number.

While pursuing his own theory of what happened at CMKM, Mr. Hodges does not seem to have done an especially thorough job of keeping up with the official version. The federal indictment of Mr. Casavant was unsealed in September, six months ago. But when I spoke to him this week, Mr. Hodges told me that Mr. Casavant had not been indicted.

Because I had [url=http://select.nytimes.com/2006/09/29/business/29norris.html?scp=2&sq=norris and]written[/url] about CMKM several years ago, several shareholders brought this suit to my attention. When I told one I believed that the suit was unlikely to succeed, another called to ask me if the government was paying me off to suppress the news.

If the suit is dismissed, those shareholders are not likely to conclude that the claim is nonsense. Instead, they probably will see the dismissal as proof of an even larger conspiracy. Buyer’s denial can be a powerful thing.