Haven't had anything to say for a while but now we're getting close so let's get into it....[Article the Central Bank of Iraq on Thursday announced the foreign reserves rose to a total of 72 Billion dollars in the first half of 2019]...how did they raise their reserves when the government was in a deficit situation?  ...they managed to expand investment throughout the country.  Thus reducing somewhat their dependence on oil.  This means dollar investment has in fact been coming in the country despite the fact that the dinar is not yet convertible on the international market...this is extremely good.  Why? ...once the investors get a foothold in Iraq they will come in droves to make money...with the hopes...that they will be able to get their profits out the country in short order.  This means there are now people willing to put their money where their mouth is...

...They are not just hoping for a floating dinar, they are counting on it.  The fact that the CBI has managed to raise its reserves is a clear indication that the float is imminent.  Only with a strong currency can they take the risk of moving to a float.  With 71 Billion in reserves they have about 175% coverage of their entire money supply in hard currency...Thus the dinar is one of the strongest currencies in the world despite its current low value.  As the float begins the they will see the value of the dinar begin to rise.  As it rises they will reduce the money supply with the goal of getting it down to 40 Billion dinar rather than 40 trillion dinar.  Thus at one dollar per dinar (this is after the float has occurred) the CBI will still have 175% coverage of their money, meaning the dinar could easily get back to the $3.50 per dinar range which is their ultimate goal.

Enorrste wrote:With 71 Billion in reserves they have about 175% coverage of their entire money supply in hard currency 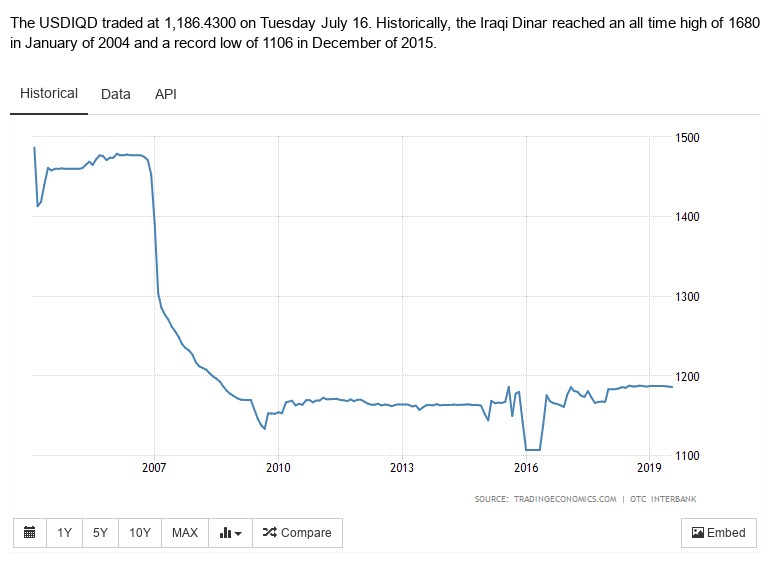 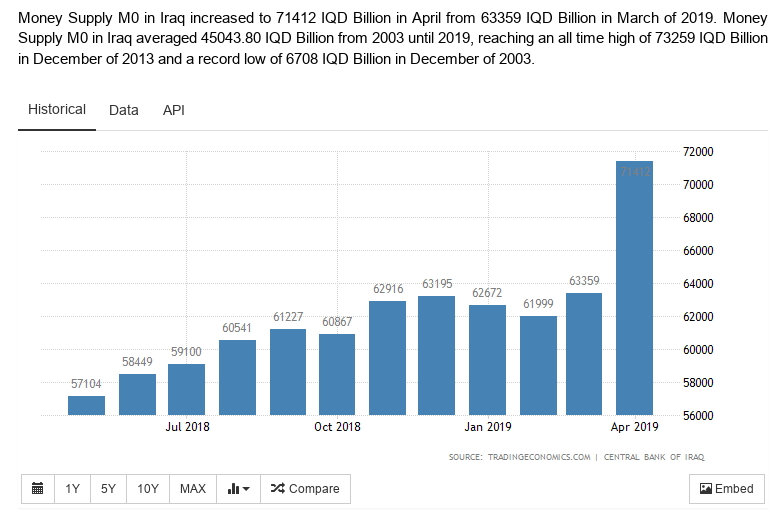