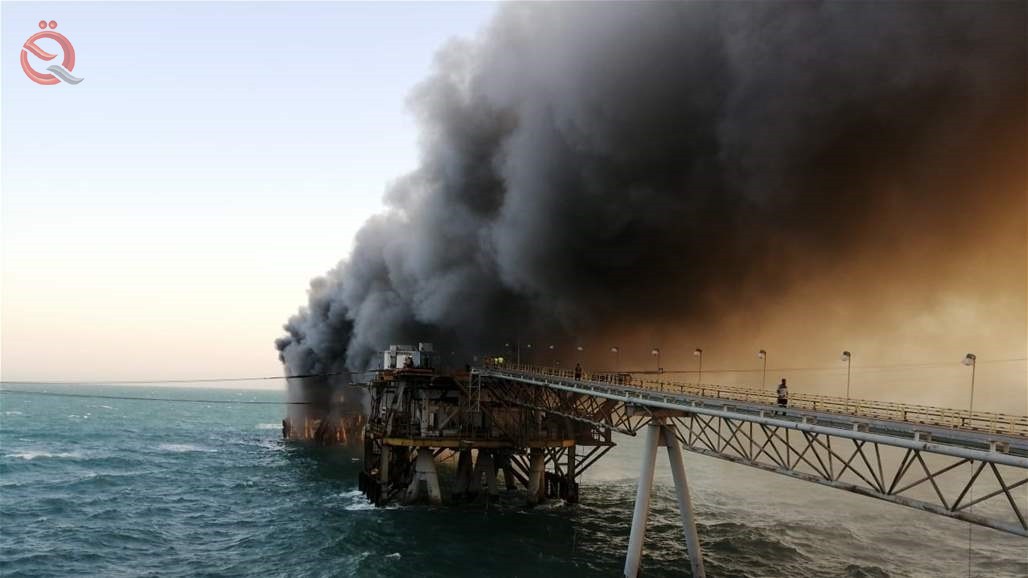 Economy News _ Baghdad
The Basra oil department on Tuesday issued a statement on the fire that broke out at one of its ports, noting that the fire wounded four workers in the port.
The department said in a statement received by the "Economy News" a copy of it, "A fire broke out at dawn today in one of the floors of the building housing workers in the port of Basra oil," indicating that "the incident was controlled and the building was carefully evacuated from all workers who were all in good condition except minor injuries Very for four crew members. "

"The operational status of the port has been fully restored," she said, noting that "there are no stops in the export berths and floating platforms."

A security source said Tuesday that firefighters had taken control of a fire that broke out at the Khufakah oil port in Basra province.