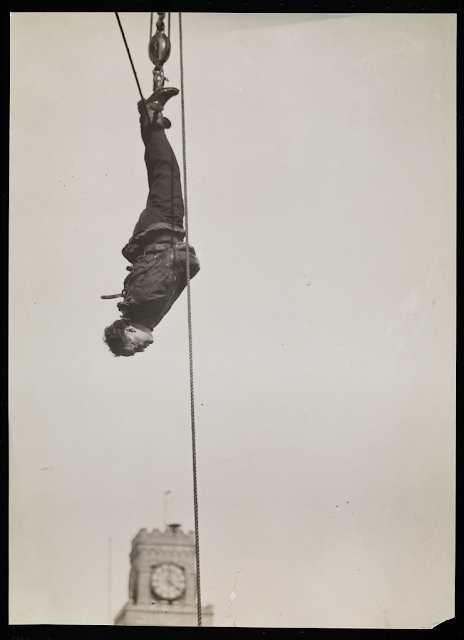 I remember the day someone reached out to me and ask if I would like to be a mouth piece for this process called the GCR over 4 years ago. I had already been in it for 4 years so I was not naive to what that would mean, TNT tony was in jail and his brother had taken over, several others had come and gone and some had crawled back under the big rocks they came out from after taking a few for their money. Some had died and a couple had flat out disappeared. Nothing about this process or being one of those so called intel Gurus appealed to me and so I kindly told them to take that job and shove it, before it even began. I sit here today knowing that was one of the smartest things this old man has ever done.

While listen to Mr C on MarkZ call today it hit me no body in this process who hides behind the scenes and whispers into the ears of the next wave of broadcasters ever seems to be held accountable for the lies they pass on from the layer above them, no one in Reno, no one at treasury, no one from the banks or exchange centers, no one in the military, no one from the galactic's and surely no one from the elders has ever had their name, the time they said it, their email address published after being caught in passing on mis information they probably received from someone above who received it from their high up source. All Anonymous, nobody ever called out by name I am sure it is for fear of loosing a, thought to be, good contact that the gurus don't give out their names after this happens. Think of how much better off we would be if over the years they had been called out and held accountable. In the end I think we would have all found out those who have been repeating bad information over the years are the same rats over and over just telling it to a different person who took the job of broadcasting it to us.

It was made clear by Mr C that he is just the finish line to this mad race for humanity to come to it's senses and throw out those Reptilian Rat Bastard Cabal, who as it turns out are probably the higher ups in charge of all this fodder that has polluted our boards and our intel providers for years. The ones who have hired all the Trolls and Haters that were in full force on Marks call today, organized ready to pounce in CAPS and start a good fight whenever real information was being deliver to the masses. Mr C said he would be happy to meet with the elders or anyone else who could get this done, he is just like most of us waiting for it all to be over. The good news is he is holding all those that give him bad info accountable and reporting them as soon as he discovers what they are up like he did with the Bushes. He ask every other Guru to do the same. Good for him!!!!!

I lived in Costa Rica for a few years and when I first landed in the small town I settled in to, I met a guy the town called the sheriff, turns out he actually was a retired sheriff from California. He lived across the street from me and the first night he fired off a few rounds with his 45, It scared me almost to death. I ask him the next day why he was shooting and he said I do it every night just to let them know I am on watch. I ask, who is them, he said all the thieves, liars and con men who try to take advantage of us gringos here in the jungle. The next day in the center of town there was a guy hanging from his feet covered in insects and in obvious discomfort. I saw the sheriff standing near by and went to ask him what happened, he said he had caught this guy robing a house in town and this was his punishment. He said they had spread honey all over his body and let him hang here for a night so everybody could see who he was, he said when I cut him down he will leave town and never come back to steal from us again. Over the next few years I heard stories of all the other town where crime was out of control but not in my town. There was a consequence to doing bad things to good people. Within months after the sheriff left town crime found it's way back in fast, I was robbed four times in one month and so I left.

What we need here in RV land need is a good sheriff who will hold the liars who have been feeding mis information to Bruce, Judy, Mark, and all the other good people accountable, lets start putting their names up in pearly lights and see how long they continue to feed us disinformation. Time for someone who really knows the truth to step up and do the right thing. These good intel folks have all received hate mail, threats and attacks by the troll network after passing on something they thought was good information and turning out not to be. When this morning in Marks room the group started attacking Judy for passing on what she had heard, that Mr C got paid I felt for her, I knew she was a great lady fighting for a great cause and only trying to do the right thing, Mark a good man as well and stepped up and posted this:[/size][/left]

Mark has admitted he has done the same and now refuses to repeat anything he has heard out of Reno because it's become clear the Rats are running the info coming out of there. Might be time to start covering those giving out bad information with a little honey and see what happens. Spread a little love and sweetness to help the world be a better place.

I love this process and being involved in it, I know someday I am going to tell my many grandchildren how I manage to keep my spirits up in the mist of the biggest storm to ever hit this planet. All we can do is "Trust the Plan" and know that we are a witness to it's coming to completion. One just needs to see all the arrest for Pedophilia to know that Judy and her organization are winning and so will we.

God Bless you all for BEING here and God Bless America and it's intel providers.

So glad I told them what to do with that job. Sorry about the bad language in the video comes out when you get feed up.