Minister of Commerce: invitations to major international companies to attend the "46" of the Baghdad Exhibition

Minister of Commerce: invitations to major international companies to attend the "46" of the Baghdad Exhibition

[size=36]Minister of Commerce: invitations to major international companies to attend the "46" of the Baghdad Exhibition[/size] 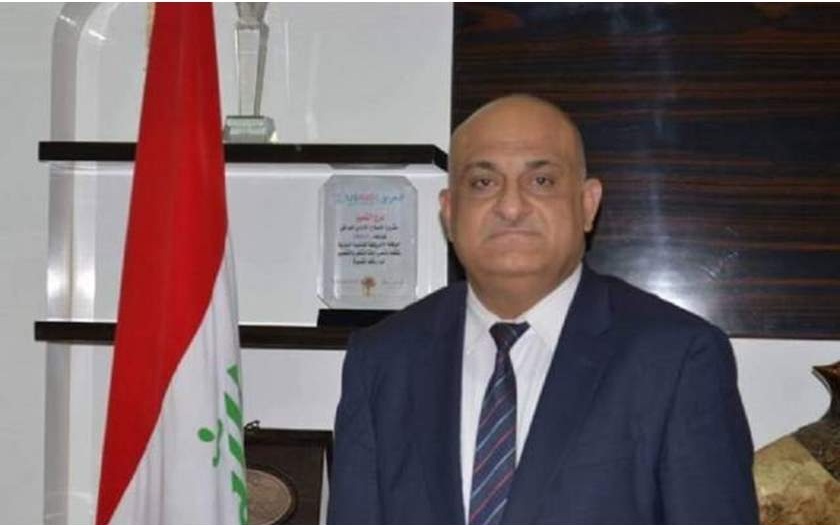 (Reuters) - Trade Minister Mohammad Hashim al-Ani announced the start of preparations for the 46th International Baghdad Fair in October this year.
"The Iraqi Exhibitions Company has prepared a wide program and invited the countries and companies as well as the invitation of Iraqi ministries, bodies and the private sector to participate in the exhibition and the good relations with Iraq will be exploited with a large number of countries to participate in the exhibition," Al-Ani said in a statement received by " .
He added that "the ministry has addressed several letters to commercial attachés in a large number of countries in the world to send official invitations to the countries present in order to participate in the exhibition, which may be different from its predecessors because of the stable situation in Iraq after the announcement of victory over terrorist groups."
On the same level, Hashim al-Sudani, director general of the Iraqi Exhibitions Company, stressed that "his company continues its daily work intensively to prepare and prepare for the international session by issuing invitations to countries and companies as well as rehabilitation operations in the halls of the exhibition and its various roads.
Al-Sudani pointed to "the agreement with one of the local companies to supervise the media and technical works that permeate the days of the exhibition and this company started the work entrusted to it in media mobilization and coordination."

Trade: We received a huge number of requests to participate in the Baghdad International Fair

Trade: We received a huge number of requests to participate in the Baghdad International Fair

The Iraqi General Trade Exhibition Company (BECI), part of the Ministry of Commerce, announced on Sunday that it had received a large number of requests for participation in the 46th edition of the Baghdad International Fair.

"The company will launch an electronic form to provide a reservation for companies wishing to rent exhibition halls in order to participate in the activities of the session," said the general manager of the company, Hashim al-Sudani. 15 of this month, and that the reservation will be electronically via the Internet. "


"The company has set the period between the first to the tenth of next November to hold the exhibition, and preparations are underway to establish the exhibition in the interest of success, especially as it is the main window and the mission of the country to attract international companies and the entry of Iraq and allow local companies to enter projects Common ".


He added that "the desire of Arab and foreign companies and their keenness to participate in the sessions of the Baghdad International Fair through the huge number of letters and requests to reserve spaces on the exhibition grounds even before the announcement of the company opened the door to apply for sufficient space to display products," asserting " Participate in previous sessions to have a presence at this session. "


He added that "the company seeks through the establishment of the exhibition on the introduction of advanced machinery and equipment in all medical, scientific, engineering and agricultural fields by inviting companies that are characterized by the quality of its industry advanced in the world," pointing out that "the exhibition an opportunity for those companies to find investment opportunities in the country and participate in the implementation of All projects, especially reconstruction projects. "

Page 1 of 1
Permissions in this forum:
You cannot reply to topics in this forum
Who is online?
In total there are 111 users online :: 0 Registered, 0 Hidden and 111 Guests :: 2 Bots