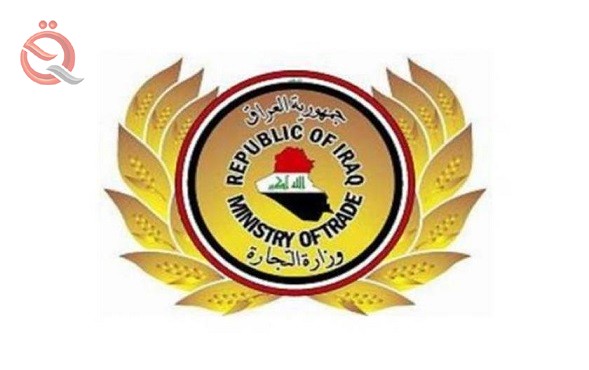 The Ministry of Commerce announced on Thursday that it is preparing a plan for the implementation and transfer of 51 investment projects from the current year until 2022.

The ministry's media spokesman, Mohammad Hanoun, said in a press statement that the ministry "prepared a program aimed at referring 51 projects in cooperation And coordination with a number of its subsidiaries, including the two companies trade in food and grain, in addition to the grain manufacturing company, in order to be implemented in several stages over the next three years.

He added that his ministry "will add and adopt other investment projects with the General Secretariat of the Council of Ministers, the most important of which is the development and activation of economic relations with all countries of the world, and the completion of the files of Iraq's accession to the World Trade Organization," adding to the keenness of his ministry permanent "to make achievements and take notes and proposals for Improve performance to be incorporated into the Government Program Supplement ".

On the other hand, Hanoun expressed that "the rehabilitation of the companies and departments of his ministry, will be through the support of the plans set in order to draw the work of those departments, with the need to develop mechanisms that will strengthen the plans and follow-up implementation of paragraphs of the program prepared by the government as the basic criterion To assess the work of his ministry, stressing the need to achieve it in an optimal manner within the time set for him.

He pointed out that "Trade Minister Mohammed Hashim al-Ani instructed the need to buy archiving devices to the registration of companies as soon as possible, in addition to studying the status of the ration card and its vocabulary and basic segments benefiting them, improving the quality of materials and preventing any corruption or waste, In order to provide many of its vocabulary. "

Page 1 of 1
Permissions in this forum:
You cannot reply to topics in this forum
Who is online?
In total there are 114 users online :: 0 Registered, 0 Hidden and 114 Guests :: 2 Bots