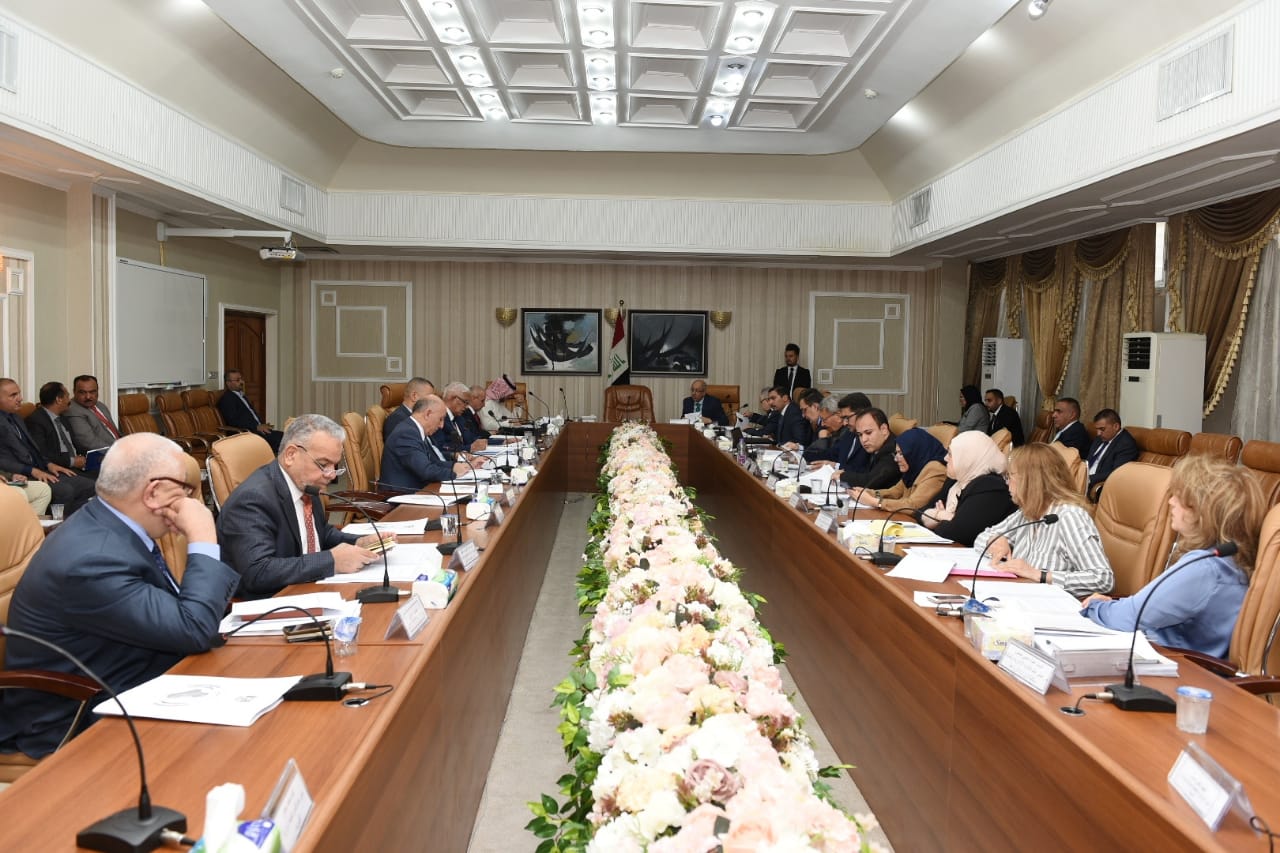 Mr. chaired by Deputy Minister of Finance Committee meeting on the numbers of Strategy of the state budget for the year 2020- 2022 at the ministry 's headquarters , where they were during the meeting , which was attended by a number of members of the House of Representatives and the Undersecretary of the Ministry of Planning and a number of advisers in the House of Representatives and the prime minister and representatives of the Ministry of Interior, Defense and the provinces of Maysan And Diyala.

The budget strategy of the Ministry of Defense and the programs of the Ministry, which are aimed at maintaining Iraq's security and stability, protecting the borders and developing the capabilities of the armed forces and preparing them for any emergency situation facing the country. on the other hand

The strategy of the Ministry of Interior regarding the general budget of the Ministry and the sub-budgets and the plans to receive the security file for the liberated areas and support the unified national card and the national project of public traffic was discussed.

The Director General of the National Retirement Authority discussed the plans and objectives of the Authority to solve the problems faced by the employee assigned to retirement and also referred to the need to give privileges to university professors, judges and special grades for the purpose of supporting them during their retirement age and open the file of martyrs and injured in the liberated areas for the purpose of completing their dues and military grant Retired and touched on the Authority's efforts to complete the transition requirements to the electronic system to reduce the routine and reduce and simplify procedures in the completion of transactions and the opening of branches in all regions.

The meeting was attended by a number of Directors General of the Ministry of Finance and other ministries.