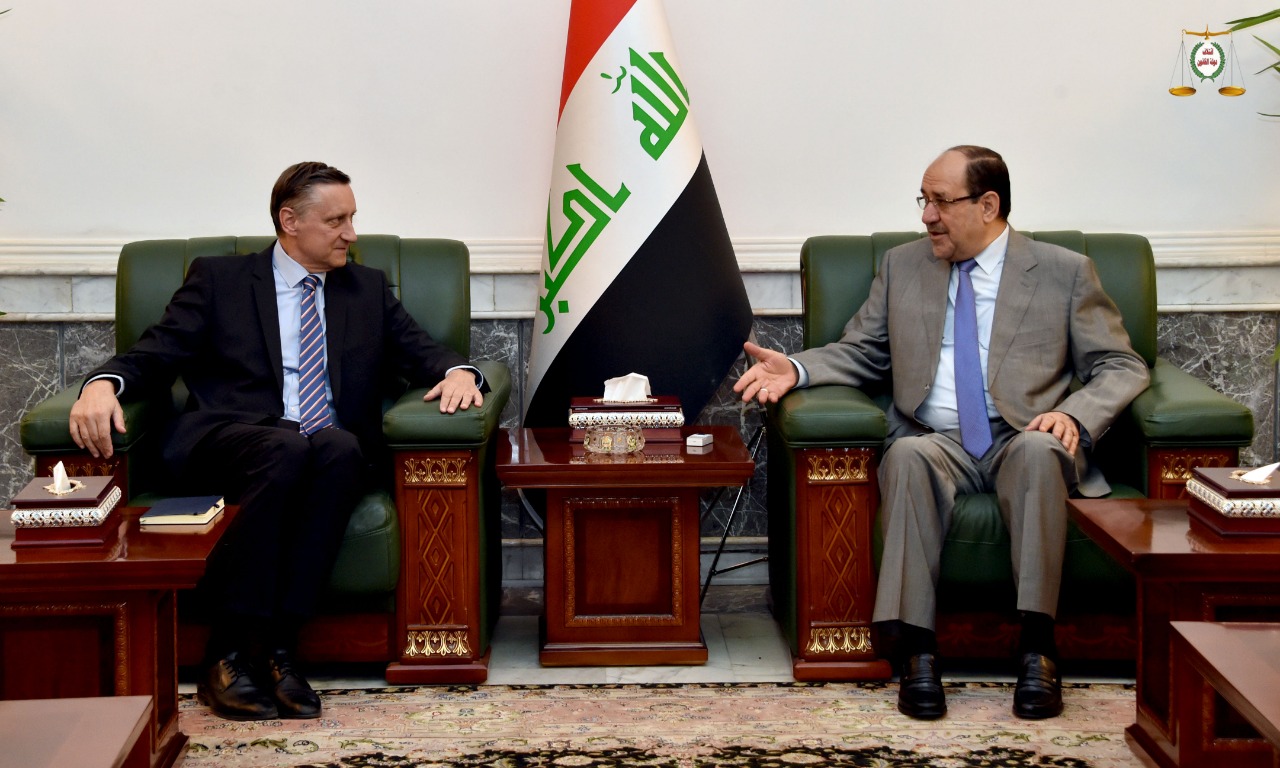 The Secretary-General of the Council of Ministers, Mr. Hamid Al-Ghazi, praised the efforts made by the Ambassador of the Federal Republic of Germany in Iraq, Mr. Cyril Nan during his tenure in Iraq, which contributed to the development and strengthening of relations between the two countries.
The Secretary-General paid tribute to the role played by the Federal Republic of Germany in combating terrorism, restoring stability and development in Iraq, hoping to benefit from its future experience in the technological, economic and military fields. He expressed the desire of the Iraqi Government to continue working with its counterpart German, in all fields.
For his part, Mr. Nann stressed his country's efforts to support stability in Iraq, pointing out the results of coordination of joint work between the two sides, the resulting return of displaced people to their liberated areas and the rehabilitation of Germany by 15 thousand houses in Mosul.
In another part of the meeting, views and views were exchanged on the future working mechanisms and the legal cover of the German Organization for International Cooperation (GIZ). The German Ambassador pointed out the importance of resolving the file in order to determine the legal form (rights and duties) of the Foundation to support small and large economic projects in Iraq, In previous years, it provided about 1 billion euros to support various projects in liberated areas.
In this context, the Secretary-General of the Council of Ministers promised to coordinate efforts between the two sides to continue working with the German Organization in the coming days.
At the end of the meeting, the Secretary General presented a memorial shield to the German ambassador, expressing the civilization of Mesopotamia, wishing him success in his future tasks.

Page 1 of 1
Permissions in this forum:
You cannot reply to topics in this forum
Who is online?
In total there are 54 users online :: 1 Registered, 0 Hidden and 53 Guests :: 4 Bots