The political opposition front against Prime Minister Adel Abdul Mahdi started to widen after the announcement of the alliance of former Prime Minister Haider al-Abadi and the Al-Hakama faction led by Ammar al-Hakim to resort to the opposition option. The Sadr Alliance, supported by the Sadrist leader, launched a series of interrogations and assessments Of the ministers of Abdul Mahdi.

He announced in a statement: "Based on a review of the visions and convictions previously discussed by the Office in detail, the meeting ended with the announcement of the national wisdom stream adopted by the option of political opposition constitutional national constructive, And full commitment to this option Altari, and what is required and the required role and mobility and performance and attitudes at the national level ».

This comes days after the alliance of "victory" led by former Prime Minister Haider Abadi, adopt this option, while political and popular circles said that the resort of the currents to the opposition comes after their failure to get the positions they were demanding Prime Minister Adel Abdul-Mahdi, Al-Fath and Al-Suhail have senior positions within the state, begin to terminate the Agency's positions, and appoint personalities.

"Hikma": The opposition is "supportive" of the political process

In turn, the MP on the wisdom stream, Hassan Vadam, on Monday, that «the option of political opposition announced by the current is not surprising, which is complementary to the political process, and is not aimed at overthrowing the government of Abdul Mahdi», adding in press statements that «the stream of wisdom announced clearly that it will be within Political opposition within the House of Representatives », and said:« Our work will be monitoring the work of the government and do not aim to overthrow or to target and weaken the political process in Iraq ».

But the observer for the political affairs confident Mersoumi believes that «this trend does not serve the national interest under the current circumstances, as the large political blocs agreed on Abdul Mahdi as prime minister, and did not spend a long time to evaluate his work, whether failure or success, and the political blocs to give him more time, The required reform can not be achieved in a few months, such as Iraq. "

Al-Marsoumi said in a statement to Basnews that "Abd al-Mahdi seems to be moving well, and has managed during the last period to provide some concrete things, such as significant security improvements, opening the Green Zone, improving relations with the Kurdistan Region, And support the file of foreign relations, and must stand next to him, especially as he is not ambitious in office ».

Abadi "leads" the opposition .. and behind the scenes moves

The opposition movement is led by former Prime Minister Haider al-Abadi, who aspires to return to the premiership and exploit the situation of the current government and its president, Abdul Mahdi, who has been exposed without the support of the political blocs or a real adoption of it.

"More than seven months after the formation of the current government, it has not committed itself to carrying out its government program to provide services to citizens," said MP Khalil Mohammed Saeed.

"Said Said in a press statement, that« most of the political blocs are close to our approaches based on the formation of an opposition bloc within the House of Representatives », pointing out that« the most prominent of these blocks and parties that will join the parliamentary opposition are coalitions of national and decision and others and the rule of law and Kurdish forces ».

In the scenes of «the dream of return» to the premiership, former Prime Minister Haider Abadi moves shuttles between blocs and figures in the window, influential leaders in the political center, such as clerics in Najaf and others, to prepare for the new project, which is expected to be launched during the next few months, To dismiss Abdul Mahdi and return to the post of prime minister, after settling differences and intersections with Iran.

Abadi met with the Iranian ambassador to Baghdad, Erj Masjadi, last Tuesday, and announced during the meeting his rejection of any measures aimed at the Iranian people and the siege on him, in a striking statement. 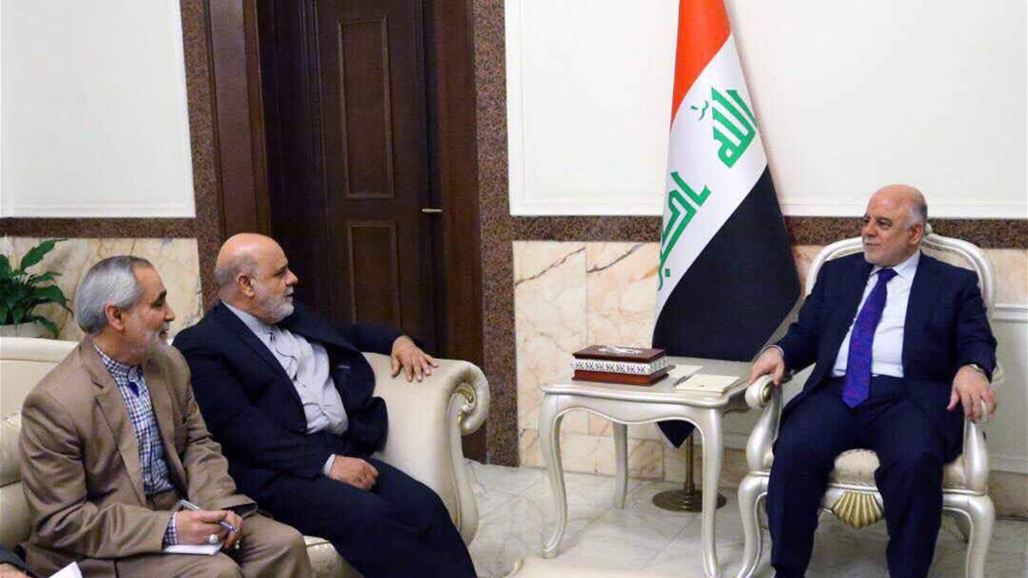 A statement issued by Abbadi's office said that the latter met with "the Iranian ambassador in Baghdad, Mr. Irj Masjidi. During the meeting, they discussed the bilateral relations and cooperation between the two countries and means to strengthen them in the interest of the two neighboring countries. The region and reject any measures aimed at the Iranian people and the siege on it ».

Statements that observers saw and mean that they come in the context of «courtship» Iran under the current circumstances that live after the tightening of the screws on them, because of the sanctions imposed on Washington, as well-informed sources said that Abadi and Masjadi clearly discussed the issue of his return to the premiership, Before the political blocs towards the opposition, and what may result in developments, or dismissal of the current Prime Minister Abdul Mahdi.

According to the sources who spoke to Basnews, "preliminary understandings have been reached between the two men, that there is no objection to the return of Abbadi to the premiership in the event that the political blocs so desire, provided the abandonment of the usual intensity with Iran, and facilitate some actions in terms of financial and banking aspects of the operation Things, and not to make changes in the composition of the Cabinet, and to keep the current officials in office ».

The sources added that "the understandings of Iran does not necessarily mean abandoning Abdul Mahdi, but is preparing for the next steps, which may be surprising, or difficult to make arrangements because of timing, especially as the Iraqi political arena wide open, and everything is expected.

On the other hand, the alliance of Sadrists, supported by the leader of the Sadrist movement, Muqtada al-Sadr, is still reeling between the two sides. On the one hand, he is talking about reform and ending financial and administrative corruption. On the one hand, he is making arrangements with the Fatah coalition on sharing hundreds of positions in the agency, This month, as stipulated in the budget law.

In an attempt to ride the wave of "opposition", the alliance of "Surun" assessments will soon be announced to the ministers of Abdul Mahdi, on the implementation of the government program.

The local Iraqi media quoted well-informed sources as saying that "the mass of Asurun prepares assessment reports for each minister in the government of Abdul Mahdi separately, and depends on the report on the times committed by the Minister and the extent of application, while the bloc will work to remove the defaulters," noting that «mobility The discharge depends on the completion of the cab ».

The sources added that «the work of the Committee continues, and proved the shortness of four ministers so far, while preparing a report on the Minister of Electricity Loay Khatib» pointing out that «Health Minister Alaa Alwan outside the four, and his report so far good».