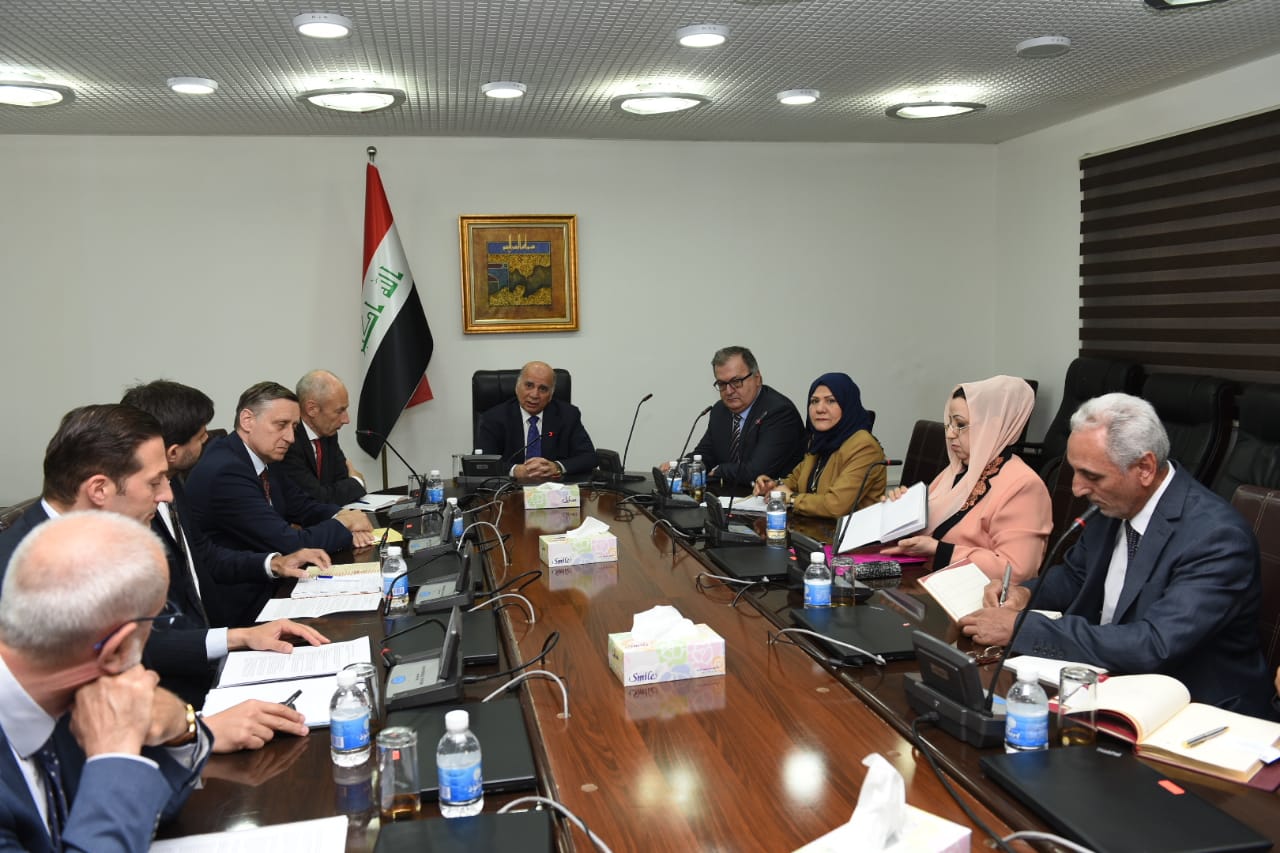 The Deputy Prime Minister for Economic Affairs and Minister of Finance, Mr. Fuad Hussein, in Baghdad on Monday, June 17, 2019, a joint meeting of the Ambassador of Germany and the Netherlands, the French Deputy Ambassador and Director of the General Authority for Taxation, Assistant Director General of Customs and Director of the Office of Deputy Prime Minister and Advisor to the Committee on Economic Affairs.
During the meeting, they discussed the prospects of cooperation and exchange of experiences between the budget departments, taxes and customs in those countries with the departments of the Iraqi Ministry of Finance. 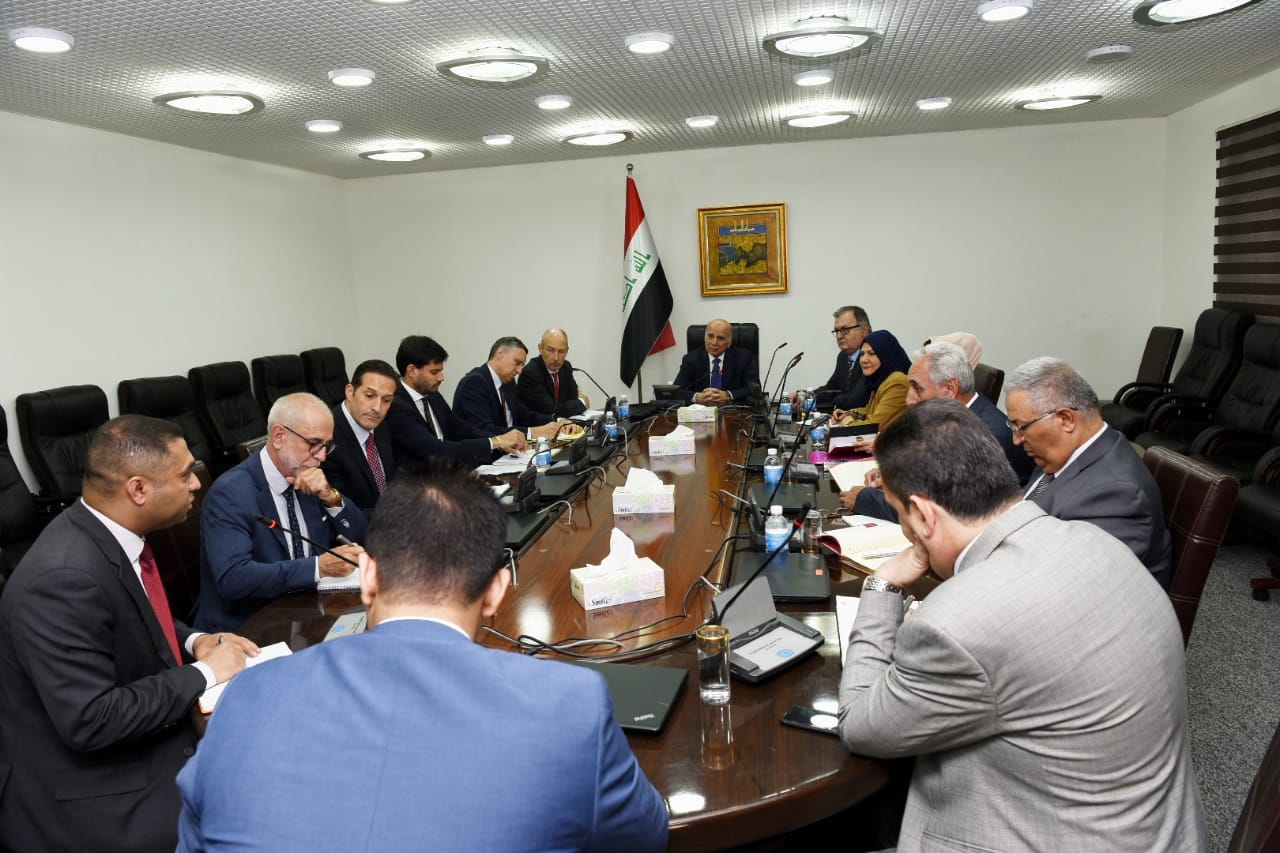 The Deputy Prime Minister pointed out the importance of benefiting from the experiences of our friends in the European Union countries in order to support the sectors and departments of the Ministry of Finance through providing advice and training and benefiting from their expertise and advanced systems in these areas.
The German ambassador noted that his government fully supports the efforts to develop the work of the Ministry of Finance, especially with regard to the preparation of the budget and the customs and tax system and this is through joint work through the German Development Organization GIZ, which works continuously with the Office of Deputy Prime Minister for Economic Affairs and the Ministry of Finance, Exchange of meetings, visits and training, as well as ongoing work with the Supreme Anti-Corruption Council to develop working methods to reduce corruption.
For his part, the French Deputy Ambassador expressed his country's full readiness to provide assistance and advice has started a program to train cadres of the General Authority for taxes in the federal government and the Kurdistan Regional Government will also send experts in the preparation of budgets to be a balance of performance and not budget needs and salaries only.
The meeting agreed to continue joint work in order to raise the efficiency of the performance of Iraqi financial and economic institutions.

Page 1 of 1
Permissions in this forum:
You cannot reply to topics in this forum
Who is online?
In total there are 148 users online :: 1 Registered, 0 Hidden and 147 Guests :: 3 Bots