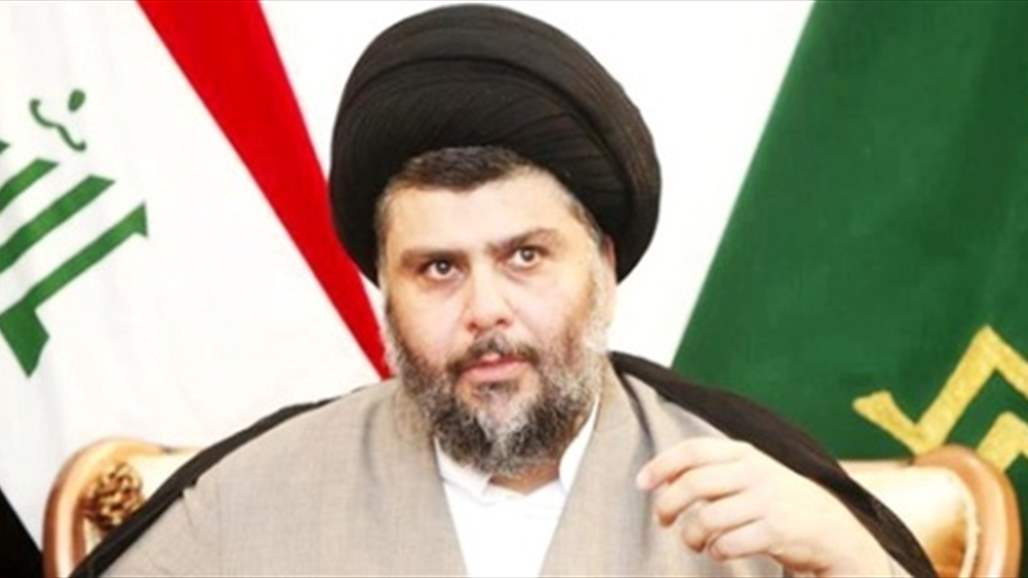 The leader of the Sadrist movement Moqtada al-Sadr said on Sunday that the statement of improving electricity in the tenth month mock the Iraqi people and made 10 proposals to improve electricity supply.

Sadr said in a tweet followed by Alsumaria News, "The saying of the improvement of electricity in the tenth month mock the Iraqi people, as it is said to export surplus electricity from Iraq to abroad."

Sadr made 10 proposals to improve electric power, including "cutting the hands of militias and parties controlling the ministry and generating stations and accounting generators traders as well as the collection of electricity by Ayad Naziha and Amina."

Sadr's proposals included "cutting off electricity from officials to feel the suffering of the people, especially those inside the green." 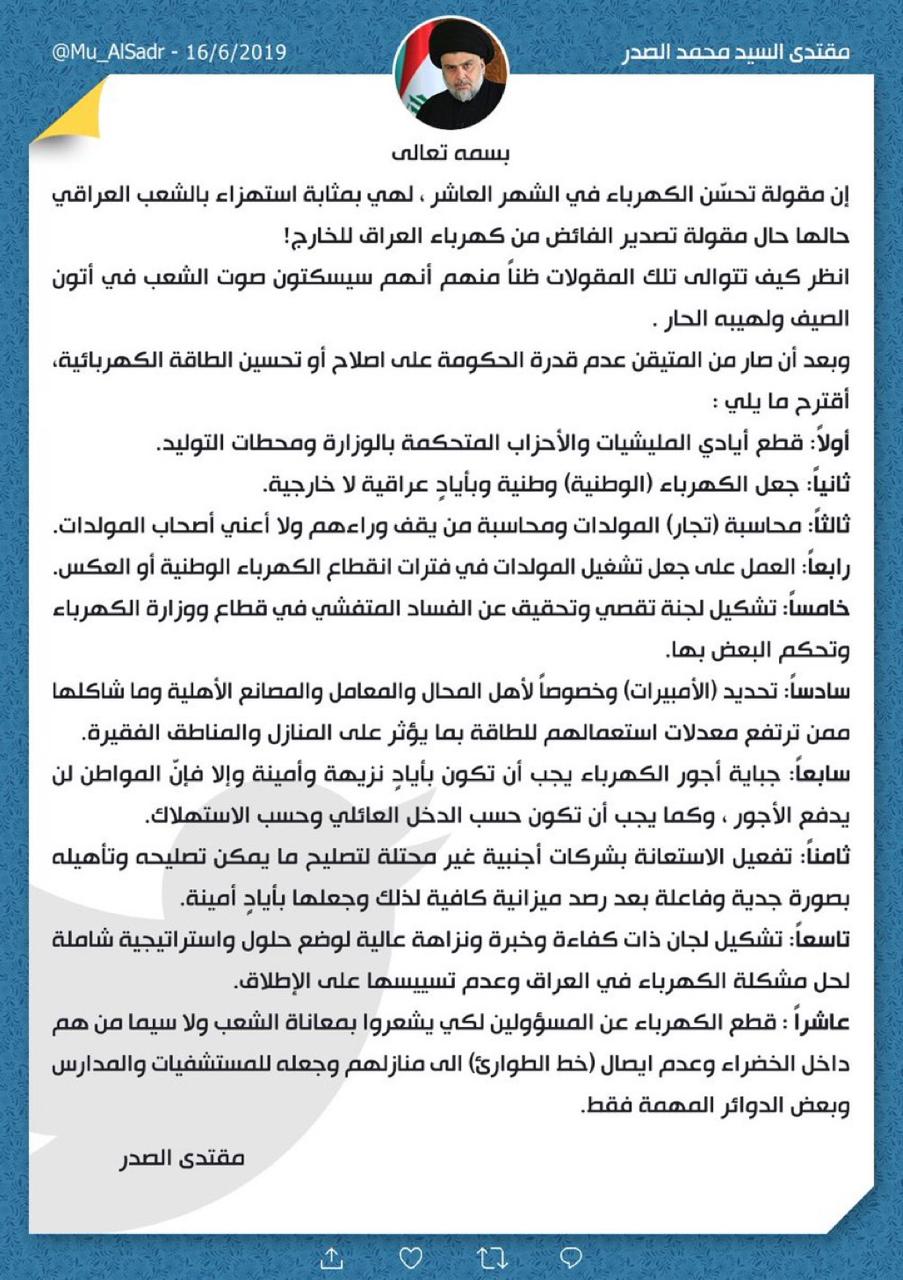 Most users ever online was 2065 on Mon Apr 09, 2012 5:34 pm
Latest topics
» THE ARAB MONETARY FUND ISSUES A STUDY ON "CAPITAL FLOWS IN ARAB ECONOMIES: THE RELATIONSHIP BETWEEN INVESTMENT AND SAVING"