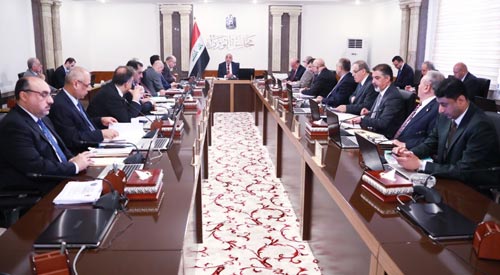 
The Cabinet approved the Third Amendment Bill for the Implementation of Irrigation Projects Law No. 138 of 1971 and referred it to the Council of Representatives.

The amendment requires the competent department to submit the request for acquisition or extinguish the right of disposal to the competent court after thirty days from the end of the disclosure and assessment. The court estimates the amount of compensation in cash according to the prevailing prices at the time of the disclosure.

Page 1 of 1
Permissions in this forum:
You cannot reply to topics in this forum
Who is online?
In total there are 187 users online :: 2 Registered, 0 Hidden and 185 Guests :: 3 Bots