Information / follow up
The 23rd edition of the Petersburg International Economic Forum will kick off on Thursday, amid expectations that challenges facing the global economy, especially trade wars, will overshadow the forum.
The forum is a unique international event in the world of economy and business, where leaders of political and economic forces meet annually and are attended by Russian President Vladimir Putin and this year is attended by Chinese President Xi Jinping, whose country is engaged in a trade war with Washington.
The Forum will be held in the period from 6 to 8 June. Participants will discuss four main themes: stability of the global economy, achieving the development goals of the Russian economy, modern technology and the role of man in the economic process.
According to the Kremlin website, President Putin will participate in the forum on Thursday and Friday, where he is expected to deliver a speech at the forum's plenary session, entitled "Developing a stable development agenda".
Also participating in the forum are a number of ministers and businessmen from Arab countries, and the heads of the world's largest investment funds, who manage billions of assets, are expected to attend.
The Forum is a platform to attract foreign investments to the Russian economy, where the year is the conclusion of several agreements and deals and memorandums of understanding between the world's largest economic and financial institutions, and the outcome of last year was the conclusion of 550 agreements more than $ 38 billion. End 25 n

Information / Baghdad ..
The activities of the Petersburg International Economic Forum "Development of the Sustainable Development Agenda", with the participation of representatives from 140 countries and an effective Arab presence, were launched in Russia on Thursday.
The forum, which will last until Saturday, will be attended by managers of major Russian and foreign companies as well as politicians, prime ministers and ministers.
The Petersburg Economic Forum is called the Davos Russian Forum, given its size and level of participants, and is expected to attract more than 12,000 participants from 140 countries.
The forum is a platform to attract foreign investment to the Russian economy, with more than 90 activities and a forum for small and medium-sized businesses.
This year, Qatar is represented by a high delegation headed by its Deputy Prime Minister and Minister of Foreign Affairs, Mohammed bin Abdul Rahman Al Thani. The Saudi delegation is headed by Saudi Energy Minister Khalid Al-Falih, whose participation is of great importance since this year. Producing oil within the framework of the agreement to cut production "OPEC" 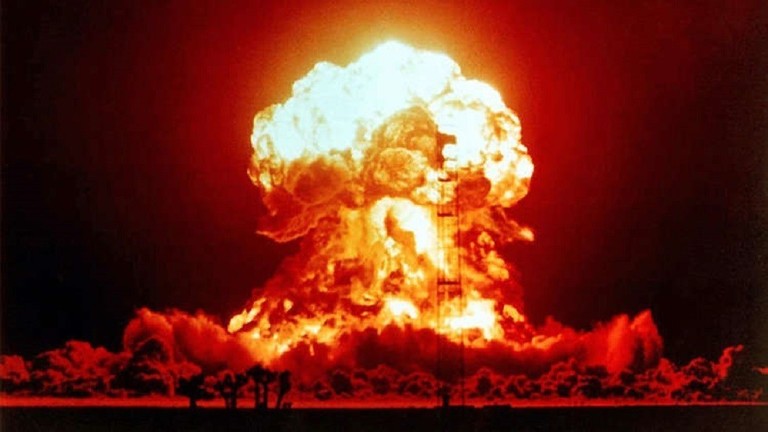 predicted Palestinian businessman, Talal Abu - Ghazaleh, of a severe economic crisis in 2020, begins in the United States and ends with a third world between economic giants, Washington and Beijing war.
In an interview on the sidelines of the Petersburg International Economic Forum, Abu Ghazaleh said the impact of the crisis would be serious for the global economy and would cause recession and many bankruptcies.
But Abu Ghazaleh, who owns a global conglomerate, sees emerging economies like India capable of adapting to the crisis, pointing out that Washington's sanctions weapon is two-edged.
The international economic forum is set to start today and will continue until Saturday, amid active international and Arab participation. The economic event, dubbed Davos Russia, is expected to attract more than 12,000 participants from 140 countries.

[ltr]President Vladimir Putin said on Thursday that Russia was ready to abandon the Strategic Arms Reduction Treaty with the United States, known as the "New START", if there was no interest in renewing it.
"If no one feels a desire to extend the agreement - the new START - well, then we will not," Putin said at the St. Petersburg Economic Forum, referring to the Strategic Arms Reduction Treaty (START), which determines the number of nuclear warheads in both countries.
"We have said hundreds of times that we are ready [to extend them], but Washington is not holding any talks with Moscow in particular."
"There is no formal process of talks, and in 2021, everything will end," Putin said.
US President Barack Obama and Russian President Dmitry Medvedev signed the 2010 agreement in Prague.
The new START, together with the Convention on the Elimination of Nuclear Weapons (INF), is a cornerstone for the reduction of the weapons of major powers.
Washington and Moscow put the second agreement in the air earlier this year amid accusations.
Putin warned that the possible repercussions if the "new START" was abandoned would be huge, and the alternative would be fueling a nuclear arms race.
He pointed out that "there will be no tools to limit the arms race, such as the deployment of space weapons," indicating that "this means that nuclear weapons will be the same over all of us all the time."
Putin also pointed out that Russia will not fear putting the treaty on the shelf because it is developing a new generation of weapons, which will ensure the security of Russia in the long term.
"We have surpassed our rivals in the superior arms industry," Putin said
[/ltr] 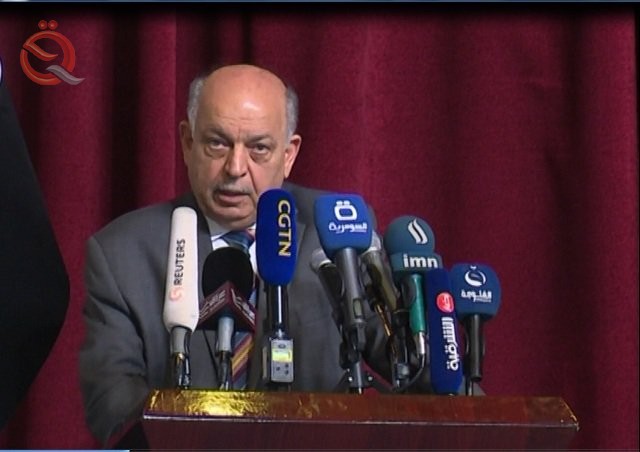 Iraq supports the extension of the current agreement between OPEC and its allies to reduce oil production, Oil Minister Thamer Ghadhban said, adding that more serious action should be taken in the light of recent market developments.
Al-Ghadhban said that the current 1.2 million barrels per day (bpd) production cut, due to expire this month, has proved "partially effective" in reducing oil stocks and helping stabilize the market.
"But recent developments have shown the need for more serious action," he said on the sidelines of the sector in St. Petersburg.

Iraqi oil minister to RT: Demand for petrochemicals will double by 2050

Iraqi oil minister to RT: Demand for petrochemicals will double by 2050 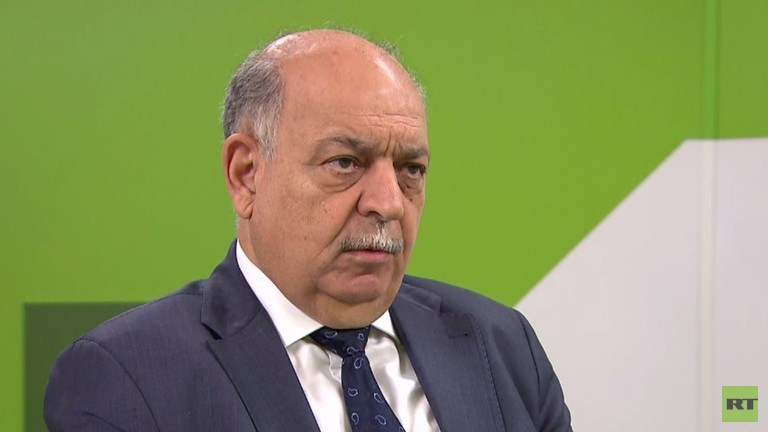 Iraqi Oil Minister Thamir al-Ghadhban expected a bright future for oil and said in an exclusive interview to RT that demand for petrochemicals would double by 2050, boosting the importance of oil.


In response to a question about the fate of the OPEC + production reduction agreement, Ghadban said, "There is a great desire among OPEC producers and producers from outside to continue production cuts until the end of the world."
He stressed at the Petersburg International Economic Forum that the participants in the agreement are seeking to stabilize the oil market, and provide sufficient supplies at fair prices for the producer and consumer.


The international economic forum, which will run until Saturday, will be held on Thursday with active international and Arab participation from more than 140 countries. Participants will discuss the challenges facing the world economy, especially the energy sector.

The President of Lukoil, Vagit Alekperov (pictured), has met with Thamir Abbas Ghadhban Al Ghadhban, Deputy Prime Minister and Minister of Oil of the Republic of Iraq, at the St. Petersburg International Economic Forum.
The parties discussed the progress of West Qurna-2 project and agreed to consider the possibility of early commissioning of Eridu field (Block 10). The Minister of Oil of Iraq expressed the support of Lukoil’s initiatives aiming at development of Iraqi projects, fulfilling obligations under the Service Contracts.
The parties have also expressed their interest to consider gas ​processing and petrochemical projects in Iraq.
(Source: Lukoil)

Similar topics
» A large Arab economic delegation to visit Iraq tomorrow
» Iraq receives an invitation from Russia to attend the St. Petersburg Economic Forum
» Contracts and deals totaling $52 billion, the proceeds of the Petersburg Economic Forum
» The Iraqi Ambassador to Saudi Arabia: Abdul Mahdi will visit the Kingdom soon
» Abdul Mahdi is visiting China and these are the most prominent files