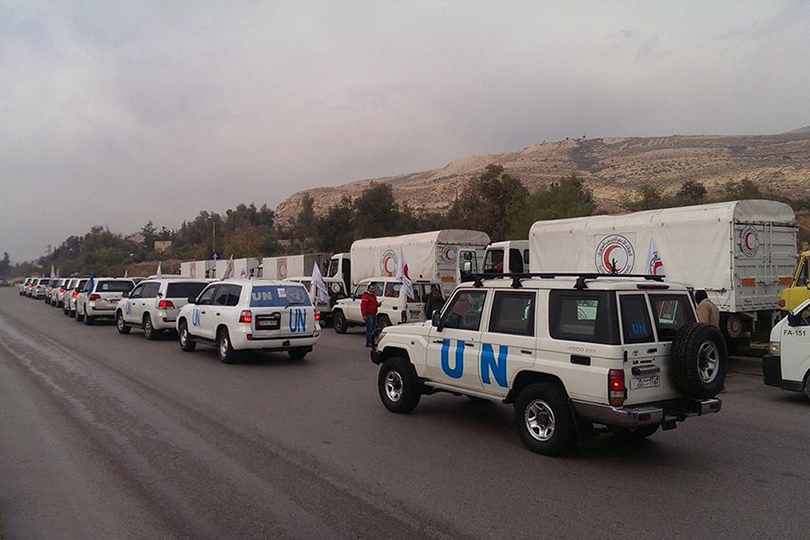 The United Nations has in recent years presented its achievements in Iraq ... especially in the areas of: political affairs ... elections ... human rights and justice ... development and humanitarian support ... education and literacy ... environment and water / sanitation ... Employment ... Health ... Housing ... Electricity ... Refugees and IDPs ... Youth and women ... Combating corruption ...
Although more than 10 years have passed since the fall of the former regime in 2003, this has not been reflected in the deteriorating reality in Iraq, and there has been little achievement in the above mentioned areas.
A United Nations report on its achievements in the field of housing stated:
The United Nations is assisting the Government of Iraq in improving housing for all. UN-HABITAT has developed urban and sectoral policies, designed and implemented housing and slum upgrading programs, and rehabilitates the urban infrastructure (housing, schools, hospitals, parks and government buildings). UN-HABITAT has contributed to improving the lives of 376,000 people through the rehabilitation of 400 community facilities and 2,460 housing units.
And what we would like to offer in the field of housing ... The United Nations has proved its failure to support and guide the Iraqi governments that followed the rule of Iraq after the fall of the regime in 2003 ... especially by providing experts and specialists in this regard in order to provide housing for large sectors of Iraqi society live Below the level of the poverty line estimated at more than 23 per cent, nearly 7 million people ... According to statistics prepared by the Central Bureau of Statistics in the Ministry of Planning and Development Cooperation ... The Iraqi government has not managed to reduce this number, which has been increasing continuously .. Where these poor families live in informal neighborhoods with immovable housing And a lack of development in its construction lacks the most basic elements of civilizational and human life.
The phenomenon of the spread of slums and their increase in Iraq significantly in recent years is one of the negative aspects of the failure of government policies for housing because of the acquisition of elements that are not qualified and incompetent to manage these institutions as a result of the adoption of the system of partisan quotas abhorrent and lagging housing programs and the absence of proper urban planning ... And the lack of seriousness and interest of the United Nations to help Iraq in this area and to develop effective solutions to this problem, which has lost credibility for the achievements that have been continuously presented and nothing has been achieved.
Iraq today needs to develop a strategy for housing, which is one of the most important infrastructure for building the state and society, and is closely linked to urbanization and urbanization and the process of development of societies in various economic, social and humanitarian aspects ... The concept of urbanization and progress in our modern world necessitates the state to provide suitable housing for citizens, And this is a right guaranteed by law, custom and conscience, which is one of the most important duties and priorities of the government ... A citizen who lives in slums has the right to adequate and decent housing, which preserves his humanity and dignity for him and his family. Regardless of their partisan, national, religious and sectarian affiliations and social status.
We hope that the United Nations will take an important role in this area and help the Iraqi government to address this non-civilized phenomenon and find alternative scientific solutions to the informal settlements that have taken place in recent years with a noticeable increase, which affect the progress and prosperity of the country and the way to build a modern civil society.

Page 1 of 1
Permissions in this forum:
You cannot reply to topics in this forum
Who is online?
In total there are 139 users online :: 2 Registered, 0 Hidden and 137 Guests :: 2 Bots