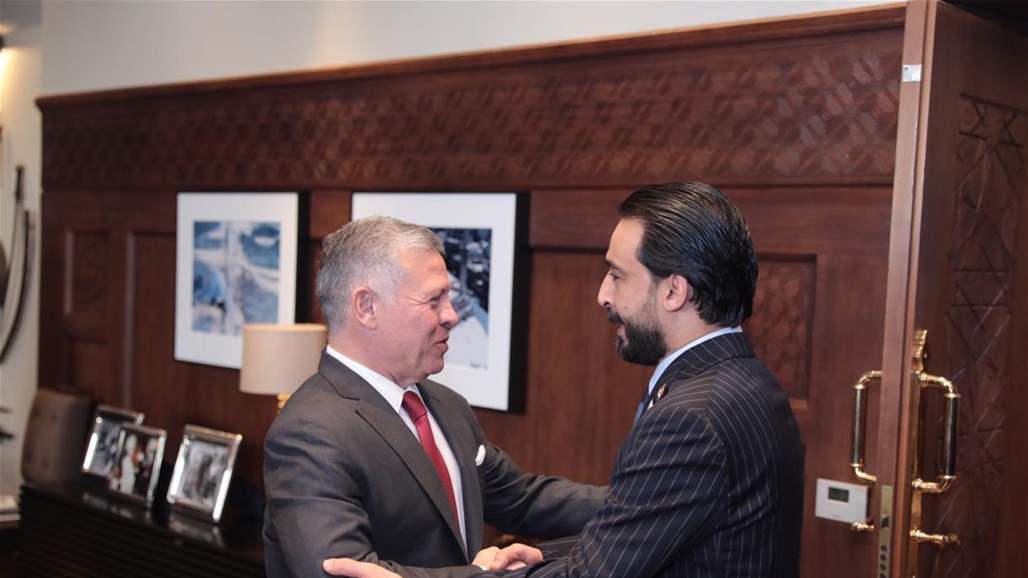 The Speaker of the House of Representatives, Mohammed Al Halbusi, met on Tuesday with Jordan's King Abdullah II, while the latter reiterated his country's position to support Iraq and contribute to achieving cooperation between the two countries.

A statement by the Office of Halbusi received Alsumaria News Nshh him, said that " the President of the House of Representatives, met today in the Jordanian capital Amman , the King of the Kingdom of Jordan , Abdullah II , was discussed during the meeting the development of bilateral relations between the two countries, and promote joint cooperation between Iraq and the Hashemite Kingdom of Jordan All fields ".

He added that "the meeting discussed the latest developments in the region and the importance of maintaining regional security and stability, especially Iraq, which has recovered and began to stabilize after its historic war against terrorism and victory over the organization of a preacher ."

For his part, His Majesty renewed the Kingdom's support for Iraq, expressing his country's readiness to contribute significantly to achieving more coordination and cooperation on issues of common concern.

Page 1 of 1
Permissions in this forum:
You cannot reply to topics in this forum
Who is online?
In total there are 121 users online :: 2 Registered, 0 Hidden and 119 Guests :: 3 Bots