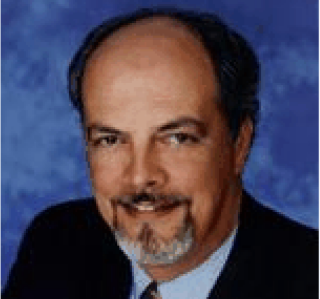 By Tom Cleveland, market analyst for Forex Traders, exclusively for Iraq Business News. Forextraders.com is an online resource for the foreign exchange market.

“Buy on the rumor, sell on the news” is a time-honored investment phrase that is oftentimes more confusing than the wisdom it attempts to impart. The meaning relates primarily to company securities that appreciate in expectation of a big news announcement. Early speculation drives ups the price, such that when the real announcement is made, most investors sell on the news to take their profits, often driving the price down, rather than up. “Pump and Dump” stock frauds also follow a similar scenario, but in this case, criminals benefit and investors lose.

A similar situation has been building for years, some say as many as eight years, surrounding the potential “revaluation” of the Iraqi Dinar. As the rumor would have it, the Iraqi economy has stabilized, and the potential for enormous foreign currency reserves from increased oil exports will drive the value of the Dinar to unconscious levels versus the U.S Dollar. The government authorities will be forced to revalue the currency from 1,175 to 3 per Dollar, resulting in an outrageous windfall for anyone owning stockpiles of the currency. Does something here sound a little too good to be true?

In actuality, the Iraqi Dinar, or “IQD”, is a “controlled” currency. The central bank of Iraq determines the exchange rate and must support that rate by maintaining adequate foreign currency reserves to handle capital flows across its borders. The IMF permits countries with a transitional economy to implement currency controls in order to stabilize their economy during its redevelopment phase. Presently, international banks will not accept the Dinar, and it is not traded on any forex exchange. Actual purchases can be made through currency dealers that have been authorized to buy and sell banknotes that are already in circulation.

Consequently, nothing can happen to the value of the currency without government sanction, but the “rumor” has spread due to previous government announcements. One popular currency website summarizes the government’s position as follows:

“In 2010, the Central Bank of Iraq announced their plans to redenominate the Iraqi Dinar to ease cash transactions. The intention would be to drop three zeros from the nominal value of bank notes; but the actual value of the dinar would remain unchanged. That would mean that 1,000 IQD (pre-redenomination) and 1 dinar (post-redenomination) would both be worth the same amount in US Dollars. Although the announcement stated that the change would take place by the end of 2010, there has been no redenomination as of January 2011.”

The government actually announced this “Drop Three Zeroes” project back in 2007, and at the time, the study was given the name of “Iraqi Currency Revaluation”. Therein lies the source of the confusion, perhaps from translation or from a loose usage of forex vernacular. A “redenomination” is not a “revaluation” under the strictest of interpretations of the terms. The former term implies that “two” currencies will exist with a “peg” between them, but the old currency will expire over a given time period and must be exchanged for the new currency.

Under a “redenomination” scenario, there is no “get rich quick” opportunity. However, when something as complex as foreign exchange rates are involved, the situation is ripe for a fraudster’s scheme. Con artists wasted no time devising clever “Dinar” deception scams that have been perpetrated as far away as Japan. Recently, over 200 unsuspecting Japanese investors, hoping for an immediate revaluation by the Iraqi Central Bank, bought millions of Dinars at inflated exchange rates. The sellers quickly disappeared.

The “Dinar story” sounds so plausible because much of it is based on fact. The Iraqi people and their government have made great strides in resurrecting a burgeoning economy, based to a large degree on a revitalized oil industry. The potential size of Iraqi oil and gas reserves has yet to be accurately determined, but most agree that the potential is enormous. There have been similar occurrences in other countries that suggest a few history lessons might provide clues to the future. Examples can be found in Venezuela, Iran, and Russia, but in each case, as oil exports increased, so did the need for imports of other goods and services. Currencies did appreciate, but slowly and in a measured way over decades.

Contrary to common sense, the rumors persist. Investment experts have denounced the purported gains as just another Ponzi scheme, yet Internet blogs are abundant with comments by hopeful investors that their day is coming. Many refer to an ambiguous claim that Kuwaitis became wealthy in 2003 under very similar conditions.

However, the Kuwaiti exchange rate remained generally level during the Gulf War. The local populace lost faith in the currency, driving “black market” exchange rates that did change radically. Bernie Madoff may be in prison, but his emulators have gone global.

Today at 4:16 pm by MidnightRider

Today at 4:06 pm by MidnightRider

Today at 4:00 pm by MidnightRider

Today at 3:58 pm by MidnightRider