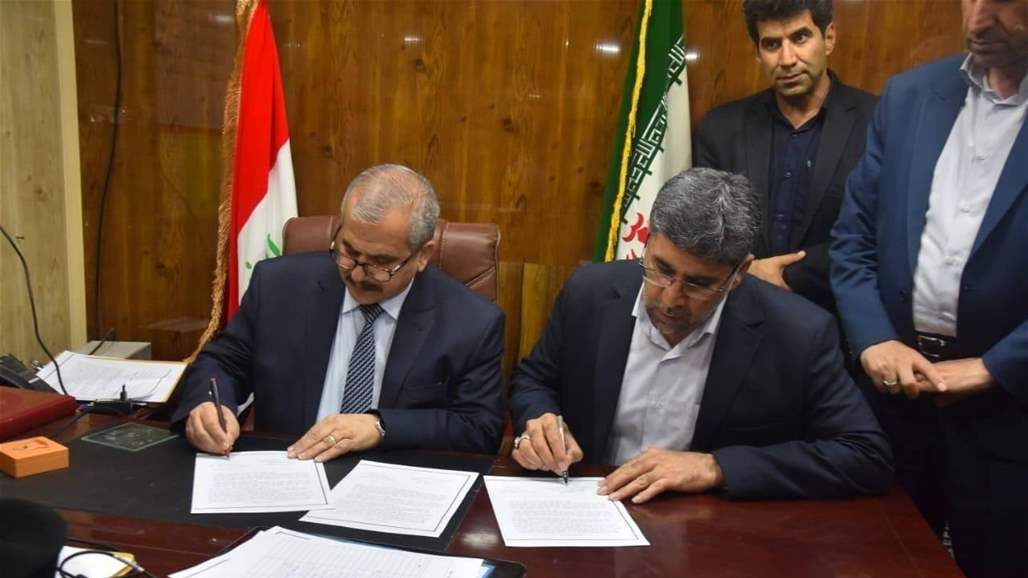 The head of the border crossings authority announced on Monday the agreement with the Iranian side on four items on the port of Mandali, while the agreement stressed not to allow the workers of both countries to cross to the other side.

Al-Aqabi said in an interview with Alsumaria News that "in order to organize the work at the port of Mandali and to reduce the violations and violations that have long been witnessed by this border port and after our knowledge of the crossing, which we found that it lacks the procedures adopted at the other ports and in order to maintain the security of the country, To prevent the passage of Iranian workers and not to allow them to work inside the port of Mandali and limited to Iraqi workers, and the consequent trade was stopped between the two countries through this border port.

"The two sides pledged not to allow the trade of prohibited materials in both countries and to take the necessary measures to limit this, and abide by the maximum load according to the laws in force in both countries."

He pointed out that "the Iranian side pledged to build a trade exchange and zero zero to be established within a maximum of two months from the date of signing the record."

Al-Aqabi pointed out that "a joint report was signed by the Iraqi side Kadhim al-Aqabi and the Iranian side Shahriar al-Haidari, director general of the border."