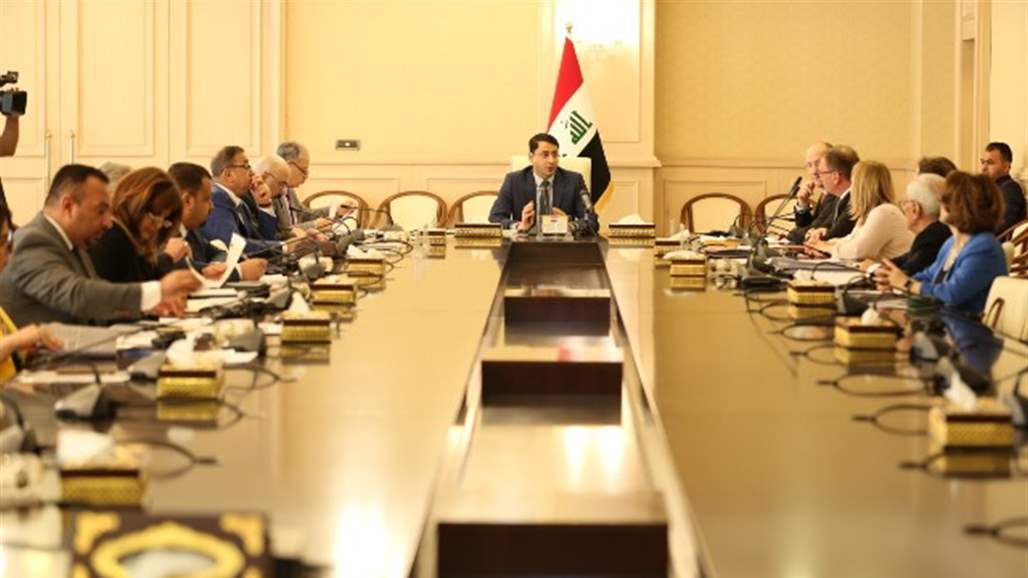 Secretary-General of the Council of Ministers Hamid al-Ghazi, on Monday, the need to accelerate the completion of projects signed within the German loan.

The Secretariat said to the Cabinet in a statement received by Alsumaria News a copy, that "the Secretary-General of the Cabinet Hamid al-Ghazi chaired the meeting committee Steering Committee of the German loan administration."

The statement added that "Ghazi stressed the need to accelerate the completion of projects signed within the German loan, as well as the signing of agreements for the next phase projects included in the budget in 2019, and added that comes to achieve the maximum benefit of credit facilities, and invest in accelerating the recovery and reconstruction projects, Priorities set by Iraqi sectoral agencies in consultation with the German side. "

The statement noted that "the Secretary-General discussed with the German Development Bank team on the loan, the potential to overcome the challenges related to the programs and projects covered by the German loan in the next phase."

"The meeting reviewed the progress achieved during the previous phase, as well as a comprehensive review of the challenges that impede the implementation of projects, valuing the Iraqi government's decision to provide facilities related to loan projects, most notably the exemption from local product fees."

He pointed out that "the committee voted on a set of recommendations, the most important of which is the proposal of the Iraqi government to increase the proportion of financial allocations to support the health sector in Nineveh exclusively by (40) million euros, after obtaining the approval of the German side to increase, and allocate (5) million euros to support electricity projects, To proceed with the implementation of projects (water, electricity, sanitation, roads and bridges), and approved the quarterly report submitted by the Reconstruction Fund for liberated areas, on the achievements achieved during the last period.