Abdul Mahdi sues Halbusi and documents reveal the cause

Abdul Mahdi sues Halbusi and documents reveal the cause

[ltr](Baghdad: al-Furat News) Prime Minister, Adel Abdul-Mahdi, filed a lawsuit against the Speaker of the House of Representatives, Mohammed Halbusi.[/ltr]

[ltr]The documents obtained by the agency {Euphrates News} a copy of them that Abdul-Mahdi filed a lawsuit in the Federal Supreme Court against Halbusi, "to the legislation of the House of Representatives Law of the Independent High Commission for Human Rights No. 35 of 2008 in violation of the provisions of the Constitution and what was settled by the Federal Court and without question The government and ask them. "
The complaint pointed out that "these irregularities" in the validity of the House of Representatives legislation of the laws and the financial viability without reference to the government and the determination of the supervisory authority on independent bodies, including the Office of Human Rights.
The lawsuit also included a statement of the government's authority to nominate and appoint the members of the Commission on Human Rights and the violation of the conditions of candidacy for the membership of the Commission for the provisions of the Constitution and the granting of bonuses and privileges and conditions of grant and the consequent financial burdens and other violations. [/ltr]

Re: Abdul Mahdi sues Halbusi and documents reveal the cause

nice to see one crook fighting another 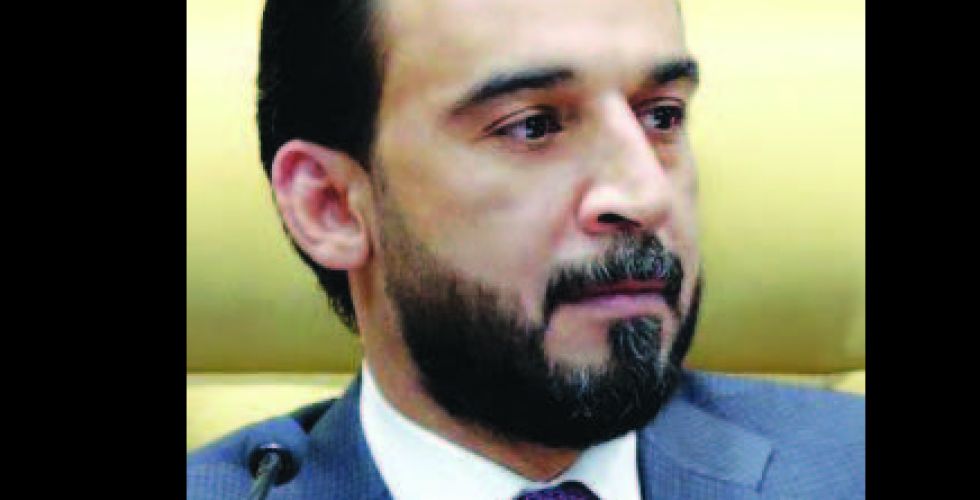 Hamed said in a statement received by Al-Sabah: "What the media and social media reported about the lawsuit filed by Prime Minister Adel Abdul-Mahdi on the Speaker of the House of Representatives Mohamed Halboussi on the law of the Independent High Commission for Human Rights is a natural context and not a suit for personal rivalry Between them, but is a lawsuit against the President of the House of Representatives in addition to his job, which is known as the law (moral) ".

He added that "the law allows each party to initiate lawsuits to challenge the laws legislated by the Council either in its current session or previous sessions if any of them found that there is a legal problem or interference in the powers, as the law allowed citizens to submit appeals on a decision or law in accordance with the Constitution, Noting that "the Federal Court is the body authorized to rule between the legislative and executive authorities, the right of the proceedings or invalidation, and therefore there is no personal rivalry between Prime Minister Adel Abdul Mahdi and Speaker of the House of Representatives Mohammed Halbusi, but in the context of their moral functions.

On 30 April, the Prime Minister filed a lawsuit against the Speaker of the Council of Representatives concerning the powers of the Prime Minister regarding the appointment of the heads of the independent bodies and the special controls for their appointment, specifically the law of the Independent High Commission for Human Rights.

The parliamentary prosecution: The case brought by the Prime Minister to the Speaker of Parliament is illegal

The parliamentary prosecution: The case brought by the Prime Minister to the Speaker of Parliament is illegal A member of the legal committee Bahar Mahmoud, said on Monday that the lawsuit filed by the Prime Minister to the Speaker of the House of Representatives on the dependence of independent bodies is illegal and should be responded by the Federal Court.

"The lawsuit filed by Adel Abdul Mahdi on the Speaker of Parliament Mohammed Halbusi on the dependence of independent bodies, especially the Independent Electoral Commission that these bodies belong to the executive authority, ie the government and the Federal Court is supposed to respond Suit ".

She added that "this lawsuit must be answered because it is contrary to Article 102 of the Constitution, which states that the High Commission for Human Rights and the High Electoral Commission and the Integrity Commission independent bodies subject to the control of the House of Representatives and regulates its work by law, that these bodies are not the executive branch of the legislative authority, For the control of Parliament as one of its functions is oversight, but these bodies are financially and administratively independent. "