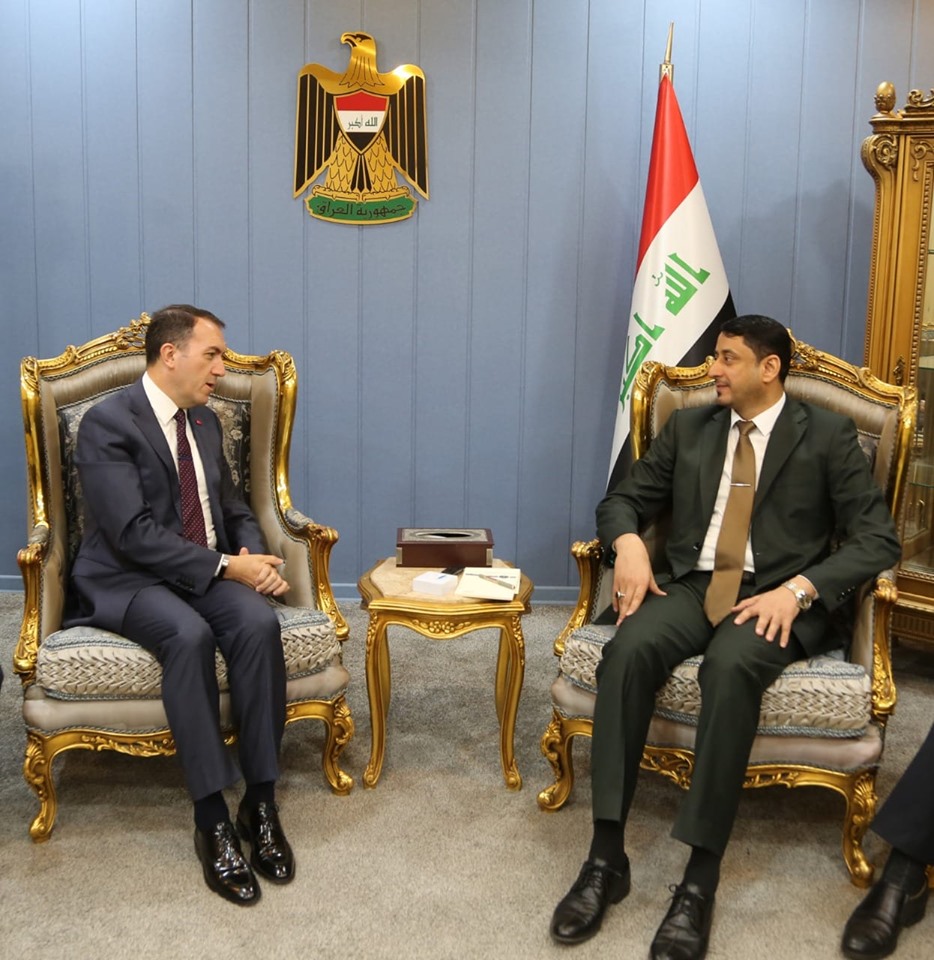 Secretary-General of the Council of Ministers stresses the importance of developing common relations between Iraq and Turkey The
Secretary-General of the Council of Ministers, Hamid Naim Al-Ghazi, during a meeting with Turkish Ambassador to Baghdad Mr. Fatih Yildiz stressed the importance of bilateral relations between the two neighboring countries. The two peoples.

Yildiz pointed to the volume of trade exchange between the two countries, calling for the importance of opening new border crossings, which contribute to increase exchange, stressing the willingness of his country's companies to do so by rehabilitating the road, which extends from Vishkhabur to Baghdad and to FAO.

The meeting touched on the water issue and the possibility of transferring Turkish expertise to Iraq in the field of water management.

The Turkish ambassador also expressed the desire of Turkish companies to invest in the construction of airports, including the airports (Mosul, Kirkuk, Dhi Qar), reiterated his government's commitment to the decisions of the Kuwait conference and the importance of rebuilding Iraq.

To that the Secretary promised to provide all facilities for Turkish companies willing to invest and reconstruction in all provinces and the possibility of reaching joint agreements serve the parties.

Page 1 of 1
Permissions in this forum:
You cannot reply to topics in this forum
Who is online?
In total there are 185 users online :: 2 Registered, 0 Hidden and 183 Guests :: 3 Bots