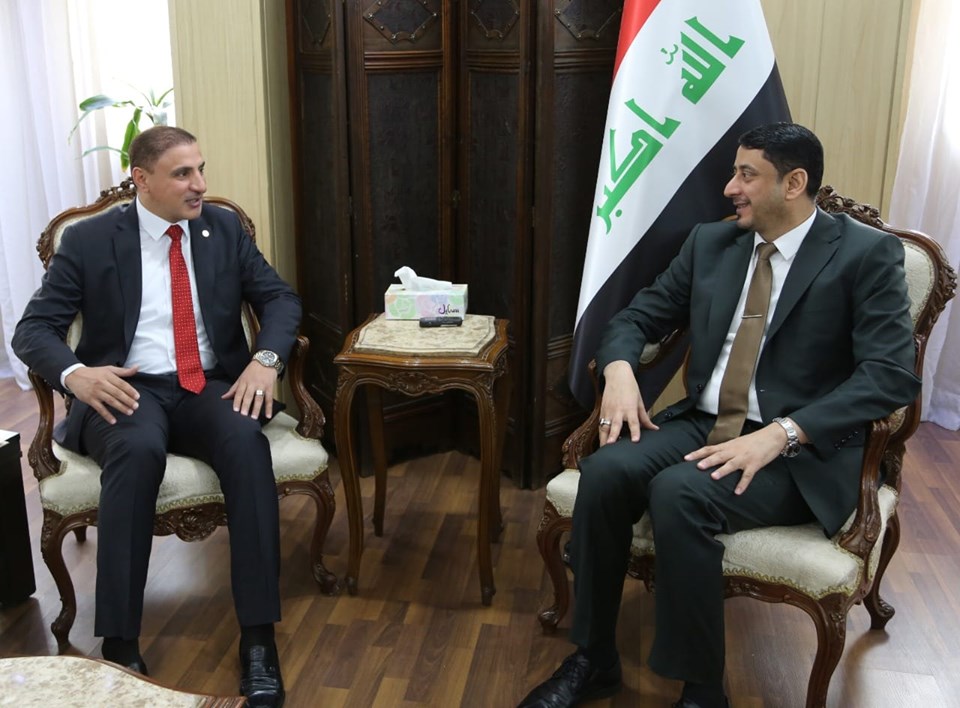 Secretary General of the Council of Ministers, Hamid Al-Ghazi, affirmed his support for the vital projects that serve the citizens in all Iraqi provinces, especially the liberated ones, because he suffered during the period when he called the terrorist. During his meeting with the deputy governor of Anbar province, Mr. Faleh al-Issawi, who conveyed the greetings of the Speaker of the House of Representatives Mohamed Halboussi, congratulating him on his new position, the government's orientation in the current period focuses on restoring the stability of the liberated cities and reconstructing them.
Al-Ghazi added that there is a great work done by all governmental institutions to achieve the mentioned during a record period.
The Secretary-General discussed with al-Issawi several files, most notably the procedures related to the transfer of Anbar airport to investment, because of its importance in reducing the burden on the people of the province, where Issawi said that the establishment of the airport has become an urgent need to maintain its large area and its periphery.
Also discussed were the compensation files and the appointment of the first graduates of the people of the province.
Mr. Al-Ameen pointed out the need for joint action to remove these obstacles, affirming his full support for all their efforts in serving the people of the province.