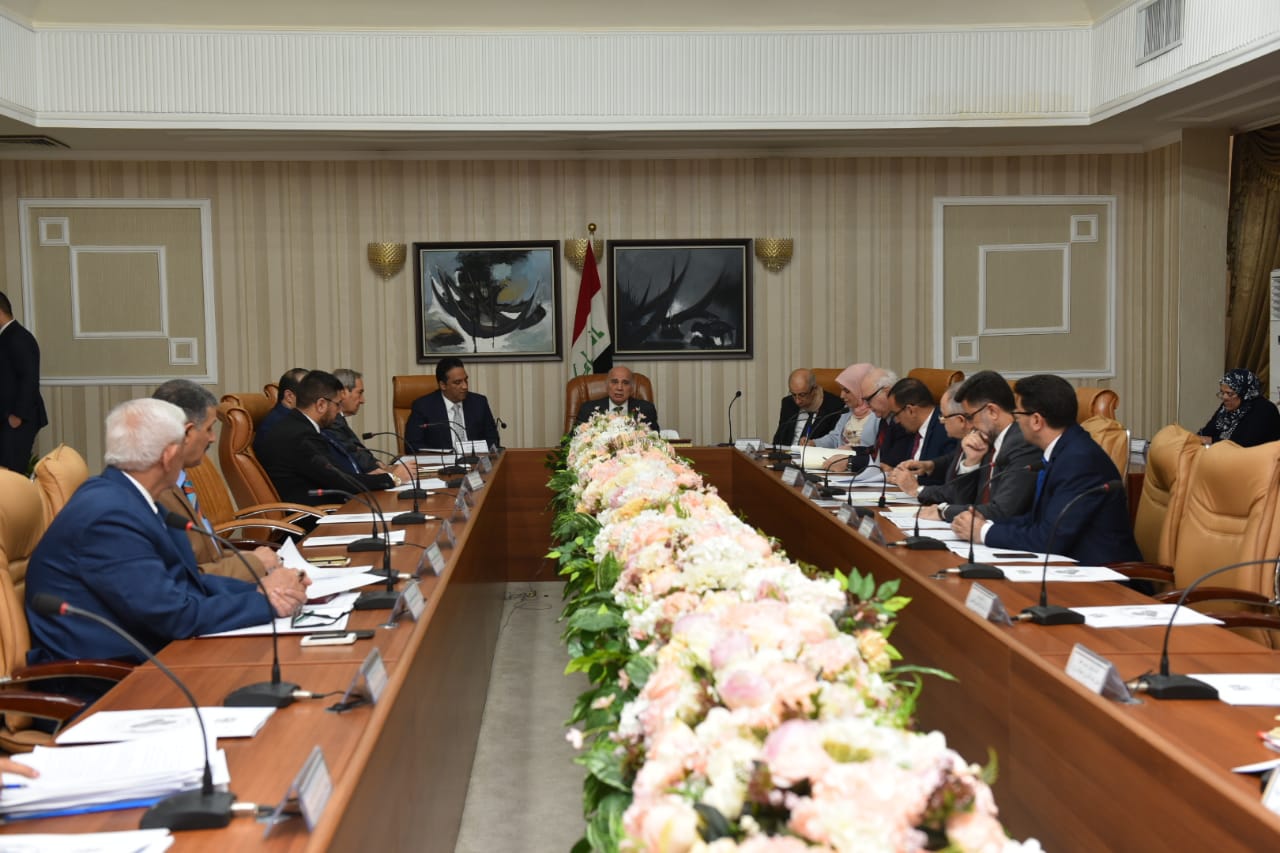 Chaired by Deputy Prime Minister for Economic Affairs and Finance Minister Fuad Hussein , an expanded meeting of the Committee for the preparation of the state budget for the year strategy 2020-2022 which was attended by Chairman of the Parliamentary Finance Committee MP Haitham al - Jubouri and a number of members of the Finance Committee and the advisers of the advisers and Deputy Minister of Finance and was at themeeting Discussing the oil revenues, the price of a barrel of crude oil, the quantity of planned production and the revenues of the oil and non-oil region from the revenues of customs tariff, direct and indirect taxes, as well as the presentation of the development plan and the initial framework of the government program

The attendees also put forward a number of viewpoints in order to present a budget for future vision in the coming years to prepare a precise budget and identify the documents that can be applied. Emphasis was placed on the adoption of some things that fall within the budget, including how to reform the economy and financial and monetary management in the state administration and encourage the private sector , And on the other was discussed encouraging the investment law and national investment projects in the field of oil, agriculture, industry, tourism and transport in addition to foreign investment and included in future budgets and the proposal to allocate funds to create investment opportunities Provinces