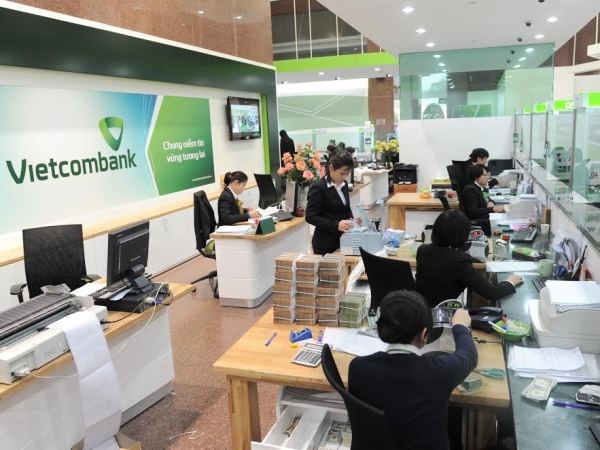 State-owned banks, including Vietcombank, have kept interest rates of đồng deposits steady at 6.83 per cent per year for 12-13 month terms. — VNA/VNS Photo


HÀ NỘI — The State Bank of Việt Nam (SBV) net injected more than VNĐ5.51 trillion (US$236.69 million) into the market last week to support the liquidity of the banking system.

According to the latest report from Bảo Việt Securities Company (BVSC), the SBV issued new seven-day bills worth VNĐ49.99 trillion at an interest rate of 3 per cent.

Banks listed lending rates at 9-11 per cent per year for medium- and long-term loans. — VNS