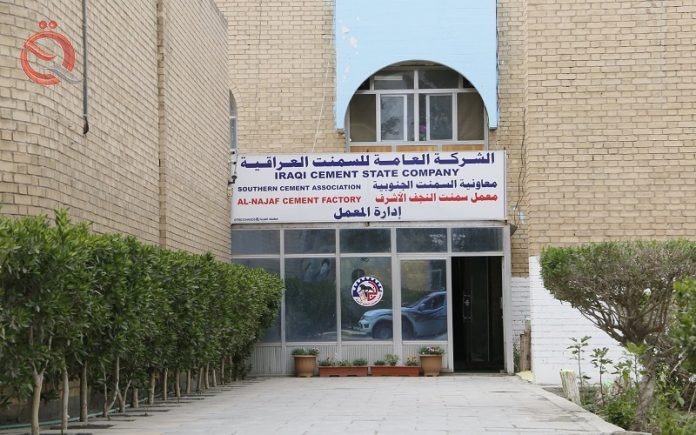 Economy News _ Baghdad
The cement factory of Najaf in the Southern Cement Cooperative Company of the Iraqi General Company for Cement, Sunday, reached access to the design capacity by producing (11700) tons per month and marketing quantities reached to (17) thousand tons during the month of March.
The head of the kilns department in the lab, Ahmed Kazem Abbas, said in a statement received by "Economy News" a copy of it, "The cement plant Najaf consists of one production line for the production of ordinary Portland cement with a capacity of 600 tons / day," stressing that " Production capacity for the first three months of this year and was able to access the design capacity production (11700) tons per month. "
Abbas added that "the plant has the potential to market larger quantities of design and processing requests, pointing to the marketing of (17) thousand tons during the month of March."
"The plant has a programmed maintenance plan to ensure continuity and continuity of work and production during the implementation of the plan as the plant continues to supply the required quantities with the possibility of increasing the capacity to reach (1000) tons per day."