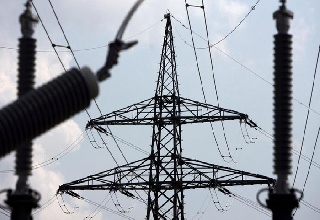 Deputy Prime Minister for Energy Thamir al-Ghadhban on Thursday confirmed the information revealed by the IAEA on the spending of Iraqis on the four billion dollars a year on generators, eligibility, returned a large amount.
Al-Ghadhban said in a statement published by the official newspaper "Al-Sabah" and read by "Economy News" that "what is spent by citizens, such as the cost of providing electricity to generators of the capacity of four billion dollars annually according to international reports, is very large, which is not the right way to address this The file, taking into account the subsidized fuel provided by the state to generators, which increases the rate of waste.
Al Ghadhban added that "the best solution to deal with this file must be the construction of obstetric capacity, transport and distribution in modern ways, and improve the reality of collection, pointing to" the absence of service without collection, while maintaining prices without increase. "
"Do more to make this summer better than before and work to provide greater processing rates for citizens," Ghadhban said.
The International Energy Agency revealed, on Tuesday, on the spending of the Iraqi citizen four billion dollars a year on the generators of civil, indicating that the budget generator eligibility exceeded the budget of the Ministry of Electricity a half and a half.

Page 1 of 1
Permissions in this forum:
You cannot reply to topics in this forum
Who is online?
In total there are 74 users online :: 0 Registered, 0 Hidden and 74 Guests :: 1 Bot