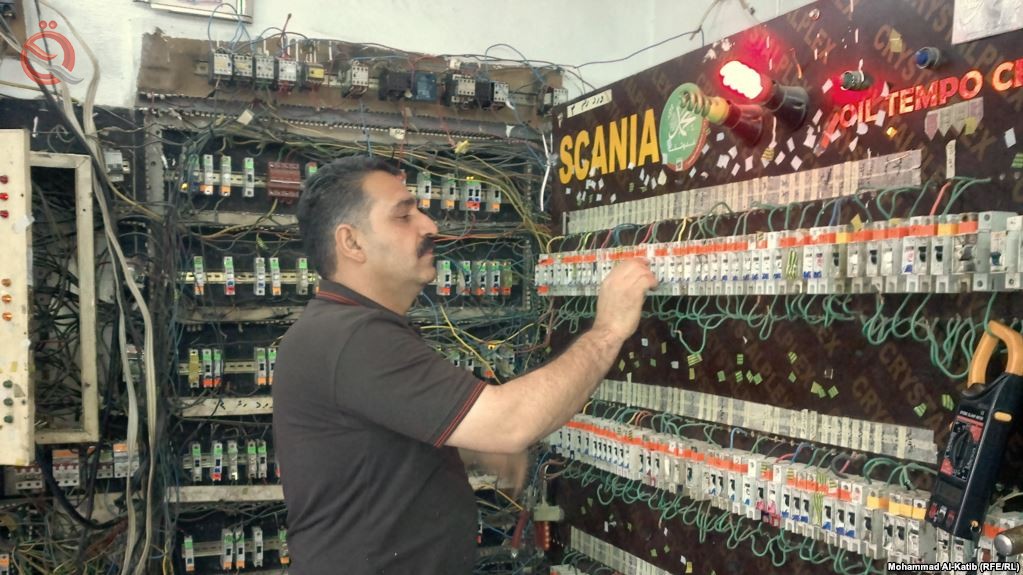 Economy News Baghdad
The International Energy Agency revealed on Tuesday that the spending of the Iraqi citizen on electricity exceeded his counterpart in Germany four times, indicating that the budget of generators eligibility exceeded the budget of the Ministry of Electricity a half and a half.
He said the Secretary General of the Agency, Fatih Dirul said in a statement quoted by the newspaper "morning" official and briefed by "Economy News", "The Agency and through its study of the depth of the status of electricity in Iraq, has come out with several recommendations, stressed the need to be followed by the Ministry to promote this sector as soon as possible, The most prominent of which is the maximum utilization of the current available energy of up to 32 kW, which Iraq is using only 16 kW through maintenance and maintenance, in addition to eliminating the waste of the exploited energy amounting to 16 kW through the transport and distribution sectors.
"The rate of waste in energy exceeds 40 percent, which is a very large proportion of global measurements that do not exceed 8 percent, while the rate of waste in African countries, 16 percent," he said, calling on the ministry "to work now to reduce the rate of waste in Energy, to 25 percent as a first stage to achieve an increase in production, which contributes to solve a large part of the problem.
He disclosed that "the Iraqi citizen pays the owners of civil generators, the equivalent of four times what the cost of the consumer in Germany, and what the owners of generators received last year amounted to four billion dollars, which is more than the Ministry of Electricity budget about one and a half," returned "It is unacceptable and unfair, what must be the creation of serious instructions and legislation to regulate this process."
He stressed that "the need to work to increase the number of small and mobile generators to reduce the total or large dependence on the power plants, and the trend to interest in solar energy," pointing out that "Iraq from the countries very rich in solar energy, whether quantity or quality."
He urged the government to "take steps to stimulate the investment of solar energy in the country and build its stations throughout the country," noting that "the importance of Iraq to document its relations through cooperation in the field of energy through electric linkage with neighboring countries."

Page 1 of 1
Permissions in this forum:
You cannot reply to topics in this forum
Who is online?
In total there are 72 users online :: 0 Registered, 0 Hidden and 72 Guests :: 1 Bot