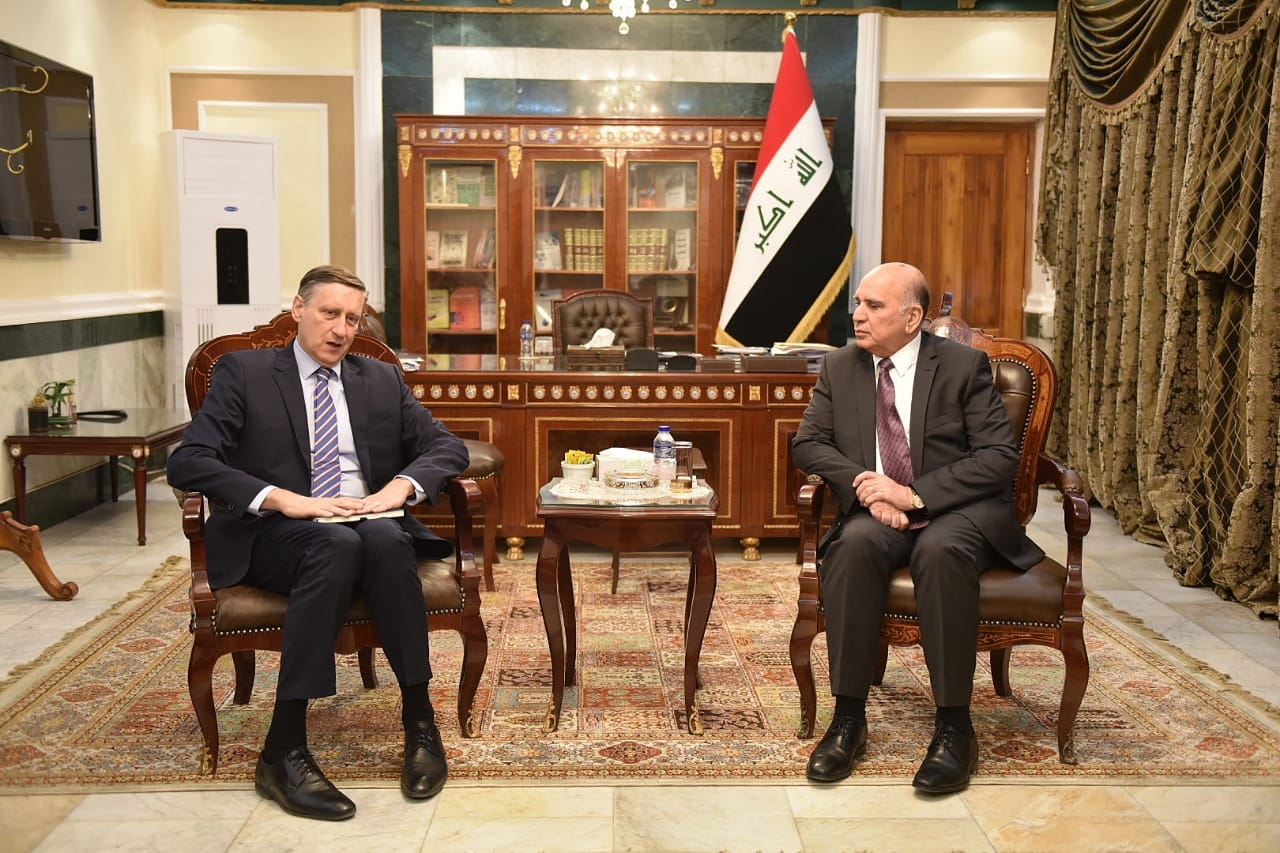 The Deputy Prime Minister for Economic Affairs and Finance Minister Fuad Hussein met in Baghdad Mr. Cyril Nun, the German ambassador, accompanied by a number of representatives of the large German companies.
During the meeting, they exchanged views on the mechanisms of strengthening trade and economic relations between Iraq and Germany. In this context, Mr. Nun noted the desire of German companies to strengthen their work in Iraq and to engage in strategic projects and benefit from investment opportunities in various sectors, Education and agriculture.
For his part, welcomed the Deputy Prime Minister for Economic Affairs all investors and companies operating in Iraq and wishing to enter the Iraqi labor market, and Iraq needs German expertise in all fields because of its expertise and high technology and work partnerships to improve the real level of services provided to citizens.
The two sides agreed on the need to create an attractive and safe working environment in order to encourage investment and investors.
Mr. Nun reiterated his government's support for the Iraqi government to contribute to the development and revitalization of the Iraqi economy. The government has allocated 100 million euros annually to support small and medium enterprises through the Iraqi Trade Bank.