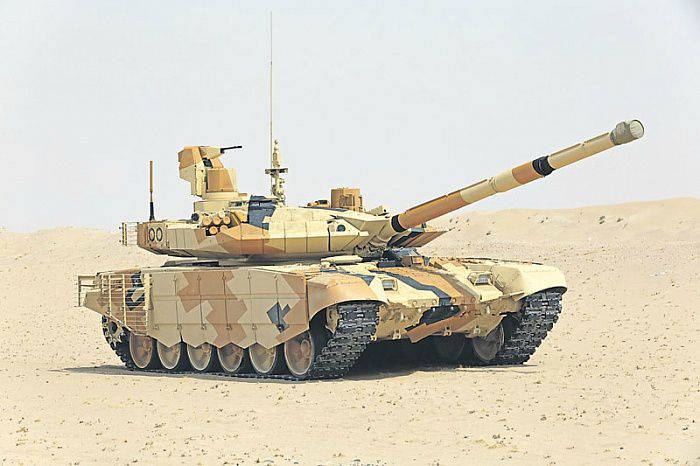 revealed Fort Ross Network Russian Saturday, new details of the type of modern tanks "T - ninety", which recently received Iraq within the fourth meal of the contracted weapons on them.
The network said in a report translated by Mawazin News that "the tanks sent and according to the desire of the buyer, provided with special air conditioning for the crew," indicating that "air conditioners can be installed on the left side of the tower."
It added that "Iraq received 250 tanks have been placed air conditioners in view of the extreme heat in Iraq, which hinder the work of tank crews most of the time, and reduce the chances of success in the military operations that they participate."