The "business as usual" approach to the currency devaluation/revaluation process that the world PTB have used to gain the wealth necessary to continue the world domination and control they have utilized, through the centuries, has been altered. This alteration, much to their chagrin, has caused a state of vexation. The main reason for this alteration change has been that the former deep covert practices utilized to hide their true purposes from the world populations has suffered transparency through advanced technology, ie, the internet. Their first mistake was to legalize the exchange of IQD, which they had devalued during the war, by U.S. citizens, which included the PTB. They mistakenly thought that they could exchange the IQD that they had, in abundance, after the cessation of the war for value and oil. This would pay the warfare bill, stated plainly by the existing president, and bring down the national dept to a point where they could continue to rape the American populace. They thought that they could act quickly enough to maintain exclusivity. The information explosion of the internet revealed the nefarious plan and the IQD entrepreneurs, dealers, and informed citizens became involved. Thus their covert operation had to evolve. It was changed to the present GCR. This was done so that control could be maintained, by the Cabal, and the influence of the new participants could be mitigated. I realize that this simplistic explanation is not all encompassing, but correct nun the less.

Even before this Cabal covert op there were things, positive covert ops, that were taking place.

1. The criminal banking Cartel and its sociological influence was being realized and exposed to the world.

2. The NESARA, evolving to the GESARA, was proposed by a group of old time, 1940ish technocrats, pseudo socialists and Republic patriots. It could not be implemented because the U.S. and worldly social structure would have collapsed the way it was written. Plus the Cabal, the deep state,at that time, had sufficient power to negate its implementation. Even at this date these systems will have to under go a significant renovation to match whatever state the RV/GCR presents after all exchanges are allowed, IMO.

3. The structure of the worldly Cabal, Deep State has been and is being restructured, dissipated, and its power mitigated through, and by, covert operational groups. This process will never be known and its outcome will have to be continually monitored and moderated by processes controlled and in flux by the peoples of the world. This is not some fantasized wished for outcome, it must be sought and adhered to. We, everyone must remain vigilant.

All of the , so called, delays that have occurred that have prevented the GCR to date, have not been the real reasons that we have not been allowed to participate. Although there have been many processes that were necessary for a world wide financial program to evolve for both structural and security reasons. This is not what kept us, as Dinarians, from fruition. The foot on the tail has always been that the true Powers That Be, who ever they are, in all countries, are reluctant to change their social structure to unknown parameters. One is to give wealth, a power source, to those who do not know its true use. That is why Iraq has removed, in country, 3 zeros off their currency. Other countries, U.S. included, will adopt some sort of currency manipulation to mitigate this huge financial outlay that lies ahead. You might as well get ready for whatever it will be and however long it takes the controlling powers to figure the best outcome for the worldly benefit.

IMO, it is entirely possible the outcome I have referenced has been accomplished. There seems to be a tension weekly that was not present previously. I think that part of the delay tactic we have had to endure is part of a process to produce a mental attitude of acceptance as to what is to occur during our exchange appointment. IMO, it is going to happen and it will be in accordance with the best interests of all. Take what you have prepared for and accept what is given. Then use with vision and purpose......in love and light. 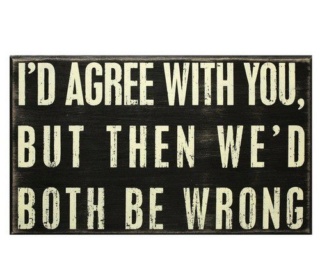